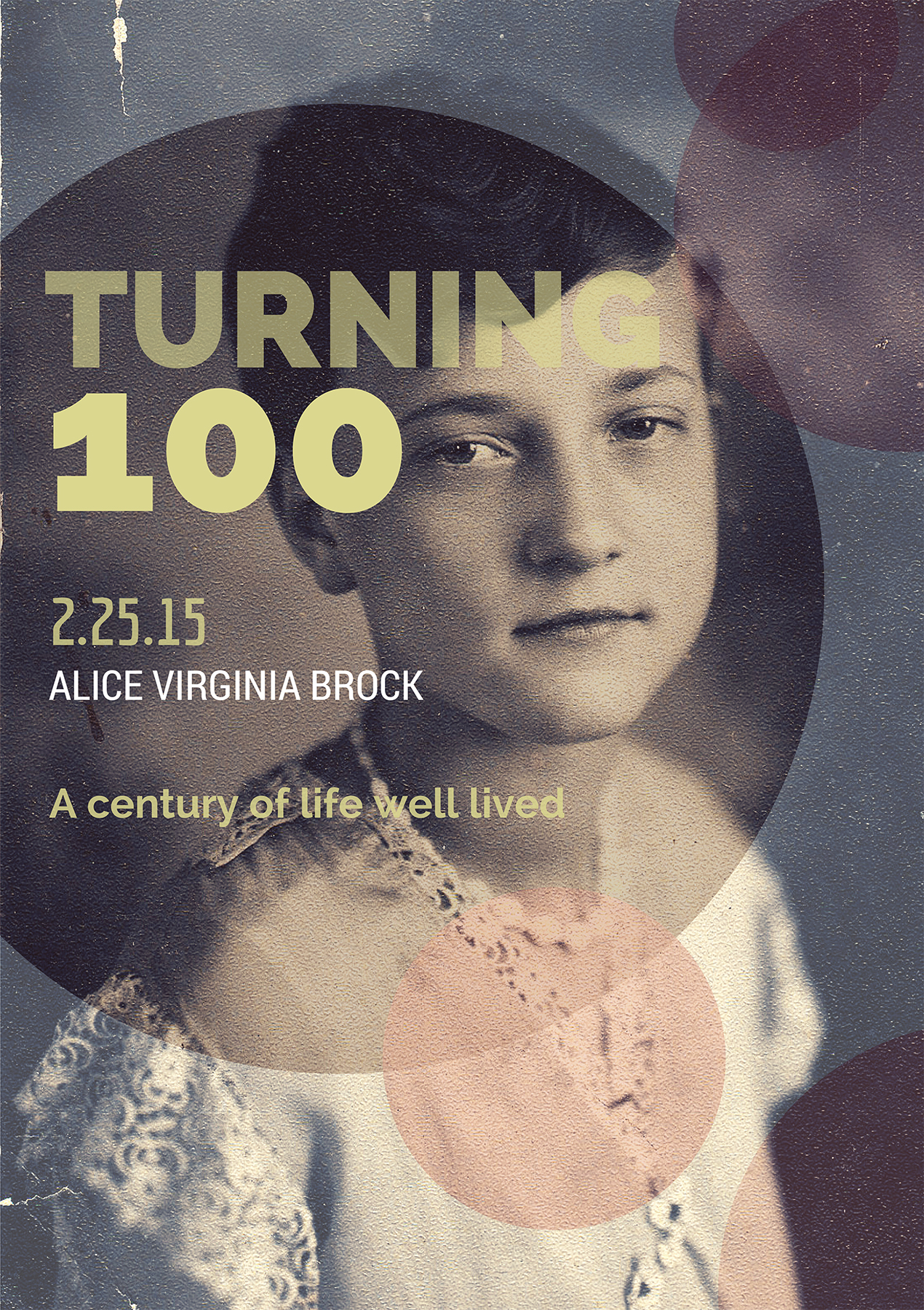 / / {Above is the cover… or front page… I made for the 100th Birthday Scrapbook that my sister and mom put together for my grandma.}
. 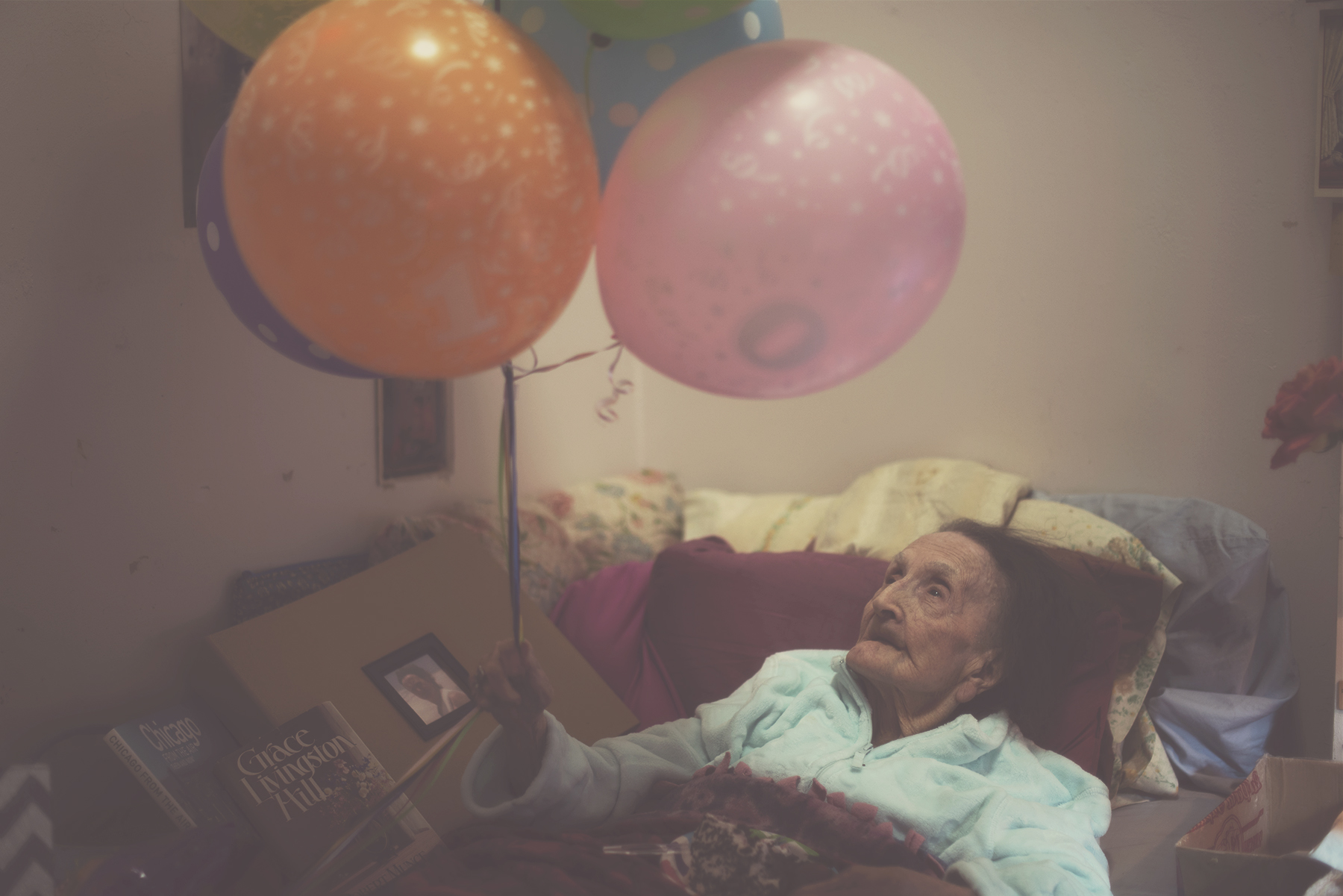 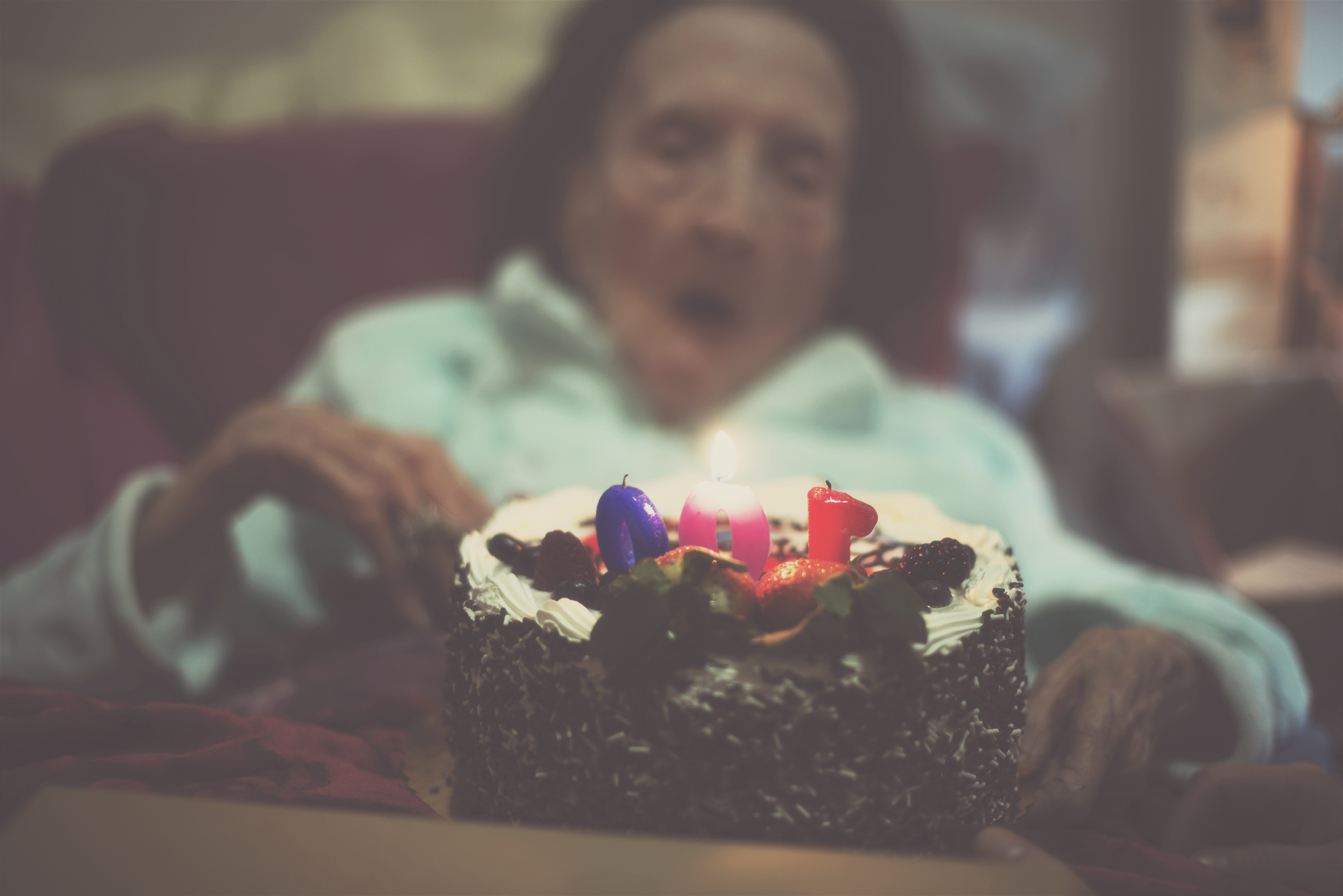 .
Though it’s been two months since I last wrote here, and I’m officially still on a blogging break, I have a special reason to get back on here tonight.

My grandmother turned 100 years old yesterday. Had I not gotten home so late from celebrating with her in the city {past midnight}, I’d have stayed up to put together a post for and about my grandma and her long and precious life.

It amazes me that she’s reached 100. But I’m even more amazed each time I see her {which is not often enough}. Though she has a really difficult time hearing us, she still sees quite well and is very coherent and aware. I think there are a few short-term memory issues… she may forget it was me she just talked to… or even forget who I am until I remind her who and why I am there. But my grandmother’s memory of the past is very keen. It amazes me that she remembers so much of the 100 years she’s lived.

She did not talk much last night, but when she did, it was always some quip loaded with wit. She made us laugh. She made me cry… like she always does when she looks me in the eye, usually when I’m hugging and kissing her goodbye, and tells me life is all about living for the Lord… it’s all about what Jesus did for us. My grandma can’t boast a life of contribution to science or medicine or education. Her life did not play out like Mother Theresa’s or anything like that. But she had a hard life, yet she always remained faithful, and positive with a most-of-the-time great attitude. Attitude often gets little of the praise it deserves… well, a good one, that is. A good attitude can make a poor man every bit as rich as a wealthy one. It can make an uneducated person seem every bit as wise as the most learned. It can make a simple woman, who never made any great contributions to society as a whole, look as well-accomplished as a Nobel Prize winner. In other words, if I had to choose between a grandmother who did so much for the world and for her family, but didn’t have a good attitude, or one who did next to nothing with her life {outside of raising a family} in the world’s eyes and was thus quickly forgotten about, but had a great attitude through it all, I’d pick the latter every time.

I aspire to her outlook and attitude about life, as well as to her devotion to Christ. And I am proud to be her granddaughter. She may yet live another five years… or more! Who knows? After seeing her last night, I would not be surprised. This is one tenacious lady.

There’s so much more I could write about her and our visit/celebration… and I still plan to, along with several more pictures. Still feeling, tonight, the effects of last night’s lengthy visit and long drive to and from the city in unfavorable weather conditions, I will retire to bed instead. Hopefully I can get to the rest of the photos and what I wanted to say tomorrow.