Hidden Heartache in a Changing Heart 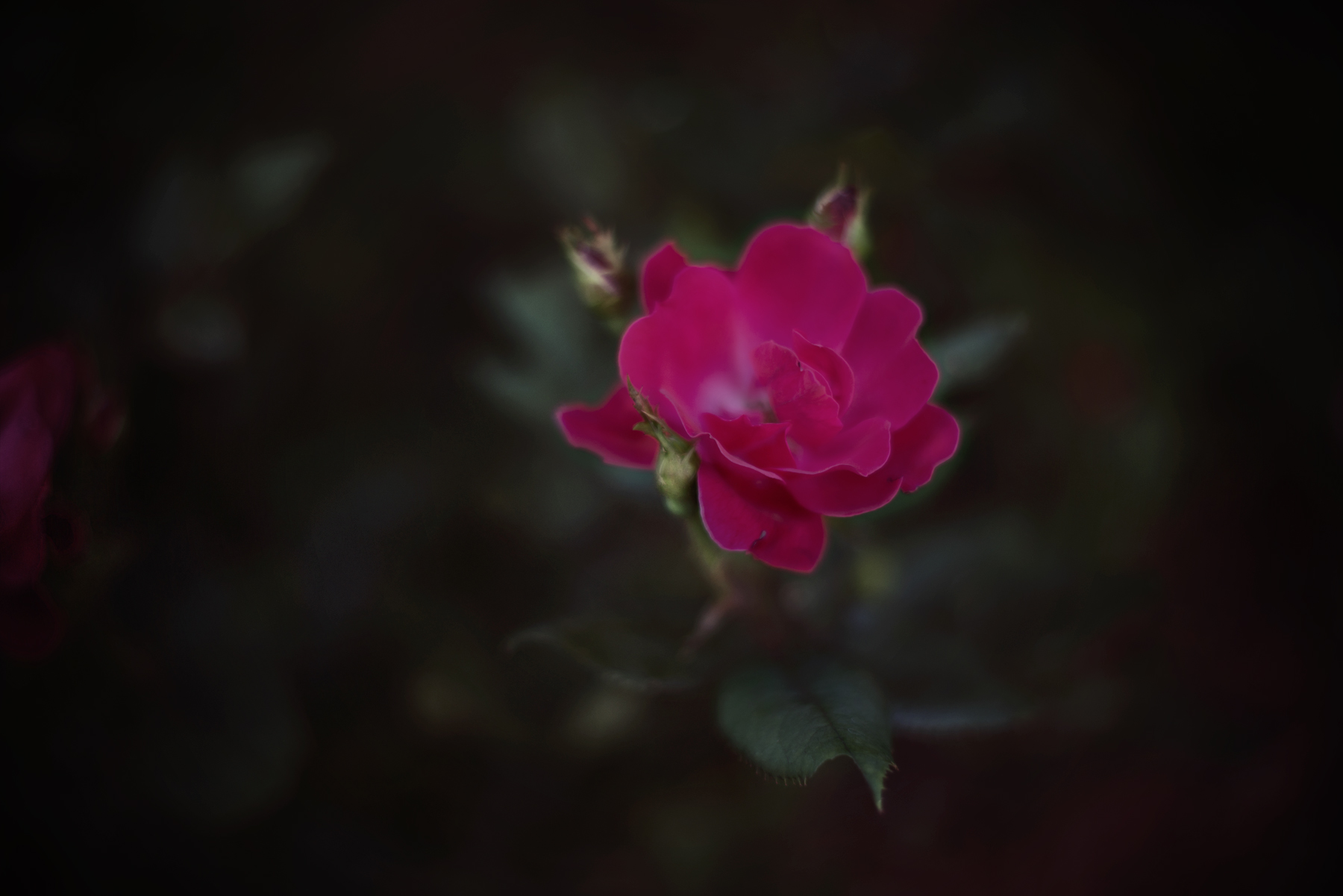 Hidden heartache has a way of latching itself onto the very atoms of your being, forever becoming a part of you. Sparked by all sorts of sensory impressions, it oozes out, reminding you it is still there, still reforming you. {from Schema of a Soul by Kimberlye Berg}
.

I’m finally reading a book I’ve been meaning to get around to. It is the book referenced in the quote above. I was told by my friend who purchased and sent it to me that I would find it to be beautifully and artfully written. She was right. Not that I did not trust my friend, but knowing she is a friend of the author of Schema of a Soul, I thought maybe her assessment of it might be slightly shaped by the fact that they are friends. But I can honestly say that I find it to be every bit what she believed it would be to me… and more.

So many words in it have quietly leaped off the page as I’ve read. I’m already a third of the way through the book just in one night—the first night I picked it up to read since it came in the mail—which is huge for me, since I so rarely create time to read. Being tired and ready for sleep, I’ve found a good place to leave off for the night… right at the end of page 47 which ends with the sentence I quoted above. It’s a good one to drift off to sleep with, especially since half-way up the page {which opens the chapter}, she starts out a new theme on the “aftermath” of her loss, opening with a great quote from C. S. Lewis that speaks so much to where I am right now…
.

Not that I am {I think} in much danger of ceasing to believe in God. The real danger is of coming to believe such dreadful things about Him. The conclusion I dread is not ‘So there’s no God after all.’ but ‘So this is what God is really like. Deceive yourself no longer.’
.

I see those words and think well, what came next?… what did he say after that? I mean, as far as I know, he died believing that God is good. I don’t think he ever “went there.” He only talked about the danger or dread of going there.

As for her, I haven’t even read far enough into the chapter to know how this author ties her own words into the quote she so carefully chose to open it with. But I am so curious to see what she’ll say. This writer lost a son. In her book, she writes all that surrounded that loss. Having lost a daughter {though under drastically different circumstances}, I agreed, even before reading, that this might be a good book for me to sit down with. I think I am just about to get into the part in her story that my friend Michele had in mind when she sent me this book. This friend was surely listening when I told her about the parts in dealing with loss that are more difficult than the loss itself, because when she told me about the book, she spoke to that piece of it. I don’t recall her exact words, but she thought I might gain a lot of comfort as I read about the experience of her friend in dealing with grief and how much changes after a loss of a child.

Perhaps the timing of my choosing to read just now is no coincidence, for it is in that very frame of mind that Lewis speaks of above that I find myself. It’s not that loss has made me question if God exists, but rather, just how He works and what I believed of Him… even up to very recently. I realize that it is in pain {which I alluded to a few posts back} beyond or past what we felt when we lost our daughter that I find myself questioning who God is. Mr. B and I often think and talk like Lewis… “so this is what God is really like.” It’s not as though we just started saying it out of the blue or anything. It was gradual. And it started back when all three of us were violently ill with a nasty long-lasting, depleting stomach virus shortly after our baby girl had died. Such a small seed of how could you? it was, that it was barely a recognizable thought. The next of many trials or losses to come along would not reveal itself as “deceive yourself no longer.” And even now, we’re not quite there. Well, I should say, not constantly. Moments of feeling this way do come. But what are you doing to us or with us? only grew… is growing.

Little losses. Then big ones. Most recently, job loss {my husband’s}. Not just job loss, but job confusion. As my counselor pointed out, perhaps this is actually something that will be gain in the long run… the catalyst to a better job, and thus a more structured and stable life. But right now, when we needed settled dust {or thought we did}, the dust is anything but still. And it fills our eyes so that we can not see.

I think that is why my grief is stronger than ever. It’s not even like loss upon loss anymore. It just all feels like one big loss… like life is loss. A chapter or two earlier in this book, the author quoted something else from Lewis. Being an avid fan of his work, I’ve seen this quote before. It resonated with me even long before Anysia came along.
.

There is no safe investment. To love at all is to be vulnerable. Love anything, and your heart will certainly be wrung, and possibly broken. If you want to make  sure of keeping it in tact, you must give your heart to no one, not even an animal. Wrap it carefully round with hobbies and little luxuries; avoid all entanglements; lock it up safe in the casket of your selfishness. But in that casket – safe, dark, motionless, airless, it will change. It will not be broken. It will become unbreakable, imprenentrable, irredeemable. The only place outside heaven where you can be perfectly safe from all the dangers of love is hell.
.

No… a job or an income are not like a person you can give your heart to or keep it from. But besides the loss of a job—which is still a loss, and one that is more about the hardship it creates at a time like this than it is about heartache—there are other things. I’ve written about some. Recently, it’s tough conversations with people I can either choose to be vulnerable with or lock my heart away from. And where I start to hate grief is in those places where I don’t know if grief is the cause of everything that seems to be falling apart or slipping from my grasp, or if it’s just life… just plain old life that would be happening anyway, even if a baby had not died in my arms.

I guess what I’m saying is, I wonder how this book ends… this book I’m reading about someone else’s unfolding grief. This book of mine—my own words. My own experience. I have wanted to write about grief so many times here. In the beginning, it was easy. The beginning itself was easy—not just writing about it—compared to what it’s like now. After a while, I couldn’t write anything in regards to my grief. Every time I realized I had something to write or the clarity to write it, grief took on an entirely new garb before I could do so.

I’d even write more about this particular stage if I wasn’t sure it would change as quickly or as much as at any other point. Oh… and that “Five Stages of Grief” thing? I’m so relieved to have read somewhere that those stages don’t all play out like some well-constructed theatrical work, because it’s nothing like that… Denial, Anger, Bargaining, Depression, Acceptance. It is not each one unfolding in that order, equally divided among distinct boundaries of a time frame that is your easily recognizable grief. It’s much messier and much more vague than all that. And if {or when} any of those show up, they don’t just show up like the guy at the airport holding the sign up, identifying himself so you know who your ride is. No, these five all blend in with the rest of the crowd. Sometimes you don’t even know which is which. Right now, anger seems to be very prevalent. Sometimes it is in the form of disappointment or pure sadness… or rather, that is how it flows out, though inwardly it’s pretty much just pure anger {or is it pure disappointment coming out like anger??… I don’t know}. But the tricky part is the fact that, often, it doesn’t even feel related to losing my daughter. Often, it’s something entirely different triggering it. And then I’m left reeling… Was that because I’m grieving? Or have I just changed that much? Or has grief, like I once read, not actually changed me, but revealed me? Will I always be angry now?

Or was the delicate balance I achieved to stay standing after the loss of a baby just too delicate to withstand even the smallest new blow? Disappointment in relationships. In a job loss. In myself. Confusion here. Difficulty there.

Basically, I’m just saying it’s messy. I’m tempted to laugh as I read those words, because I know I wrote them once months ago… that grief is messy. Compared to now, I could have run white gloves along the ledges of my heart and mind… my whole world… and they’d come away clean back then. Now?…these days—they are the messy ones, and my once white fingertips reveal a dark gray, thick, dusty film. What must I be breathing in if all this mess is still so stirred and unsettled? I hope this is as messy as it gets. I hope I can eventually just have a healthy respect for grief… neither love nor hate… just respect.

The first quote above speaks of reformation. I always thought of reformation as a positive term. Like the way restoration is positive. But now, in grief, I don’t think reform is necessarily a good thing like restore is. At least not always. Anything can be reformed to worse as much as it is capable of reform for the better. I think that reform is just a fancy word for change. And change, I have.

Like I said, as quickly as I might have come here to write about what grief looked like, it would start to change. Somewhere around late Spring, I came close to writing about grief and what it looked like… assuming that what I was thinking and feeling was and always would be a constant… only ever fluctuating in intensity, but not in spirit or definition. I even had the photo picked out and the quote I wanted to use to go along with what I would write… this one… 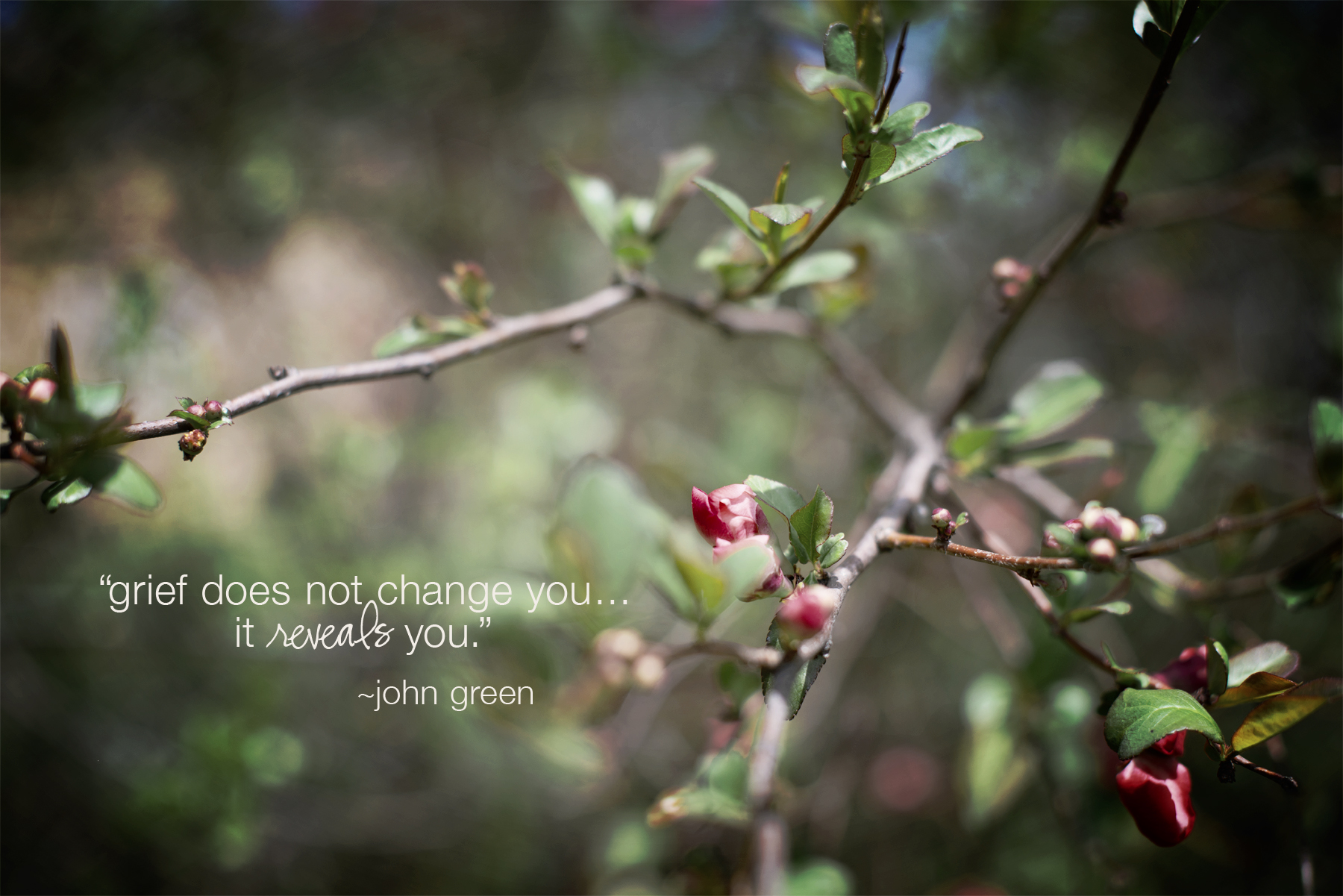 .
Before reaching that point, I was of the thought that grief changes you. Then I realized, having actually grieved, that I believe it reveals you more than it changes you. Now I’m back to thinking it changes you. Or maybe I believe it’s a little of both. Or a lot of the latter in the beginning. Then a whole lot more of the former before it’s all said and done… and most of it, change you never asked for or wanted.

But this is just me, less than half-way through the book. Her book. My book too.

7 thoughts on “Hidden Heartache in a Changing Heart”