Thriving In Every Season 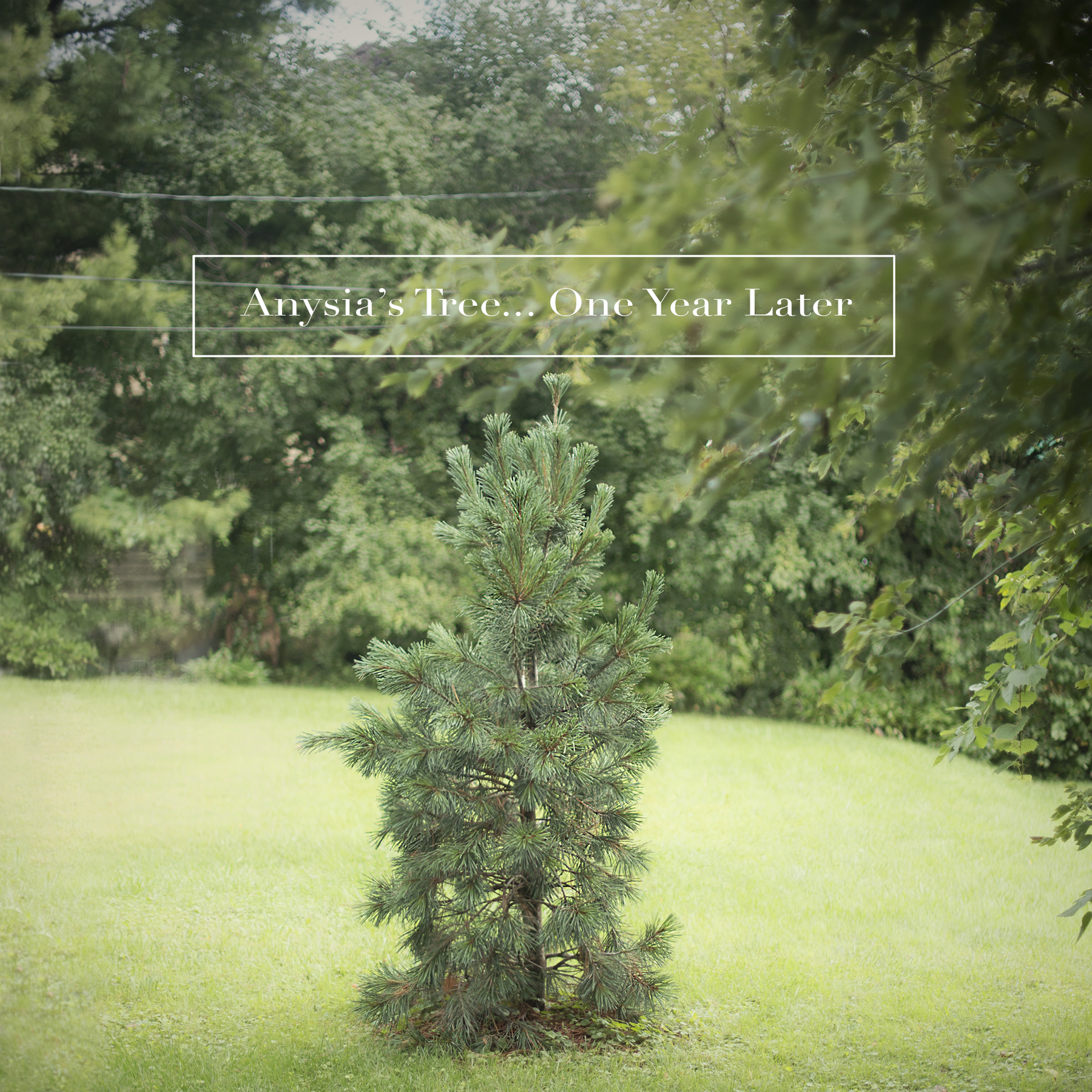 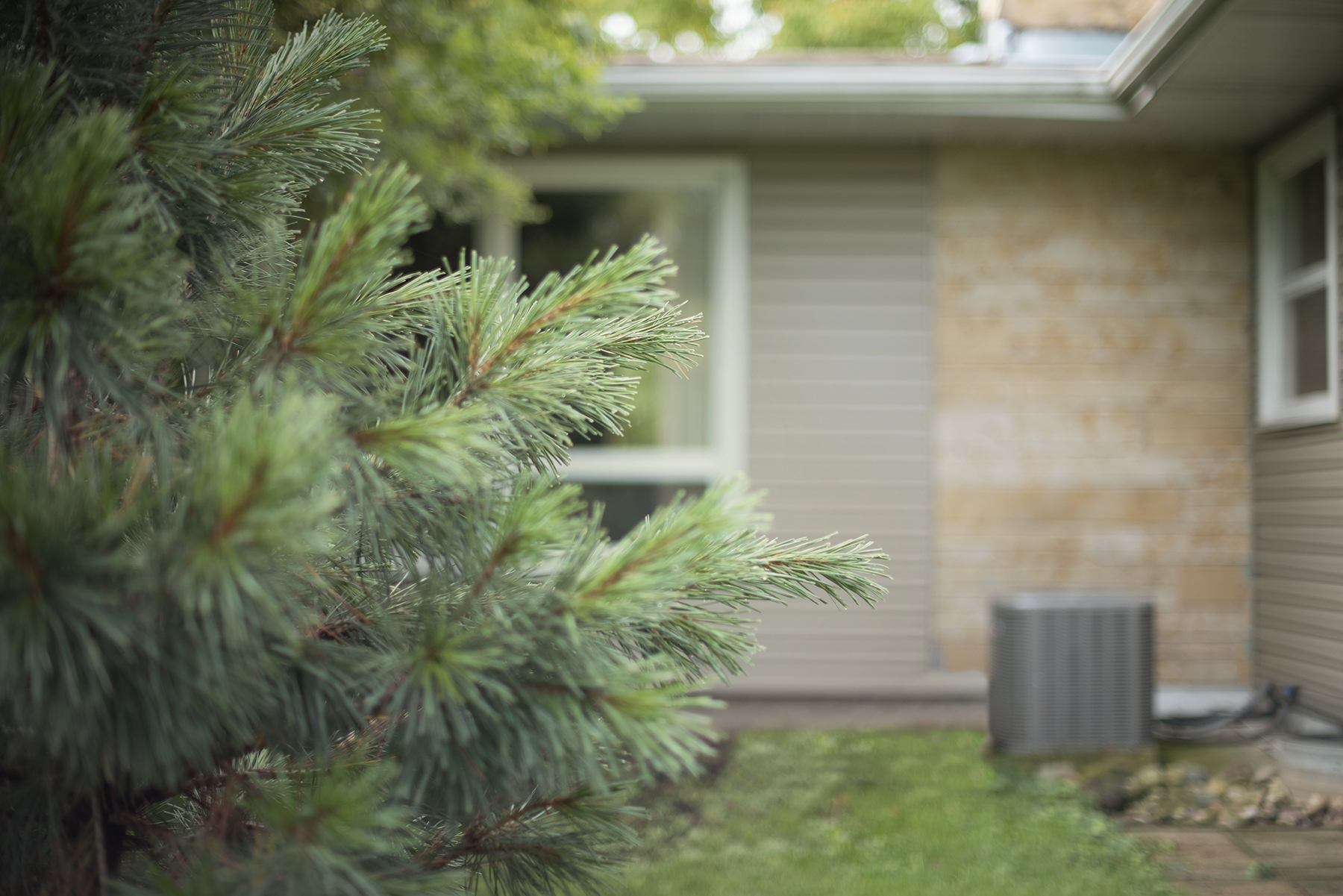 / /
It’s been one year as of today since we planted a tree in our backyard for our sweet daughter and buried her ashes in the ground right there among its roots. This is how the tree looks today… one year later. I have something more to write about the tree as it is now… something endearing to me. But I’ll get to that at the end of my post. First I wanted to include what I never did include here on my blog a year ago. {I had only shared it on facebook.}

When I posted about it on facebook last year {the day after we planted it}, I wrote this…

Anysia would have been nine months old yesterday.

So we planted a tree in her honor.

Mr. B left work early so that we would have plenty of daylight.

None of the three of us have ever planted a tree before.

We can’t imagine a better reason other than “to honor her” to plant our first.

It was such a pretty day here.

We were grateful that it wasn’t rainy and cold.

It won’t be long before snow is covering the ground, and we will be adding sparkly white lights to her tree so we can celebrate and remember her on her one-year birthday.

We put Anysia’s ashes down into the ground with her tree.

We were torn about whether or not to do this, because if we should by chance ever move, we would not be able to take those ashes with us.

But after talking about it a while, we all agreed this is what we wanted most.

The night before we planted, when Mr. B and I were telling Izzy what we’d be doing the next day, he said, “After we plant the tree, can Anysia come home from the hosteebul… and she’ll see the tree?”

He often thinks she’s still at the hospital, but he calls it the “hosteebul in heaven.”

Mr. B and I both woke up feeling sad yesterday.

But as we planted, though there were tears, we did feel that heaviness lift a bit.

I think we hoped to bury the heaviness of grief along with her ashes.

Although, I’m sure there will be more difficult milestones.

But we’re all so glad to have a place to go and sit or lay on a blanket to think of her.

Even in the winter, we can look out on her tree, as it’s right outside the living room window that looks out into the back yard.

The tree we planted is a Vanderwolf Pine.

I got some cherished photos of our time planting together.

.
Since facebook doesn’t allow me to embed a flickr slideshow, I could only link to it. But here on WordPress I can embed it right into my post. So I’m including the photos of our tree-planting from a year ago below.
.

What I love about the tree right now {something I noticed a few weeks ago as I was looking at from my living room window} is that there is one particular branch that has seemed to grow longer and farther out than the others. And that one particular branch is growing more outward than upward. But the cool part is that it is growing right toward the room in our house where she was created. The tree was intentionally planted right off of the corner of the house where that room is located. And now that one branch seems to be reaching toward it. It used to be Mr. B’s and my bedroom and now it’s Izzy’s. While I was pregnant with Anysia, we switched his bedroom with ours {he needed more space for all his kid stuff}. So now it’s Izzy’s room. It’s just kind of cool, because with her ashes down in the ground there, it’s almost like that branch is her reaching out to us… to the place where she was conceived, and now a place where her big brother spends a lot of his time {and also the place where that little box her ashes were once in now resides, as Izzy has made it his box to hold his small treasures}. I guess I don’t actually think this about the branch. But it’s still an endearing thought, even if just a coincidence… symbolic sort of.

When I noticed that branch, I just got the biggest smile. I hope it continues to grow toward the house like that. I tried to capture its direction and length in the photos above, as seen from the living room window{in the first photo} where the branch is reaching out to the left near the back of our house, and another view of it {second photo} from the other side of the tree, standing in the back yard, with the branch reaching out to the right.

I remember, when we planted the tree last Fall, that we’d heard we were in for another harsh Winter. Since it was still a somewhat young tree when we got it, and because we weren’t sure that it would take to our particular mix of soil, we were slightly concerned the tree wouldn’t make it through the cold months. A lot of evergreens have suffered around here in the recent past with the winters we had.

But I’m happy to say that it not only made it, but it thrived as well. I think it has grown at least a foot taller since we planted it.

We’ve enjoyed it all year. We put lights on it last Christmas and enjoyed the way it looked covered in snow, even using it as the backdrop for our Christmas card. Just as she’s been to us and our lives, the tree has been a blessing and beautiful addition to our yard and view.

I can’t wait to see what it will look like in another year.

8 thoughts on “Thriving In Every Season”