Looking Out for a Friend 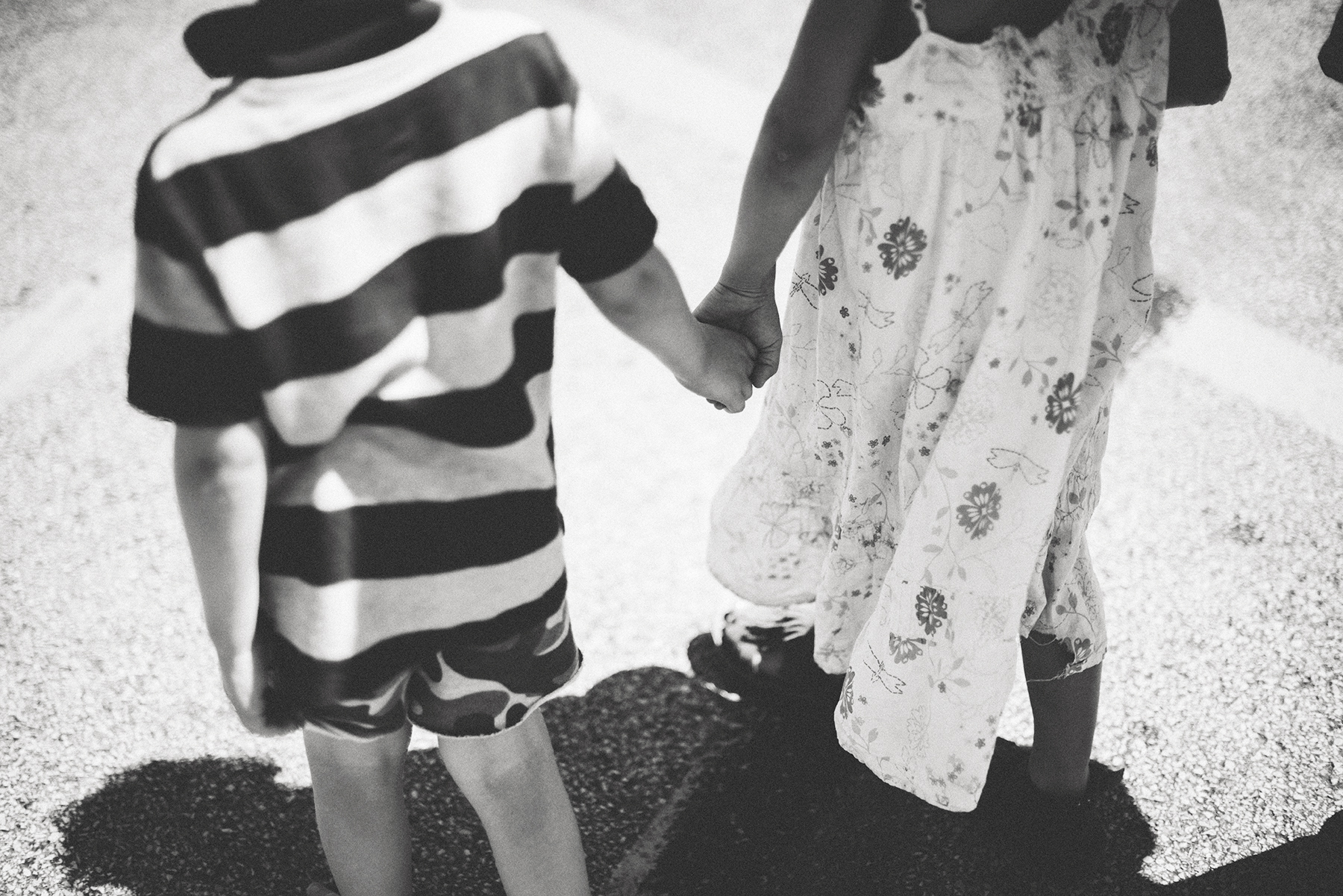 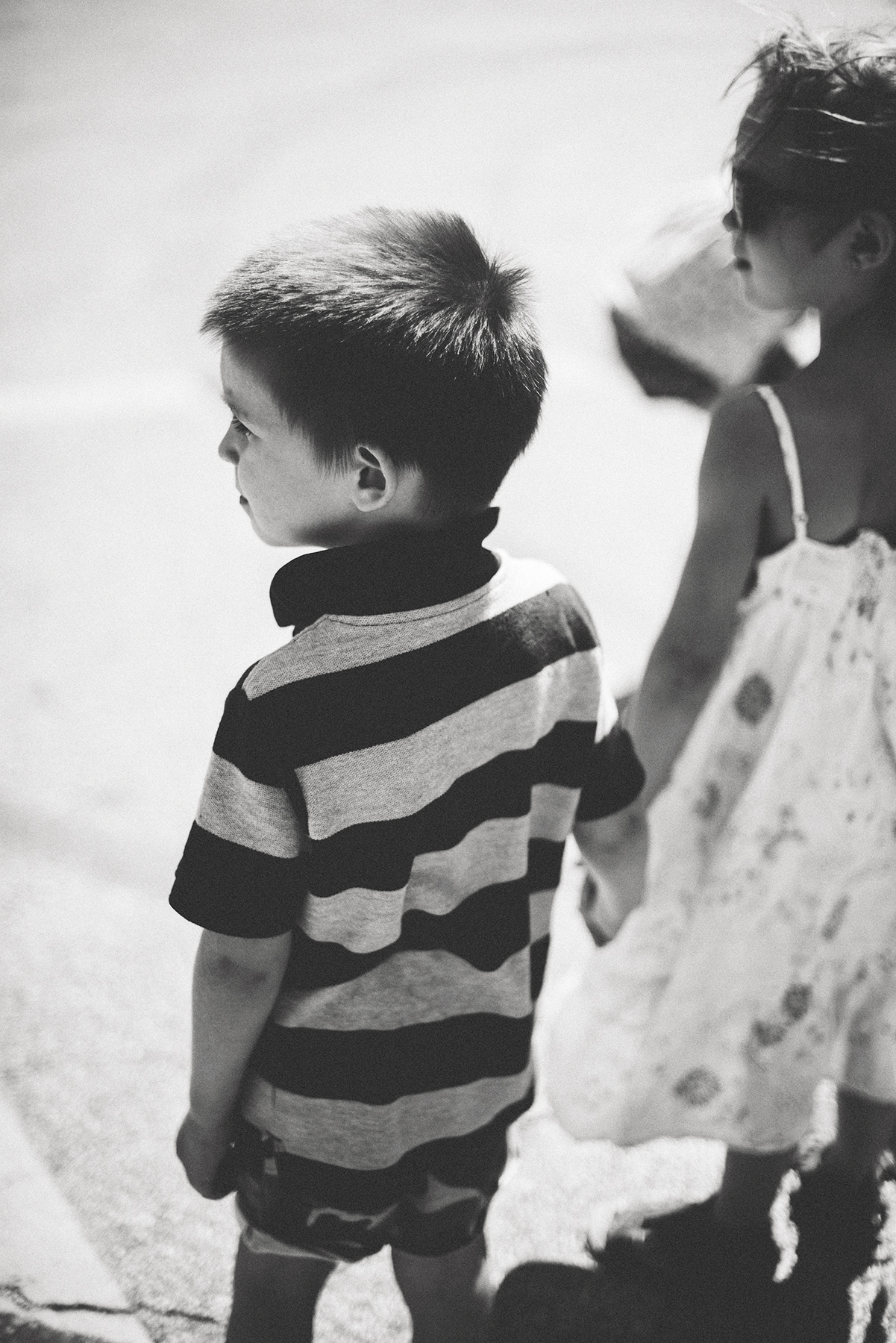 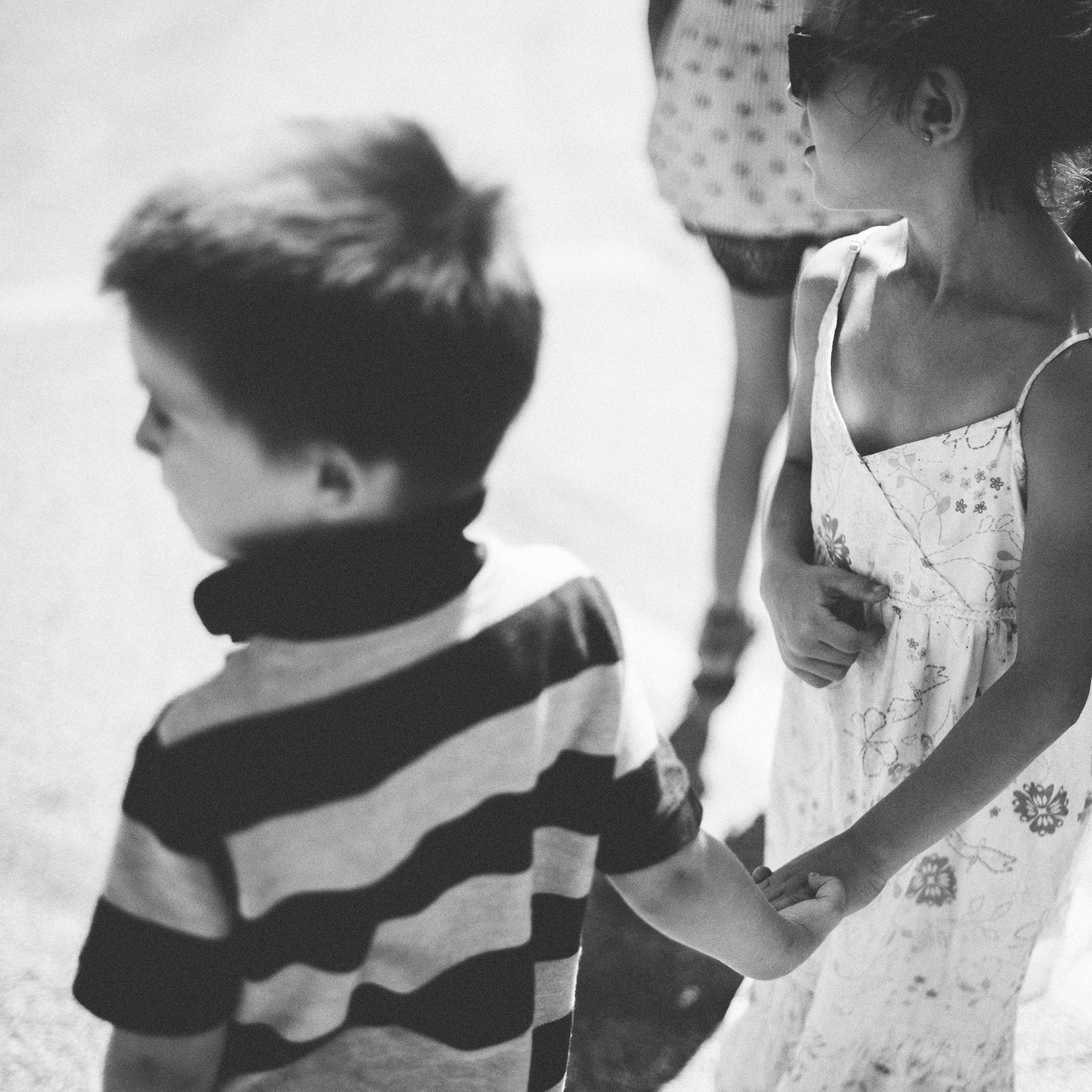 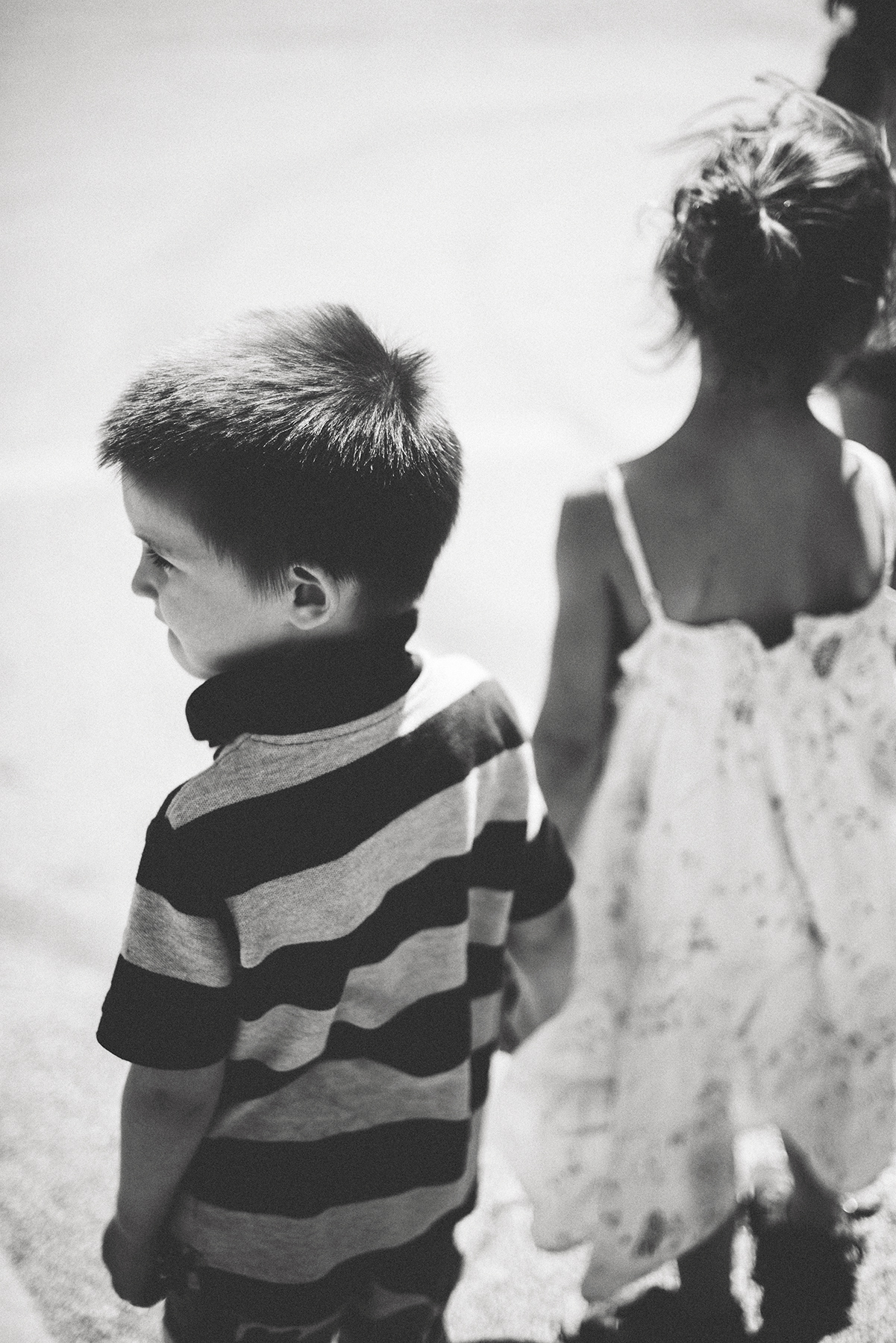 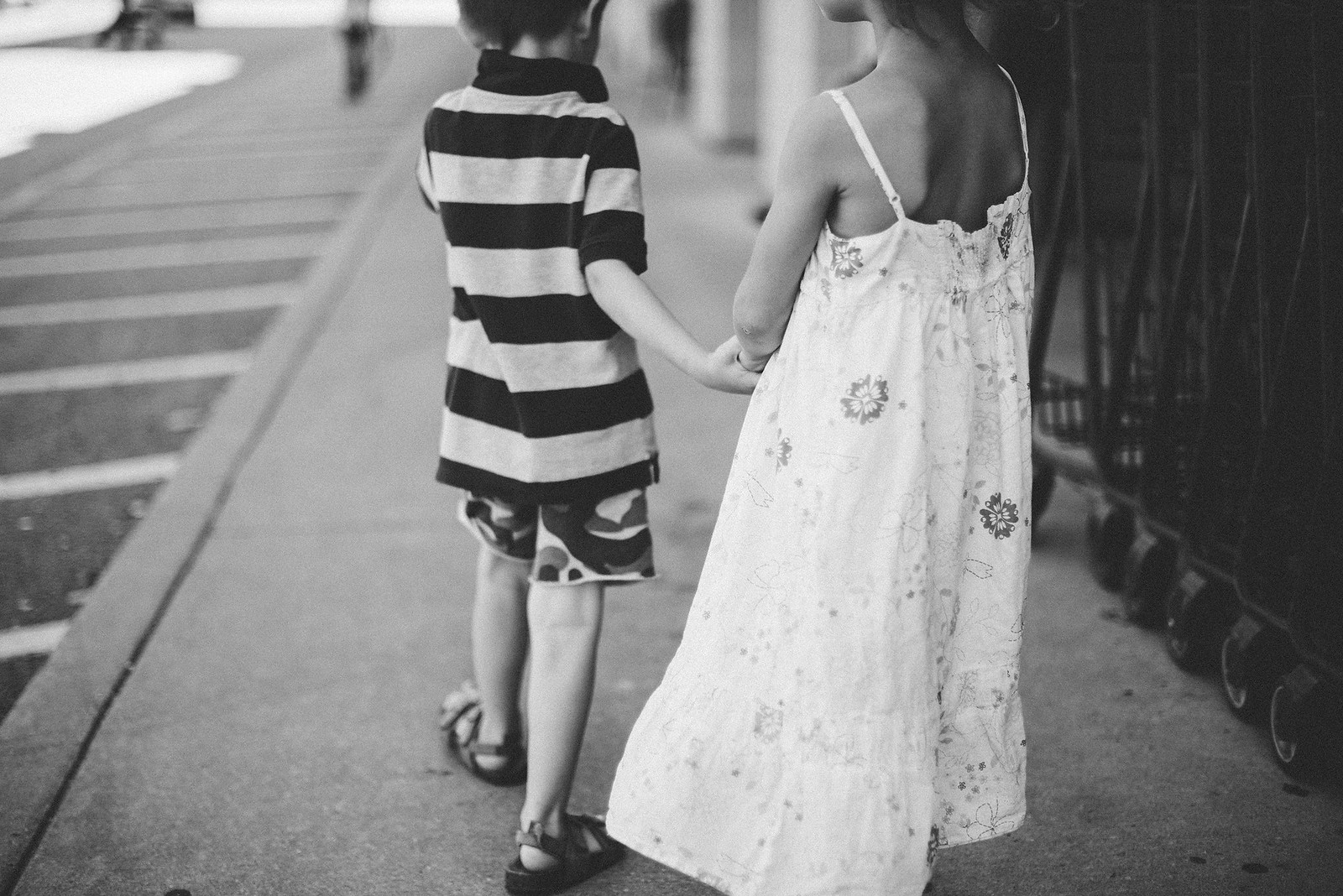 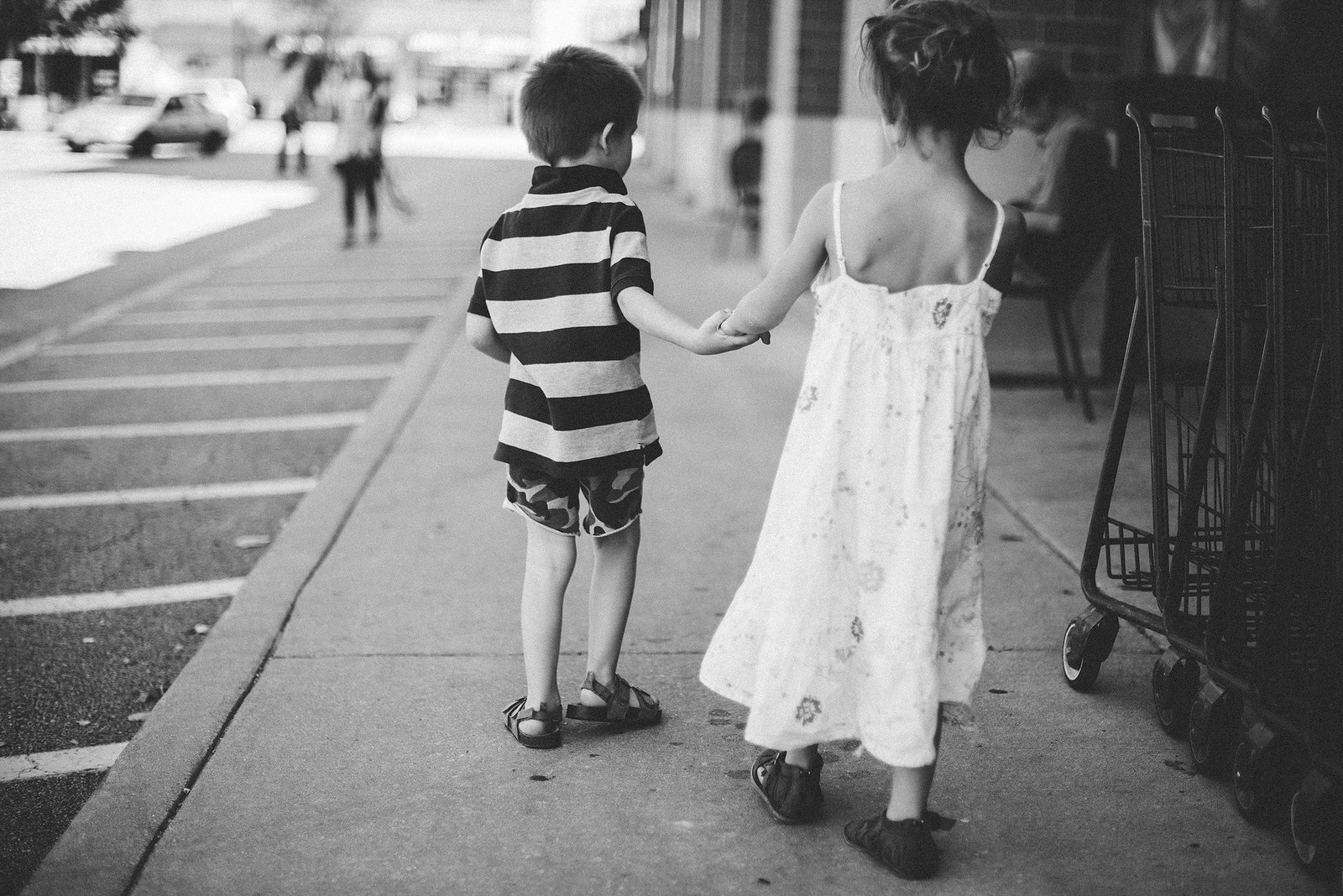 / /
I love these photos from last Friday when Izzy and I drove to the city to do another fashion shoot for my fashion-blogger friend. I actually use that term only for lack of a better one, because she’s not merely a blogger, though she does keep a blog. She’s a whole lot more, and steadily becoming more and more than what she already is in the world of fashion. Before I know it, they’ll be calling her fashion guru. But for now, fashion-blogger will have to suffice. Friend is how I first knew her… so that part can stay, and accurately so.

Anyway, the reason I’m posting these photos has nothing to do with fashion at all. These are just the shots I captured, a bit from the hip and definitely unplanned, after the fashion part of our visit wrapped up. As has become our M.O., we all {my friend, her kids, Izzy and I} stopped in at Whole Foods after our shoot for some iced coffee/tea and gelato. As we waited in the parking lot for my friend to situate her youngest in the cart, Izzy and my friend’s youngest daughter found their way to each other… or rather, their hands found their way to one another’s.

I didn’t see the point of connection, but I noticed their hands in a clasp soon after. Of course, I thought it was the sweetest thing. I probably beamed. I know I pointed out their hand-holding to my friend. I didn’t want her to miss it in the midst of wrangling her other three kids. Like me, she found it to be endearing.

They stood hand-in-hand while patiently waiting for the okay to cross the parking lot, and remained joined all the way from the car into the store.

What I assumed at the time was that holding hands meant the two of them had a bit of a fondness for each other. He’s still at that age when a girlfriend {or liking a girl as more than just a friend} seems icky. Generally, boys don’t yet have crushes on girls at Izzy’s age, I guess. But, that doesn’t mean they can’t be fond of a girl… or that he isn’t. So, I merely assumed he was keen on this particular girl and that the feeling was mutual… as it may well have been. But in my mind, I was silently saying, Awww… Izzy has a little girlfriend.

When we got home later that night, I was sort of teasing him… as subtly as I could. I didn’t want to embarrass him or make him think there was anything wrong with holding her hand.

So, I lightly brought it up with a smile on my face. I think I might have said, “Is she your new girlfriend?”… or something like that.

It was at that point that I was educated by my son about the reason he took his friend’s hand earlier that day.

“No, it wasn’t because she was my girlfriend, Mama. It’s because we were in the parking lot, and I was just watching out for her.

Well, right then and there, my heart melted… but not without simultaneously feeling a tiny ache.

Melted because it was just about the sweetest thing I ever heard come from his lips. Ached a bit because I knew at that moment, more than ever, that he would have made the best-ever big brother to his sister if she had lived. He would have loved her, cared about and for her, and would have wanted to protect her always. I just know it. And I couldn’t help but think of that when he uttered those words.

Even if we’d never had a baby girl for him to call little sister, his words about his friend would have been sweet. How special that he was looking out for her.

I’m so glad I decided to bring my camera with me into the store that day. Otherwise I would not have caught the moment with it. They’re not perfect photos, but they are among my favorites of him… especially the last two where he seems to be sort of leading her in a protective way. It is in retrospect, after hearing his explanation, that I look at those two photos and see that he meant what he said.

Yesterday, that same cartoon episode PBS has been playing over and over this past year {about once every few months} was on again. It’s Daniel Tiger {one of Izzy’s favorites}, and it was one of the newest episodes… well, not so new anymore… where Daniel gets a new baby sister. His mom and dad have another baby, and the episode is all about when she comes home from the hospital. There’s even a sweet lullaby-esque song they play… and it gets to me every time. I either cry or almost cry each time it’s on. Yesterday was no exception. Sometimes I wonder if he even notices all there is to notice about that episode… if he’s comprehending it more than he seems to, especially in light of his own story.

It’s so ironic to me that this storyline and new season came out after we lost our daughter. It didn’t actually air until the following August, but PBS began advertising a preview of the new storyline right after we lost Anysia. I remember thinking that it was one of those cruel coincidences in life. But maybe not. Maybe it has somehow been a way for his young mind to process what might have been, along with what actually happened. I don’t know. I just know it’s been painful for me.

But in a weird way, I also find a hint of comfort in it.

It’s funny, because whenever I’m working at my desk and cartoons are on in the background to keep Izzy occupied… if LEGO sets, Hot Wheels or books don’t do the trick… I can usually tune all those cartoon episodes out… 100%. It’s easy to do, because I’ve heard each one what seems like a thousand times or more.

But when that particular episode comes on, it always stops me in my working train-of-thought tracks and makes me feel a bit weepy. Actually, a year ago, it was more than just a bit… those days, it practically made me come undone.

At the moment, Izzy’s watching Caillou… another big brother / little sister cartoon. It’s uncanny how many of those there are, actually… Sid the Science Kid, Super Why and Arthur are some others. And now, Daniel Tiger. A bit odd, no? He’s been watching every show I mentioned since he was old enough to sit up on his own. He’s never asked me what I thought he might at some point… why all those shows’ characters have a younger sister to grow up with, but he didn’t get to have his around. But he does bring Anysia up from time to time. He did today, in fact. And when he does, I never really sense that he feels it’s all unfair or that he’s reminded of what seems unfair by watching those cartoons.

It’s he who seems to be okay with it all. I, on the other hand, am the one who feels the pain in that coincidence. I know it sounds silly, but it’s just so true. I really do struggle with it, and all the more whenever Daniel Tiger is on, because they actually wrote the birth and arriving-home-from-the-hospital part into the storyline.

Anyway, I’m always comforted to see him treat a little girl so well. It’s like a window into what would have been, but what I never got to see, and that is absolutely special to me.

← Second First
Because It’s Not Every Day… →

10 thoughts on “Looking Out for a Friend”