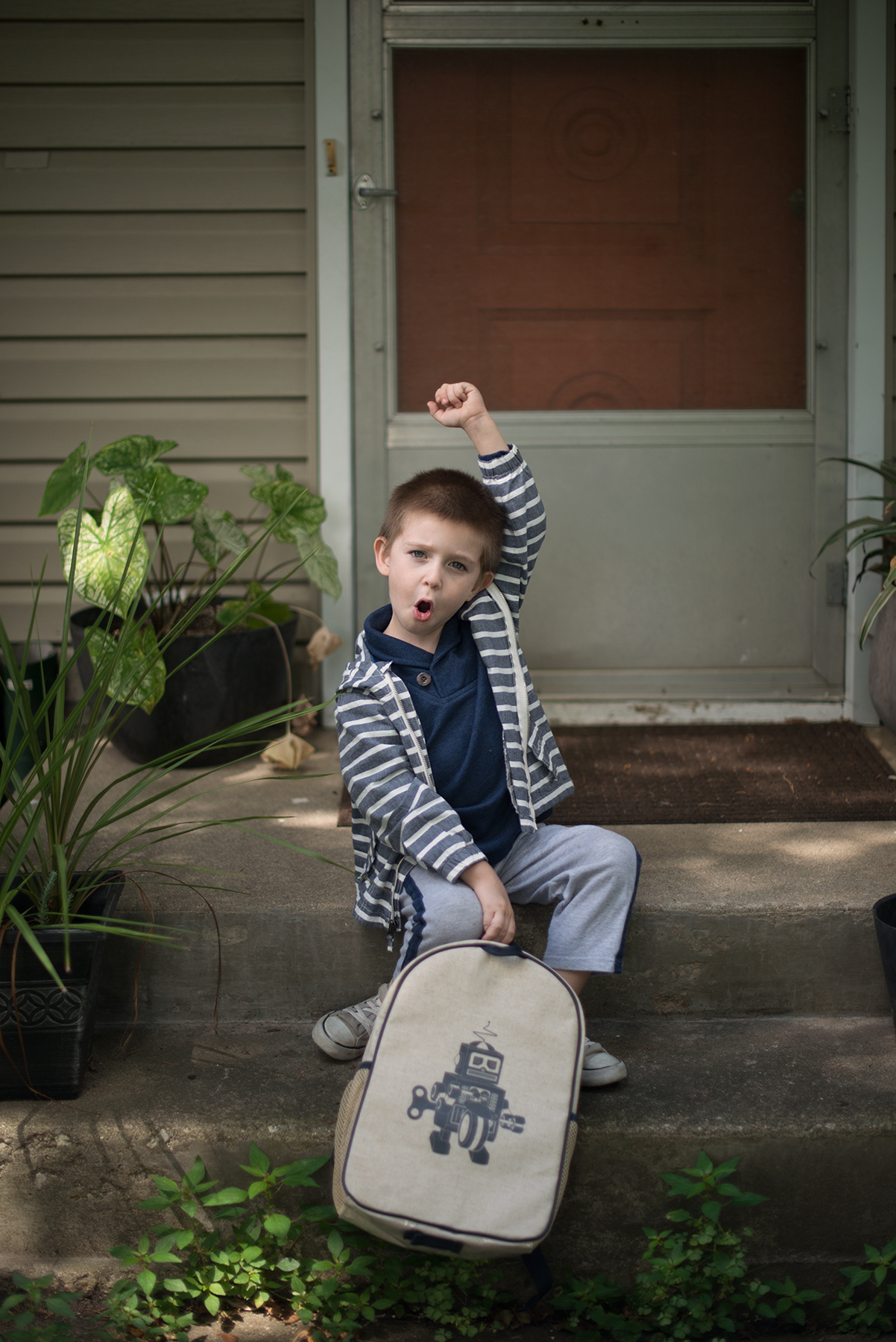 / /
It feels like I just posted about Izzy’s last day of his first year of preschool, and here I am already posting about the first day of his second year.

That saddens me somewhat, because it only goes to show me just how fast this summer went by… and how I’m not ready to concede to Autumn being only a few weeks around the corner.

It even felt like a Fall day here today… chilly and windy with a lot of gray cloud cover. Wasn’t helping matters.

But I’m on here to talk about {and show} the brighter side of this day.

Okay… so I’m keeping the trend going for first/last school days. Same treat {ice cream from the chocolate shop and a special lunch out afterward… although, I guess by the time he goes to school all day, it will have to be a special breakfast or a special dinner out instead}. Same photos in the same places {i.e., the ready-with-his-backpack-by-the-front-door shot… obligatory, right?}. I figured if I’m not veering away from the {now usual} treats and photo locations, I might as well stick with the same first/last day pose, too. So… being the super compliant photagraphee that he always is, and in his usual style, he complied with my photo direction to match his pose on the first day of his first year… just like he matched that same pose on his last day, last May.

If that wasn’t thoroughly confusing {or a yawn-fest}, then I somehow succeeded in making that all make sense and in making it interesting.

Regardless, it’s all interesting to me… so very interesting. In some ways, his first day of school this year was even more exciting than last year… mostly because we were anxious to see how he’d do with a year under his belt. He struggled with getting to know other kids that first year. So, we were hoping and praying things would start off on a good foot this year. After picking him up from school today, I can see that they have! He readily shared that he spent time talking to the other kids. So, I’m definitely excited to see him make some new friends this year and grow socially all the more at his young age of four.

And taking pictures of any kind, especially capturing the days of my son… well, that will never be not interesting to me. As usual, I treasured our mini first-day shoots in all the significant places we found ourselves today…

At home on the front step. At school on the bench just outside the school entrance. At McDonald’s for a happy meal {his choice, not mine… and I figure just this once, I’ll settle for their food… for him}. And last, but certainly far from least, at the ice-cream/candy shop where he indulged in two novelty candy purchases and I ordered an ice cream cone… cherry chocolate somethin’-or-other flavor. It was delicious! Of course, the little man I was accompanied by didn’t want ice cream until he saw how much I was enjoying mine, so I technically only had half of a scoop. But it was a delicious half! And I clearly wasn’t the only one who thought so {see below}. =)
. 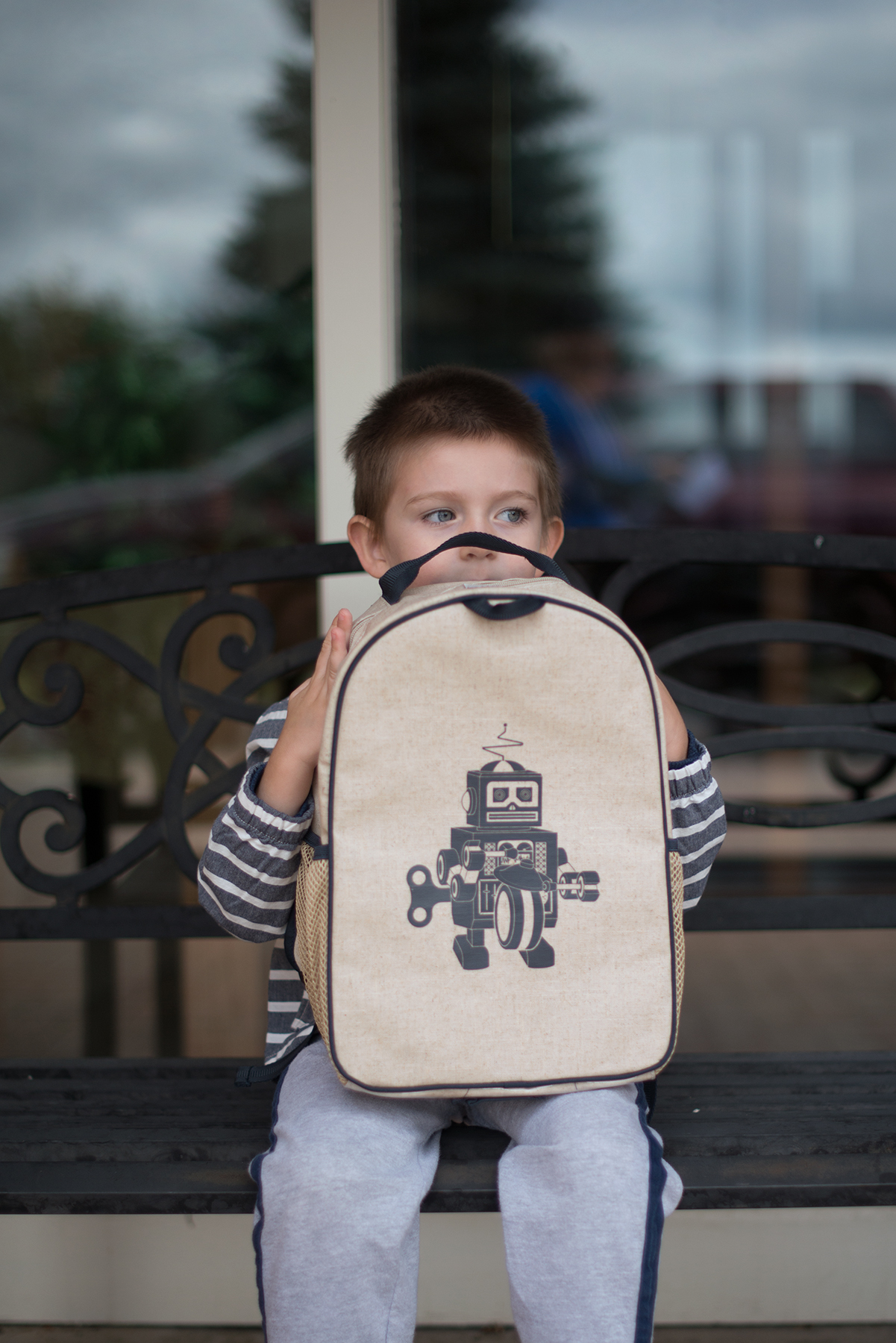 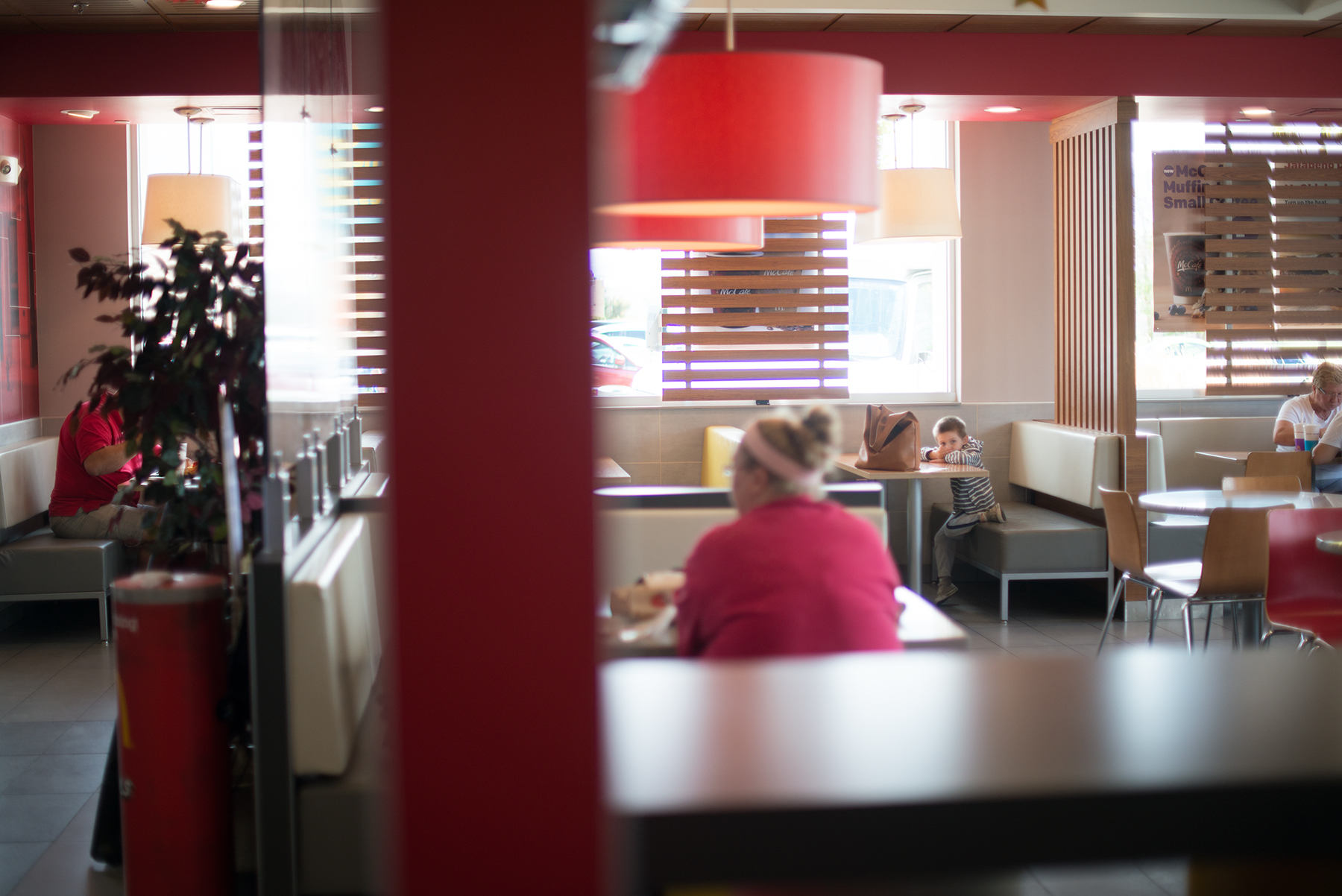 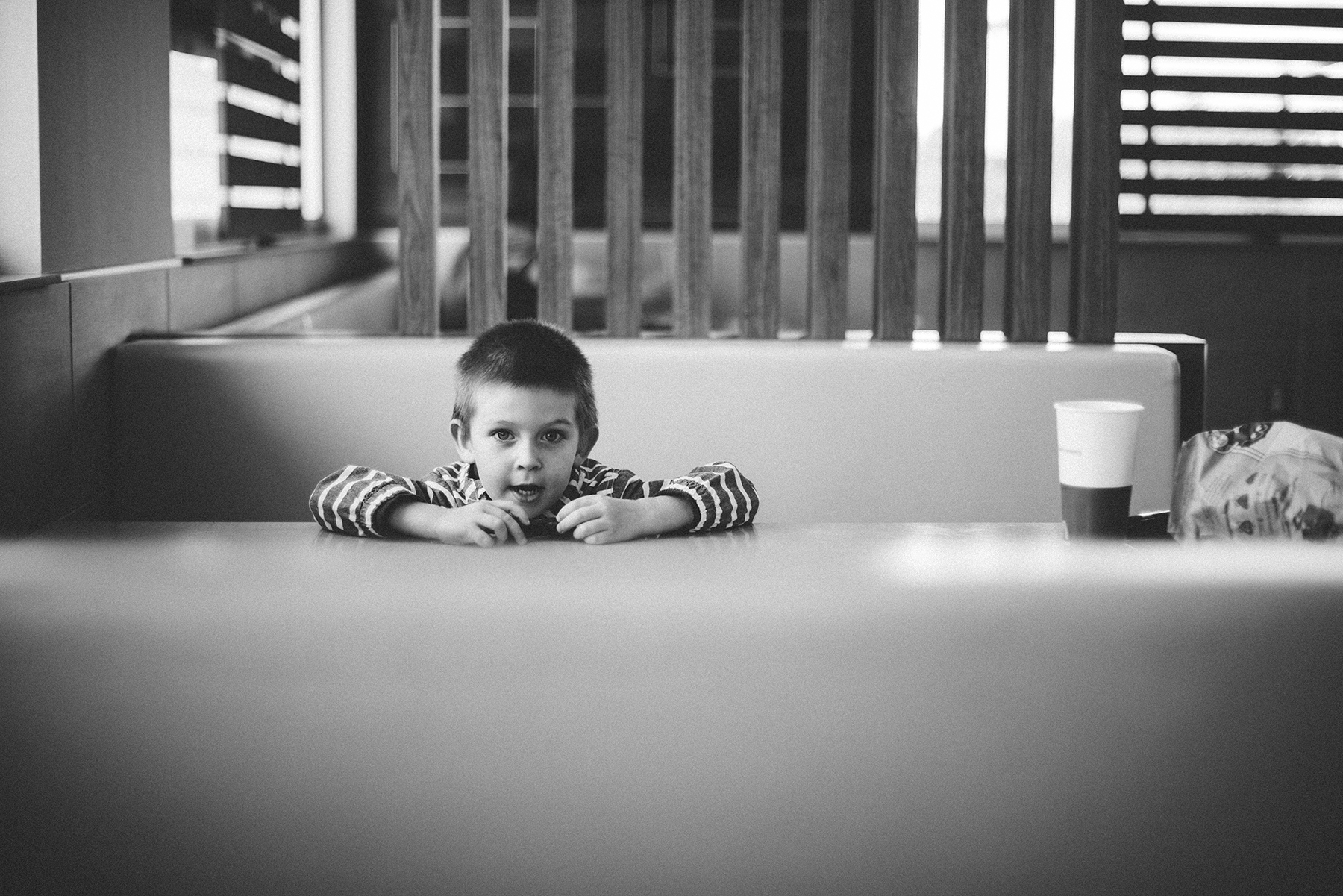 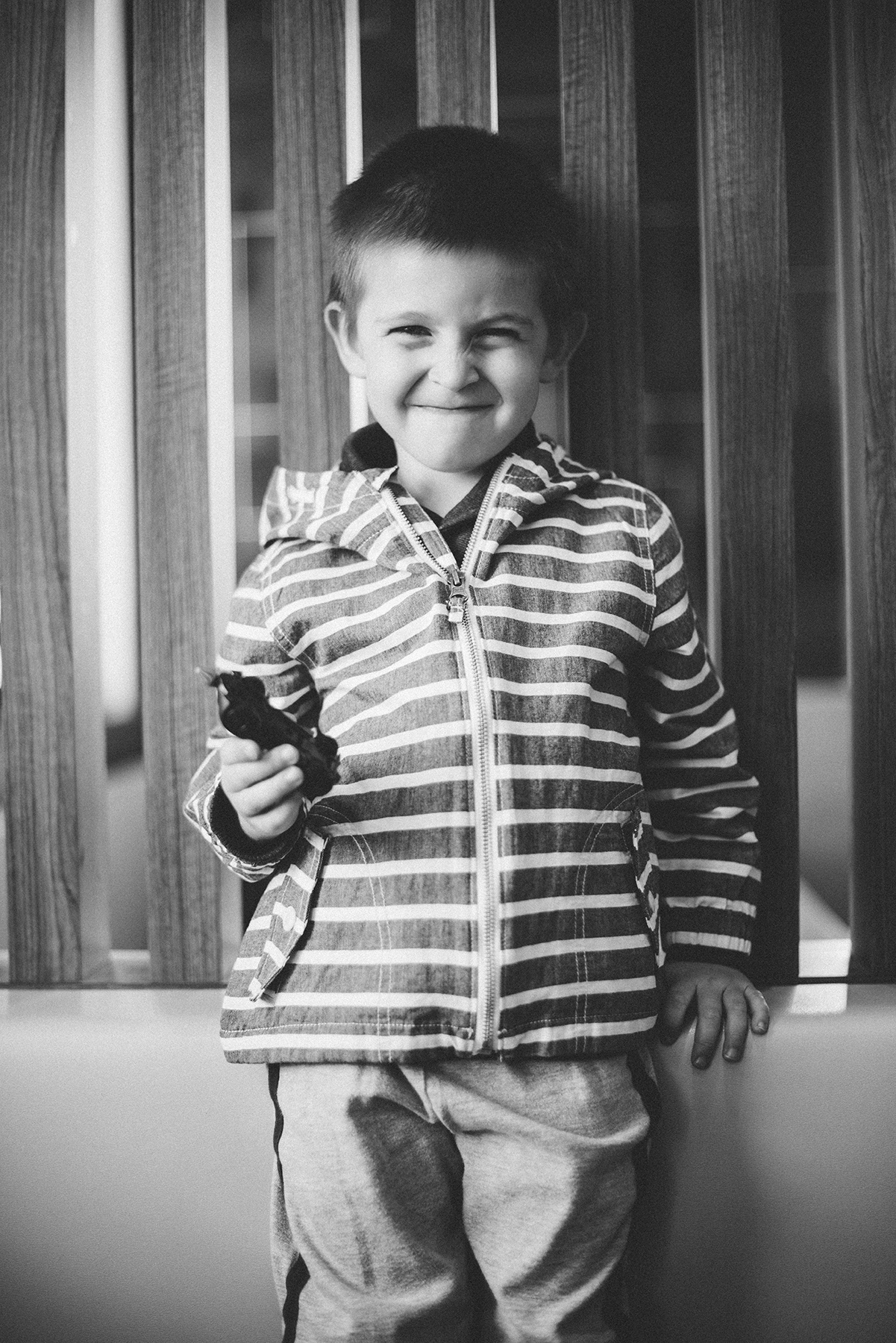 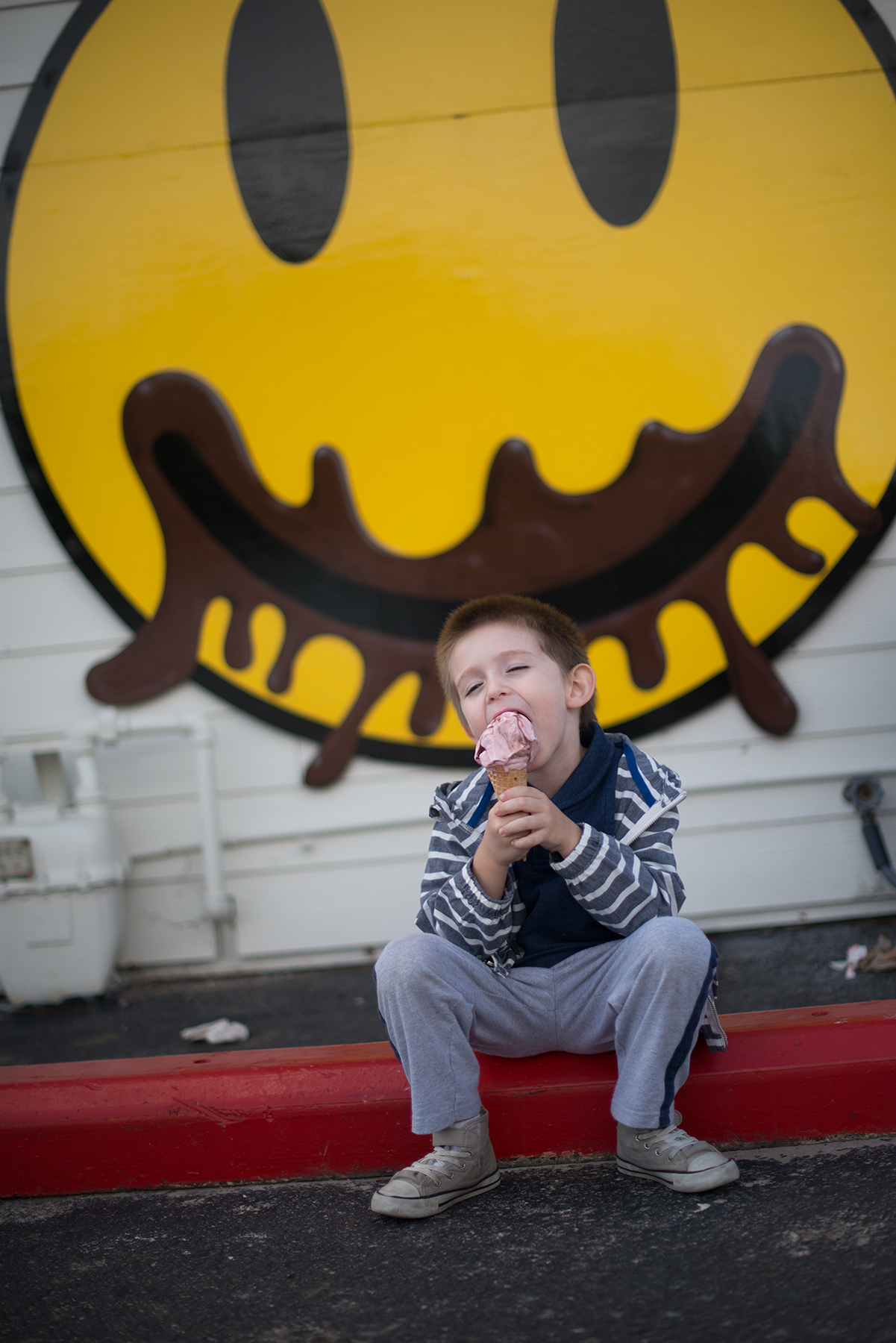 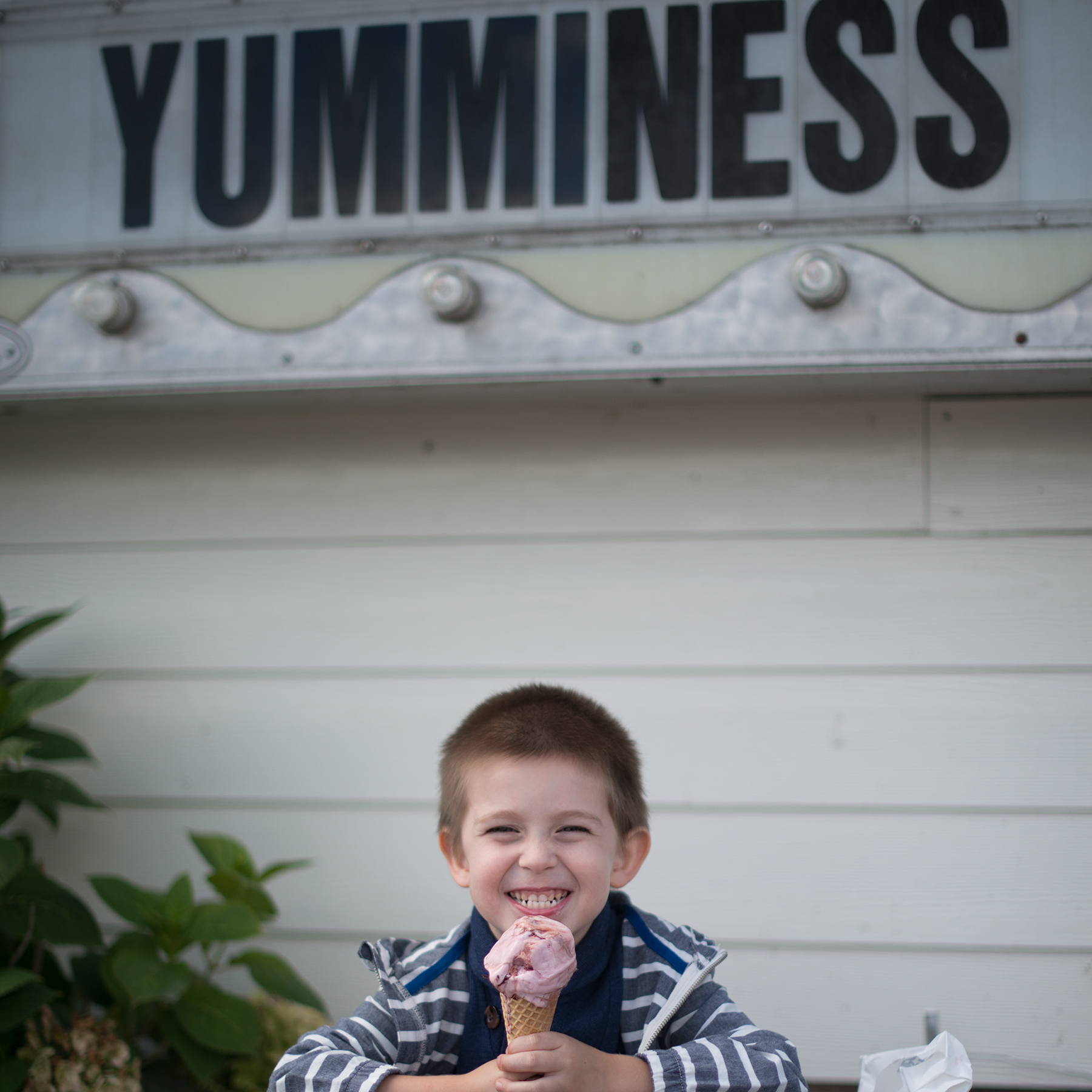 While the day started off without a hitch {we were even on time to school and not a tear was shed… not even one of mine}, it ended on a lower note. Izzy is sick.

In fact, he’s rather miserable at the moment. Hard to believe these photos were taken the same day he started feeling bad. That’s how quickly this thing sneaked up on him. I’m trying not to blame it on my poor choice of nutrition for the day… or the fact that I’ve forgotten to give him his vitamins the past few days with the crazy week we’ve had. #momfail

Ha! I would have thought that we would be at least one week into school before he caught the latest bug being passed around at preschool. Actually, the reason we’re sick today is likely due to hanging out with other kids his age in a non-school setting… before school even started. But we didn’t know until the symptoms started showing up tonight. Hopefully, we didn’t get any other preschoolers sick today. Even if we’d known, though, I would have hated to miss the first day of school… so I’m not sure it would have made a difference. Still… I feel bad. But such is the nature of these things, so I’m trying to see things in that light.

We still haven’t made up our minds about homeschooling or private school next year… or if either of those are even an option for us before he’s ready for 1st Grade. So, I don’t know if this is his last first-day photo {in the traditional sense} or not. If so, all the more glad I am that I took them.

Yikes, it’s hard to send a child off to school. But just so rewarding, too. For me. For him, of course. And I think, if I know my Izzy and the person he’s become over the summer, for the teachers and other students as well!

← Lovely Linda
Looking Out for a Friend →