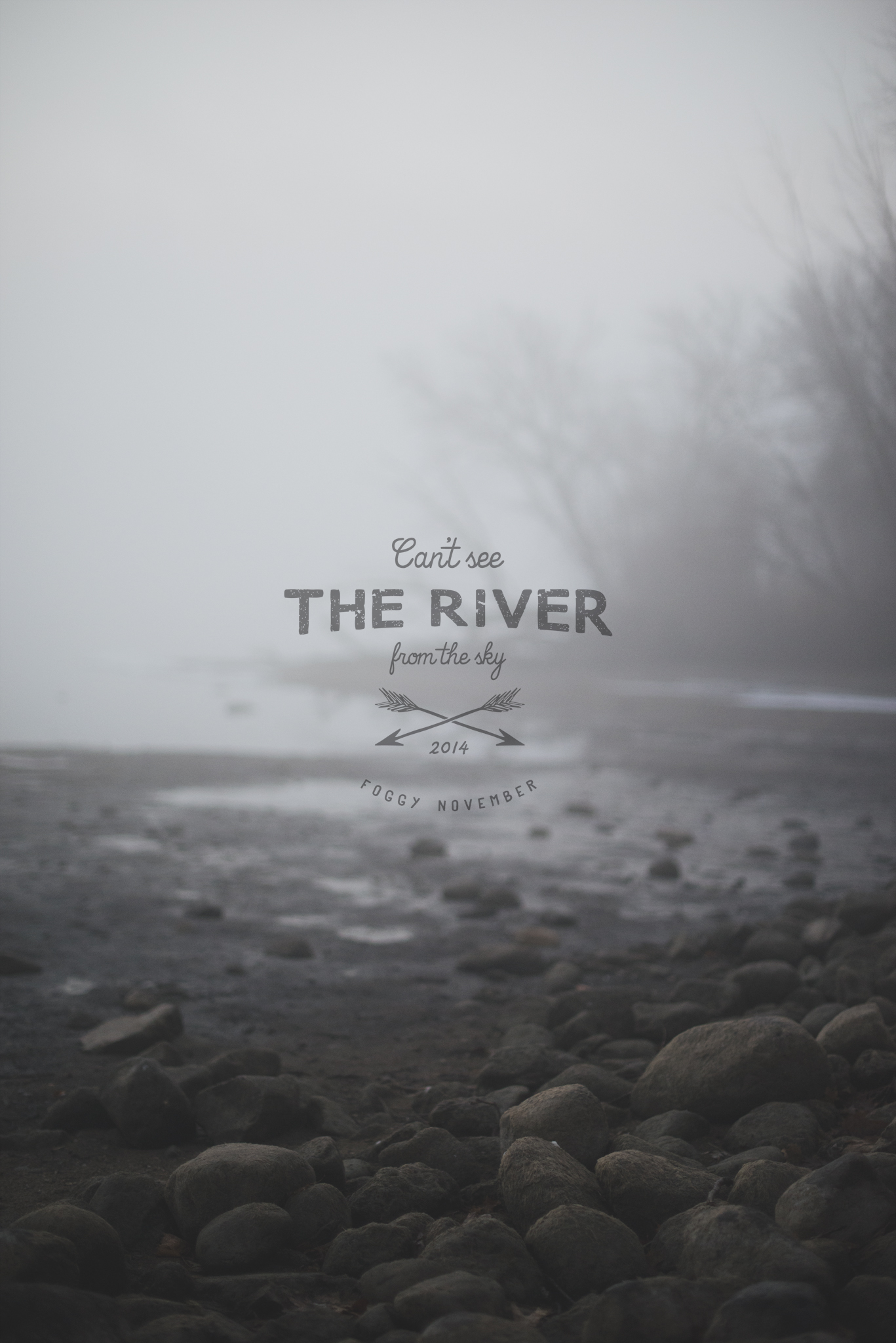 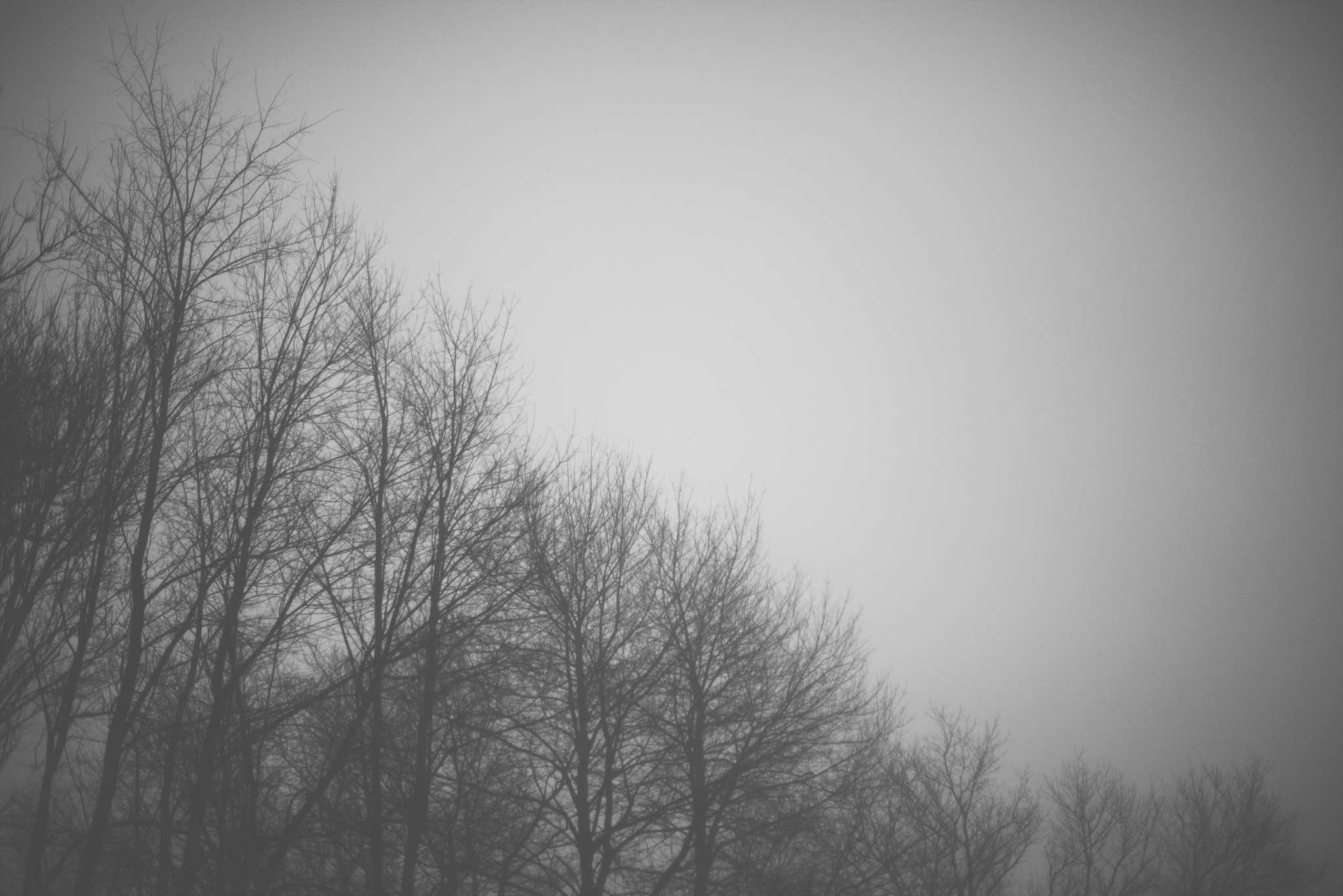 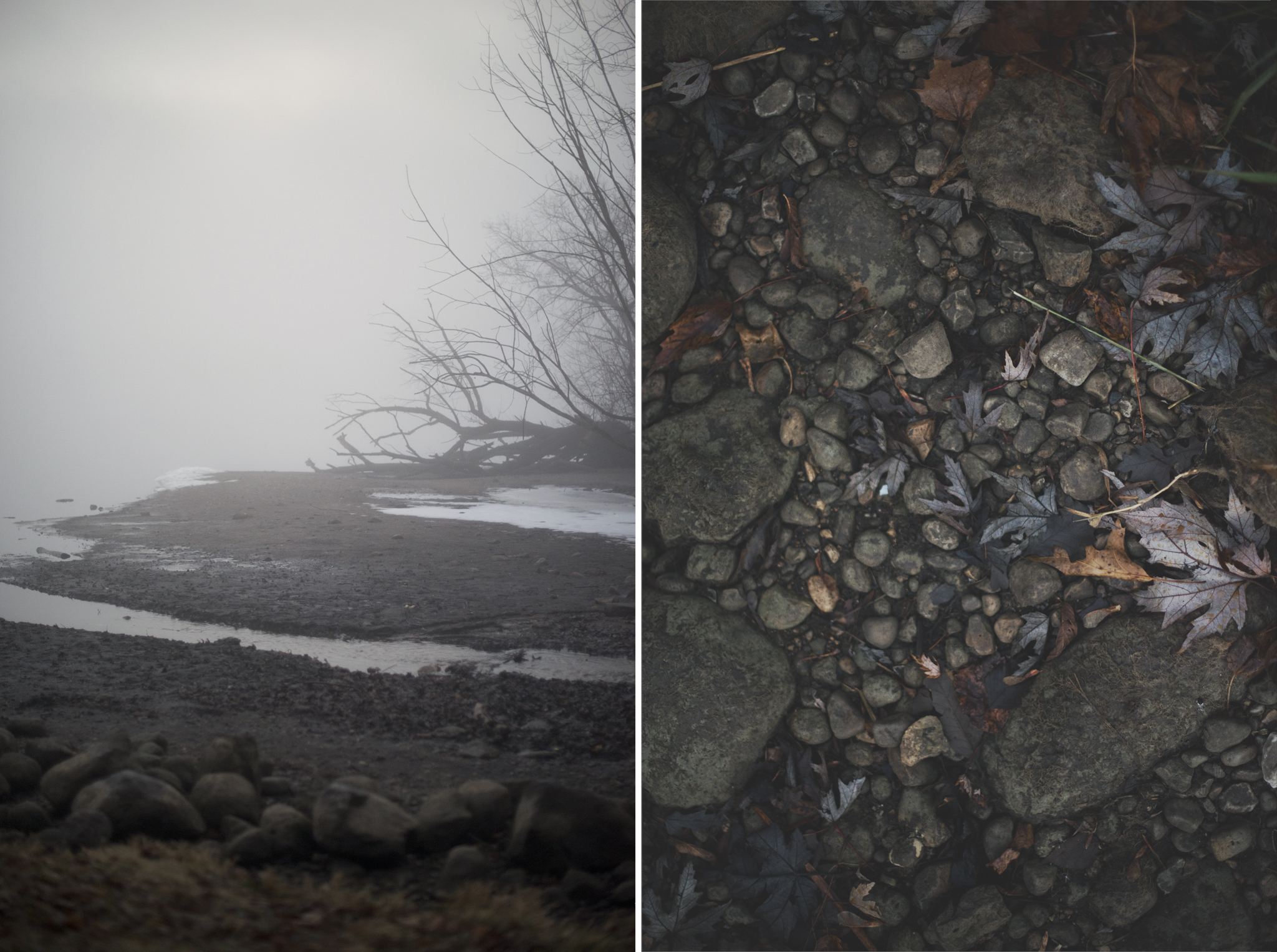 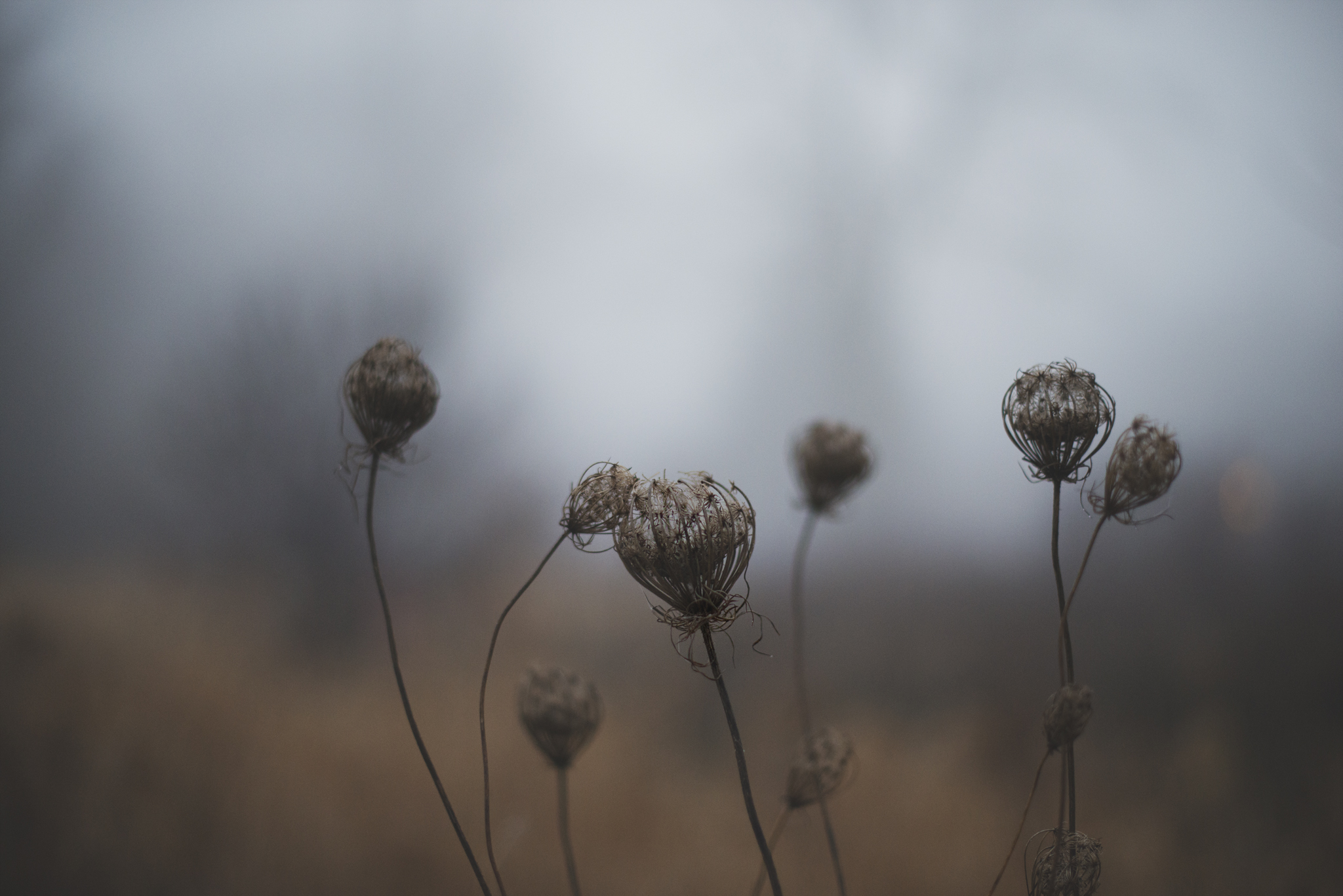 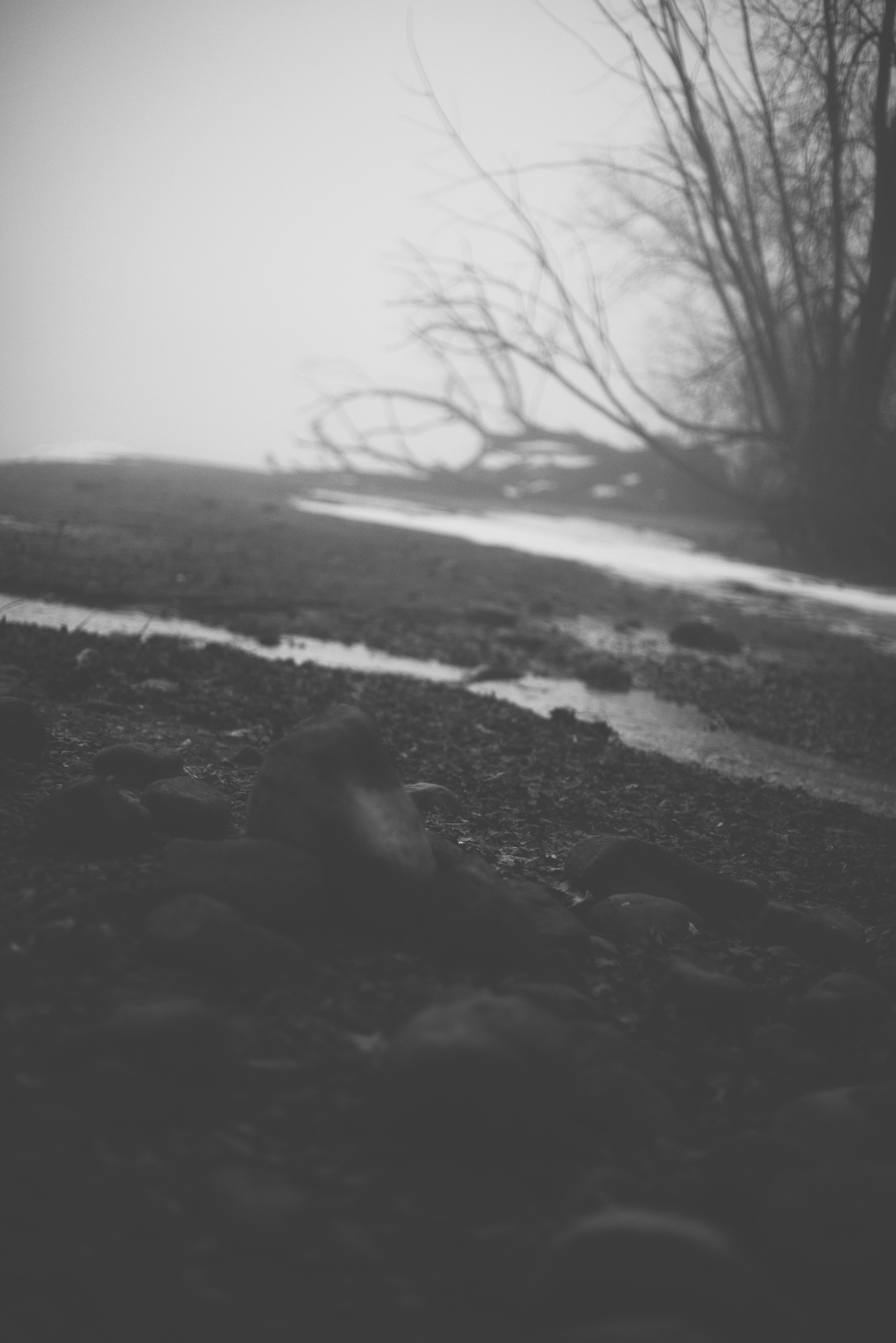 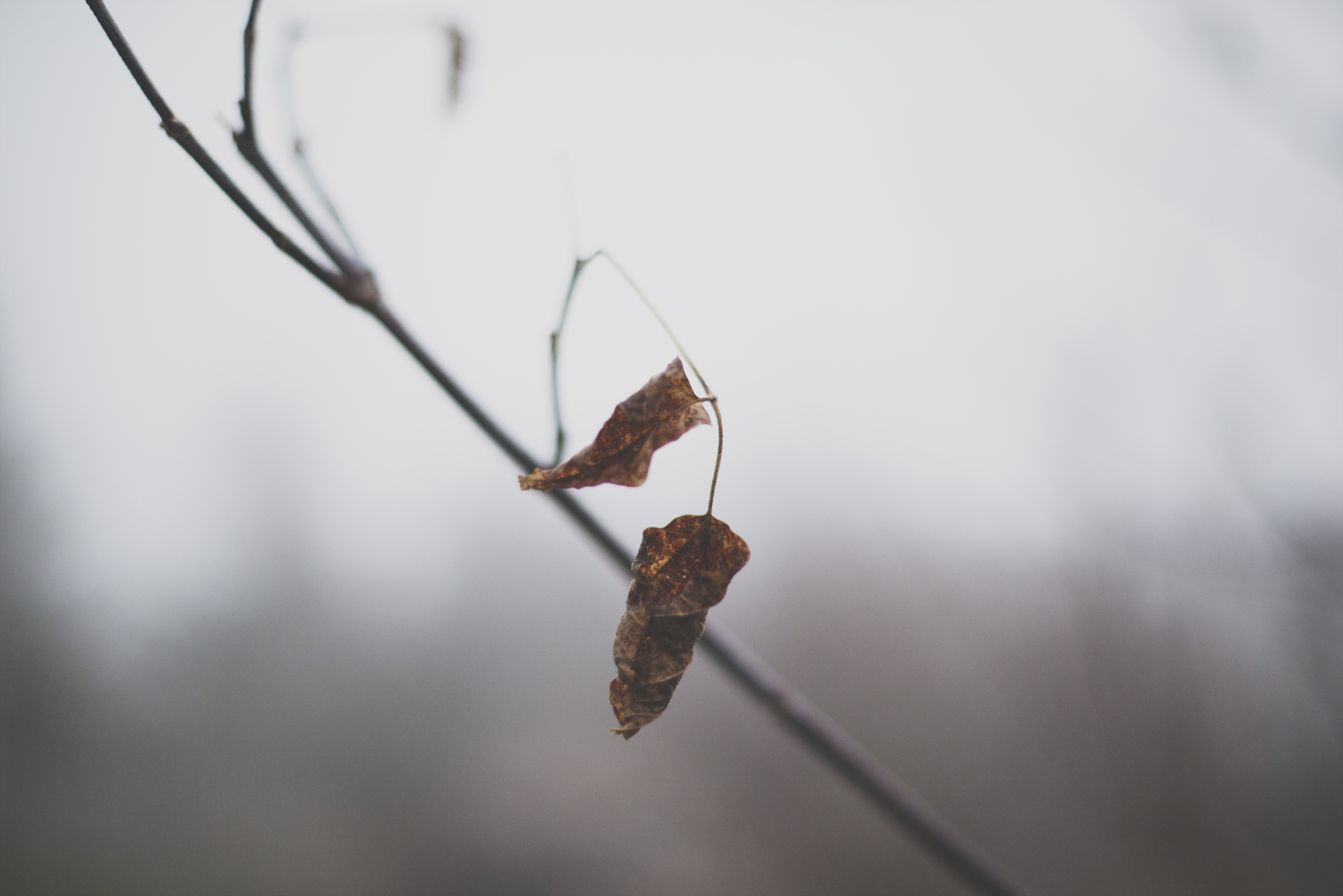 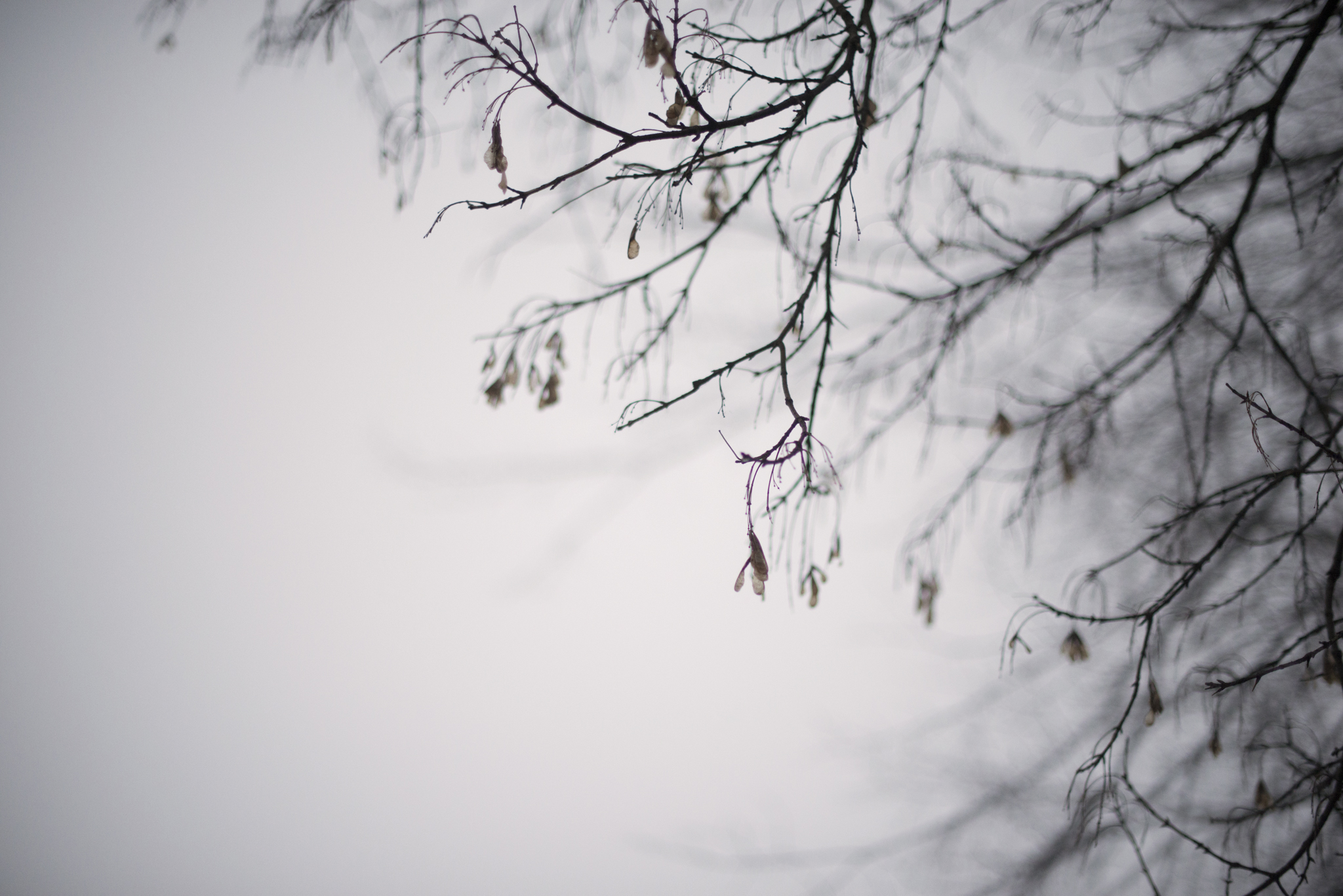 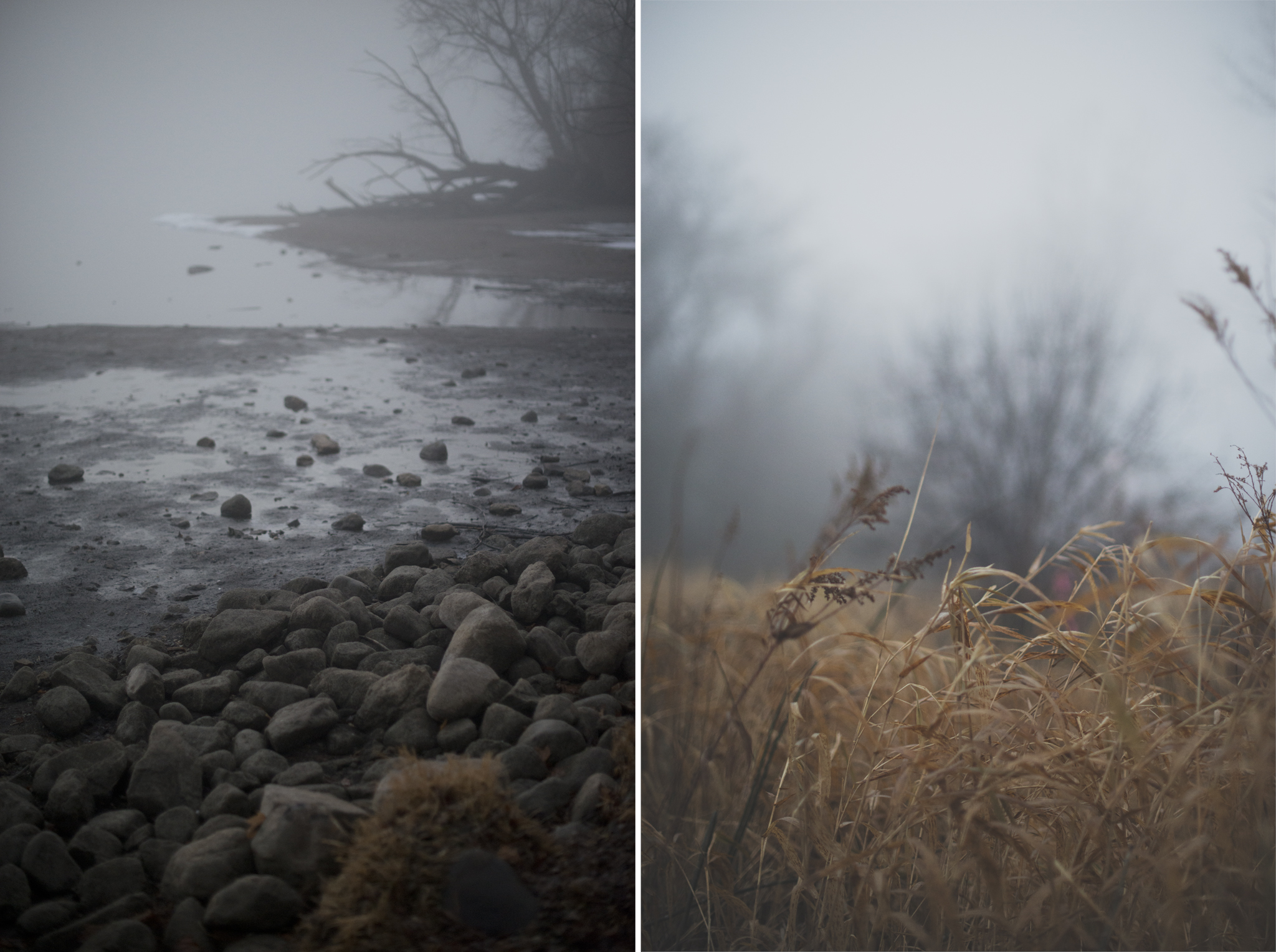 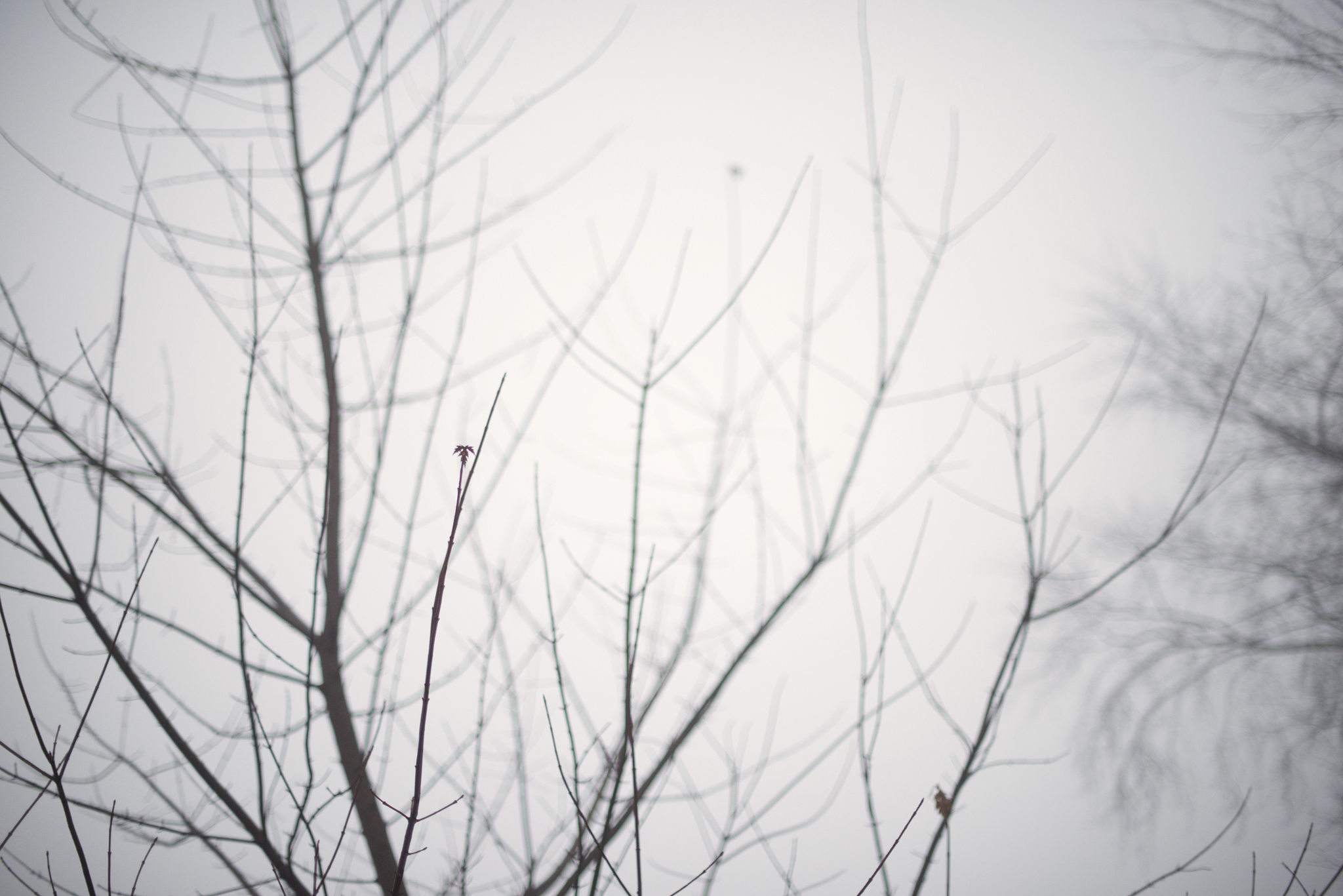 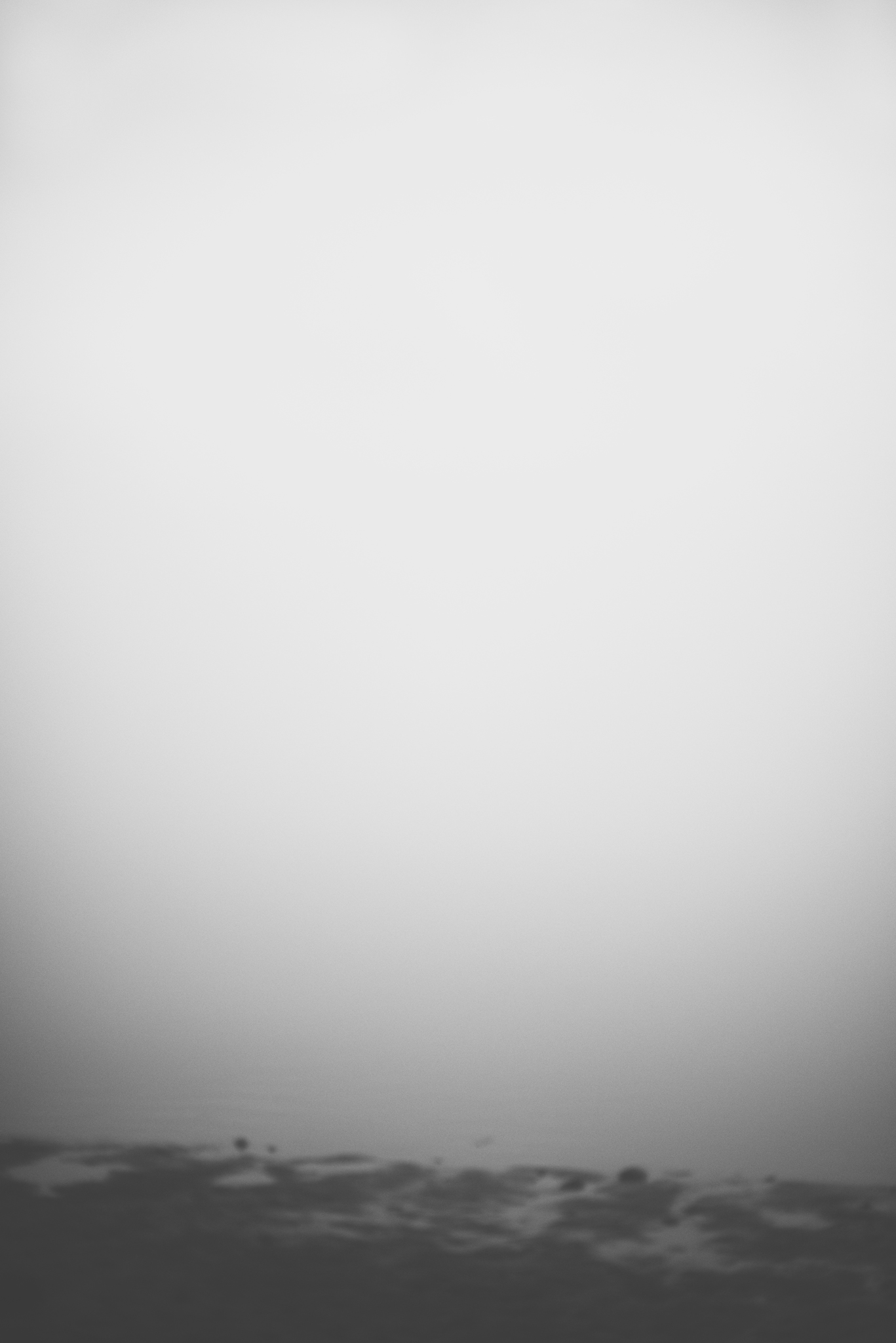 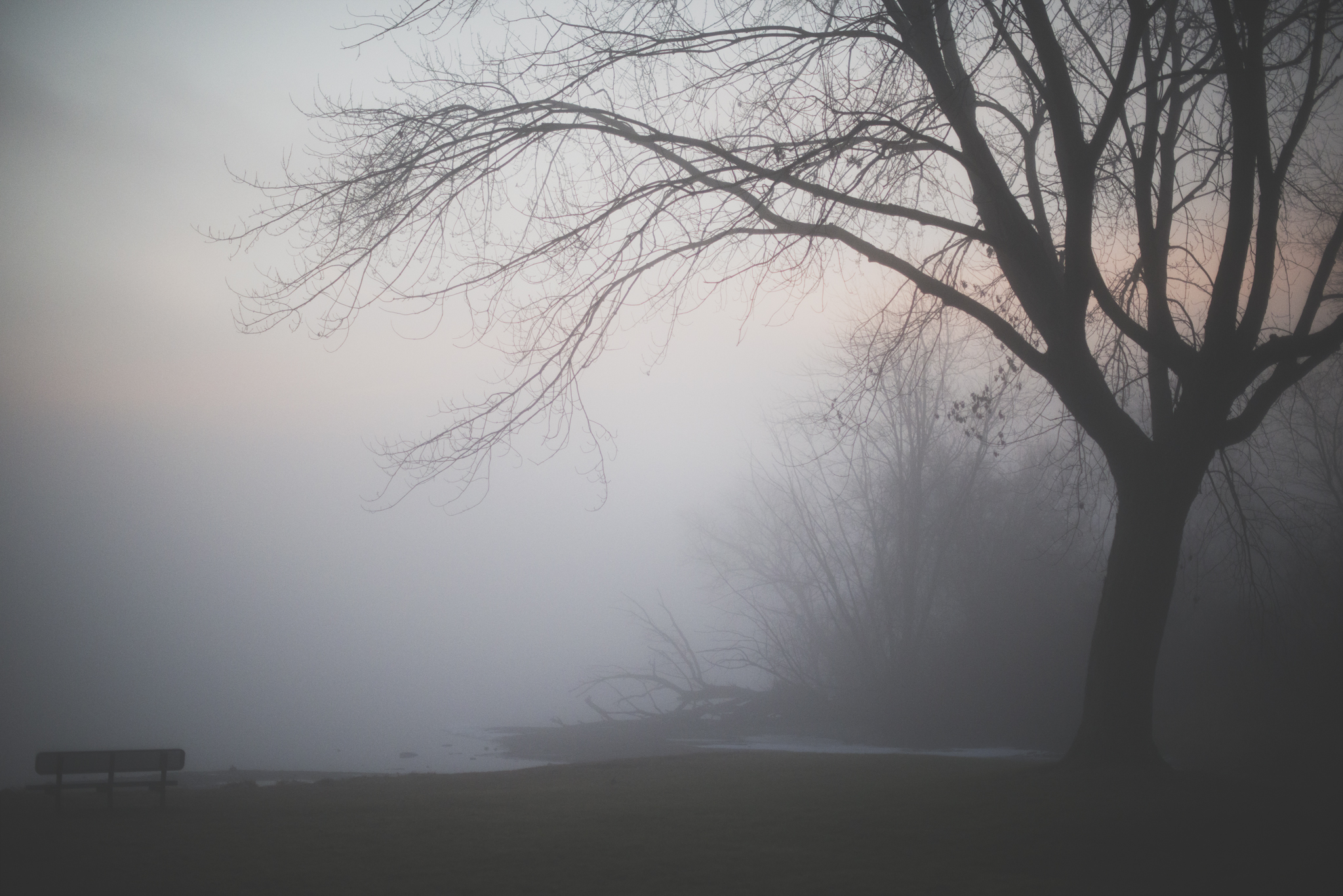 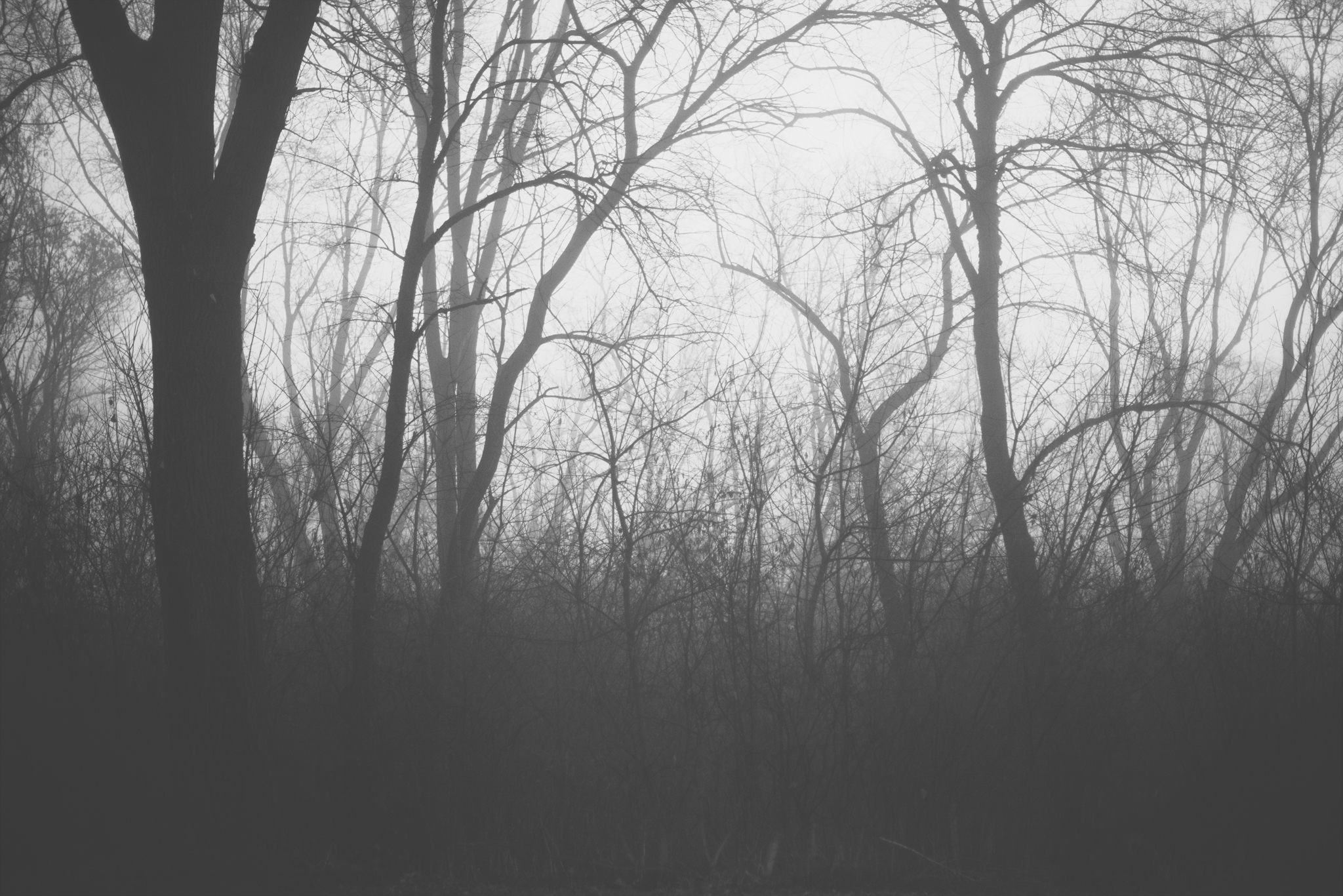 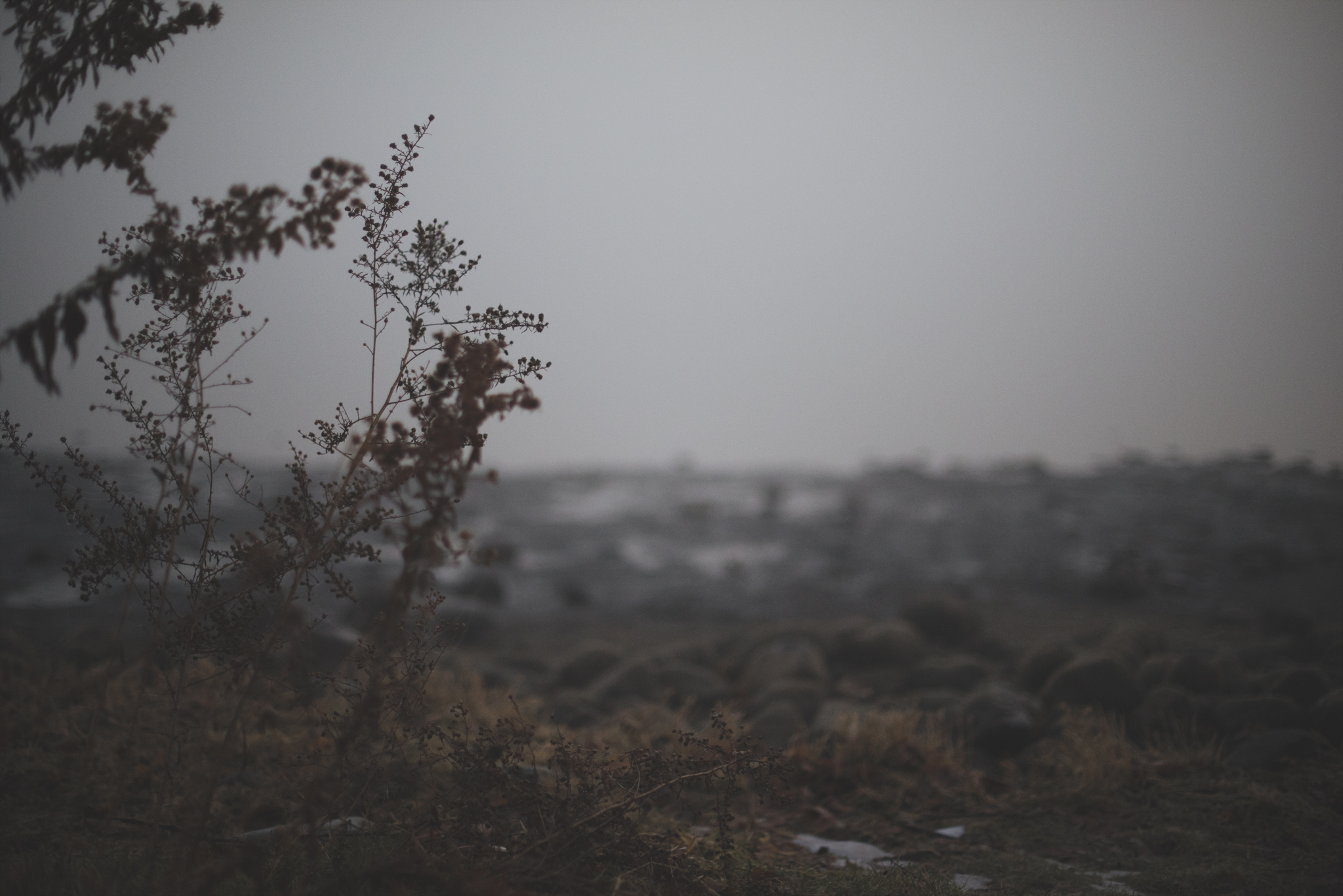 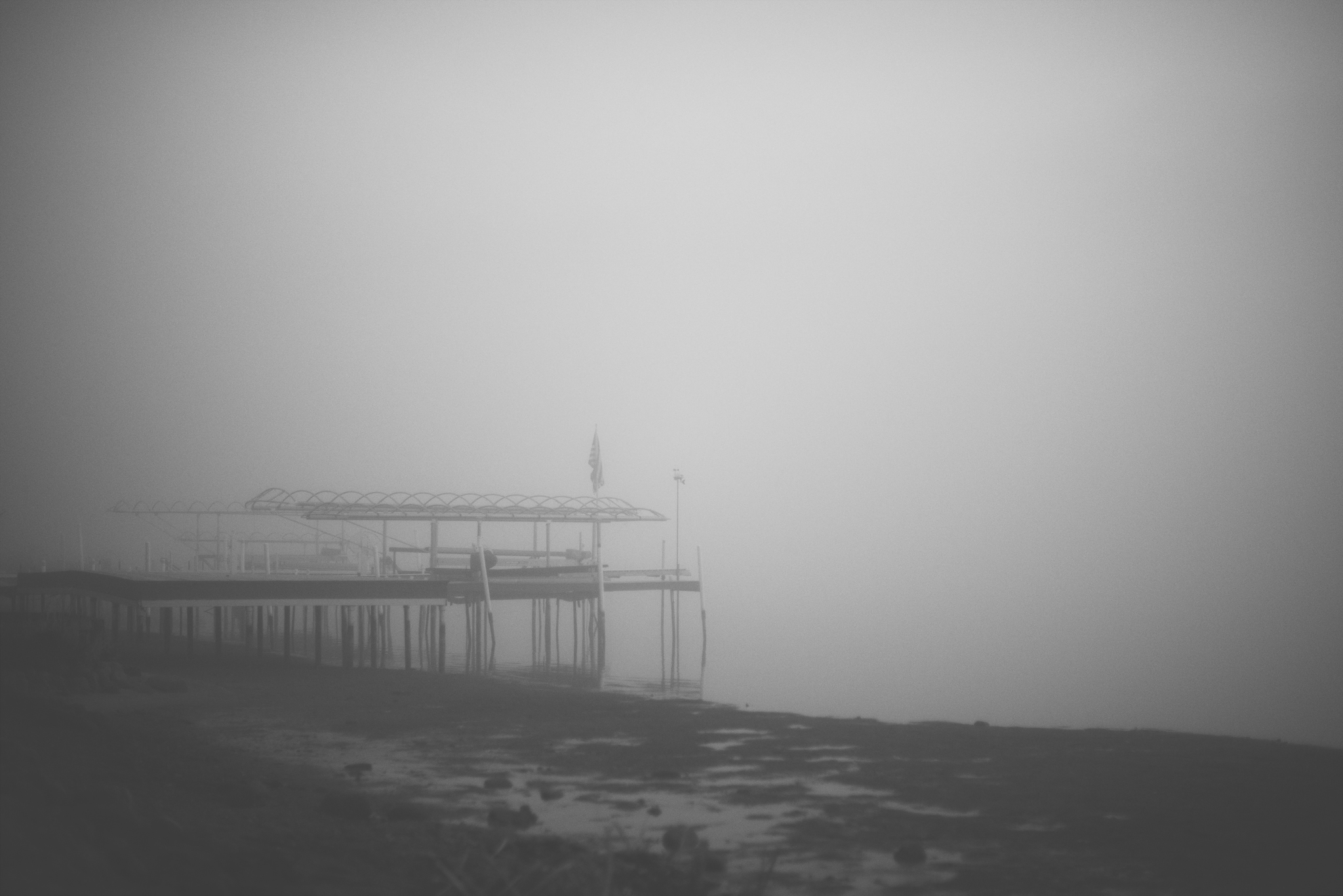 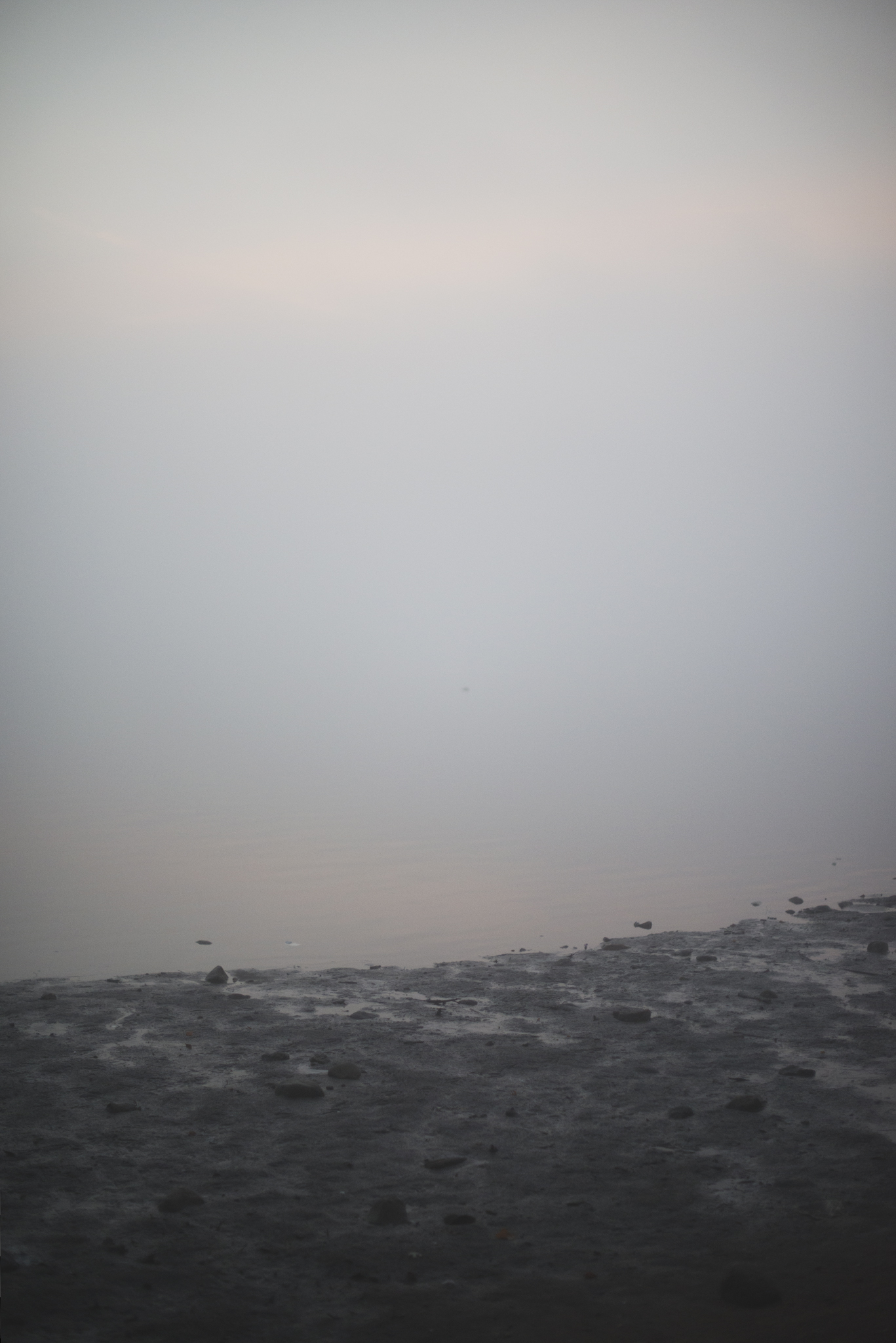 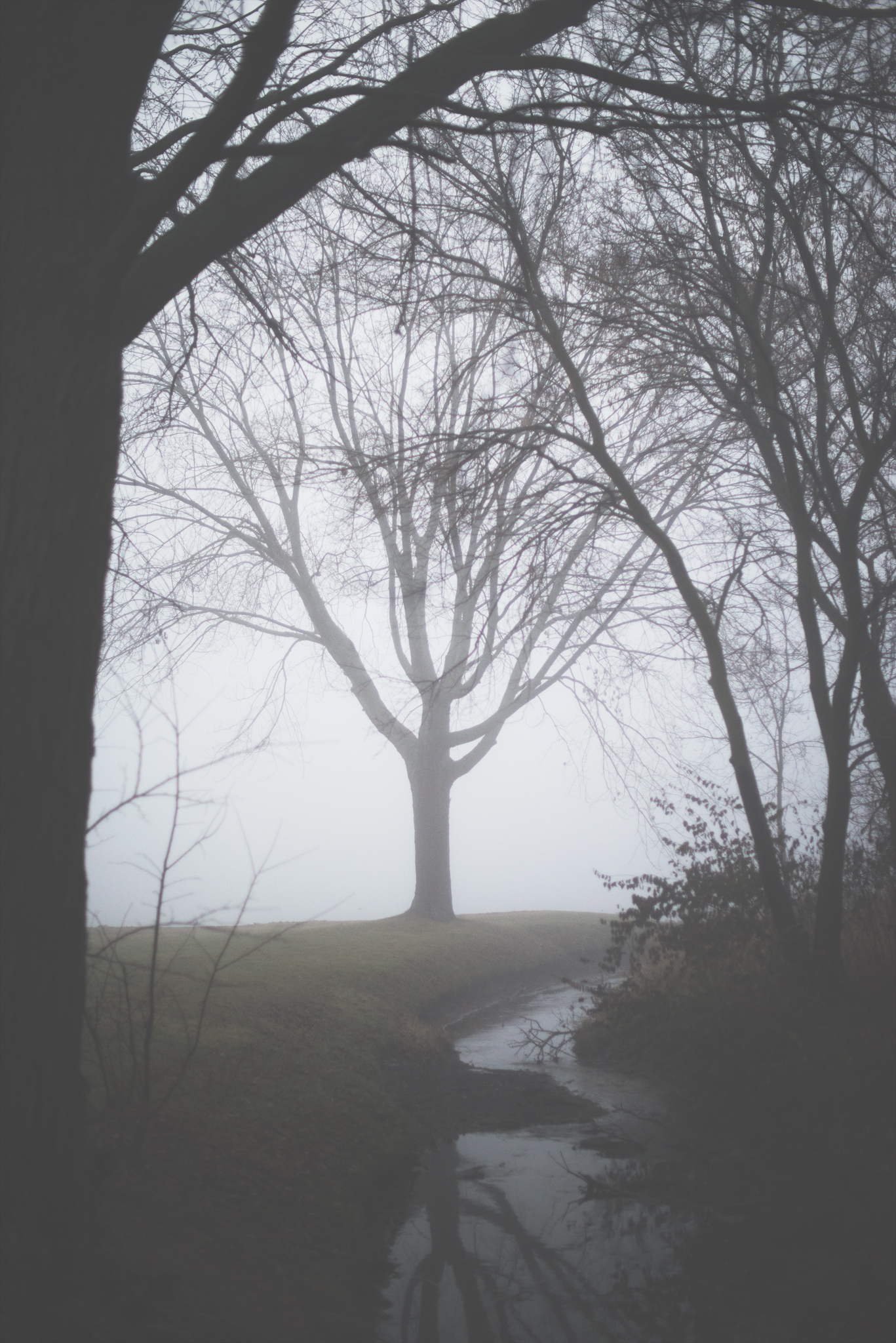 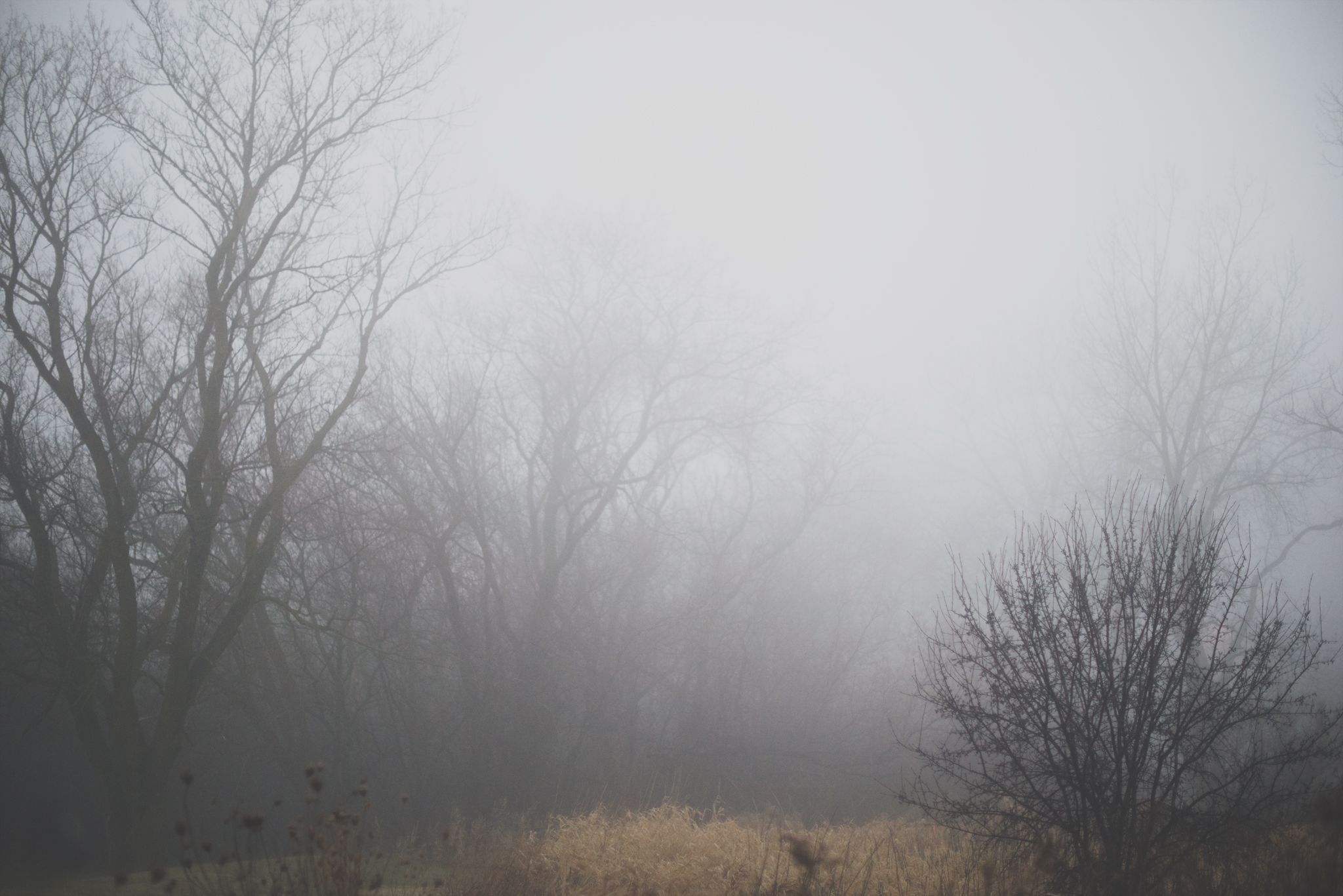 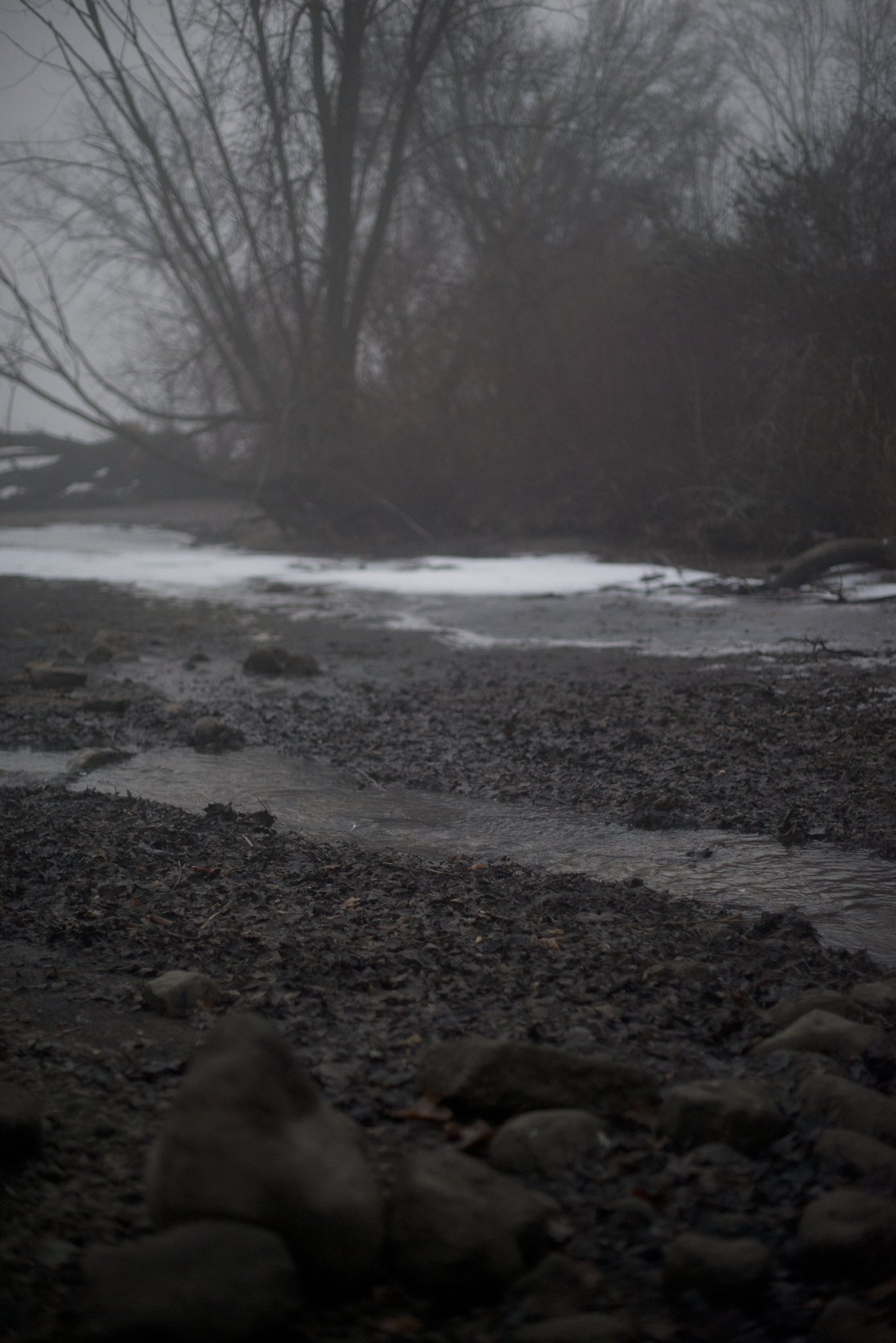 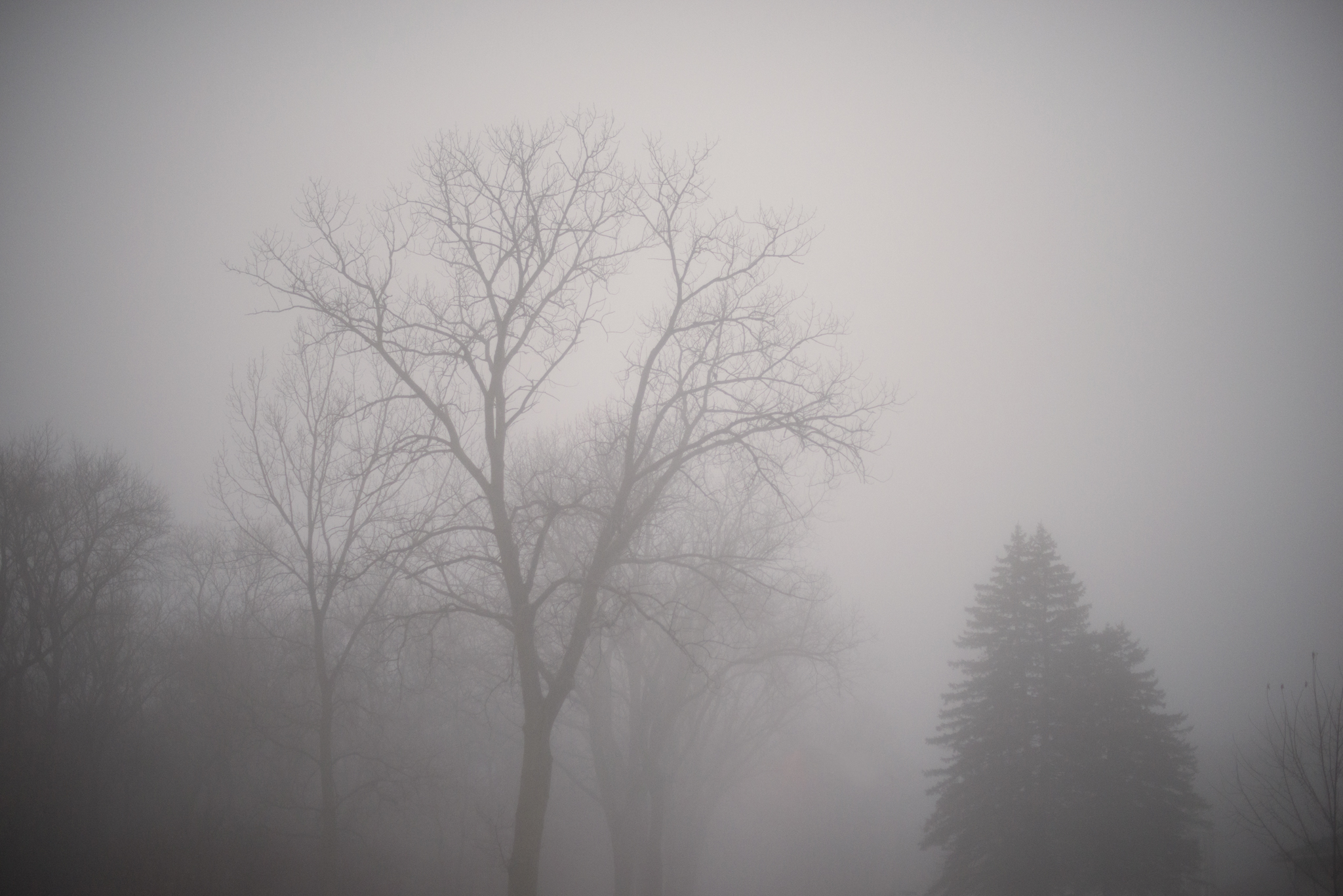 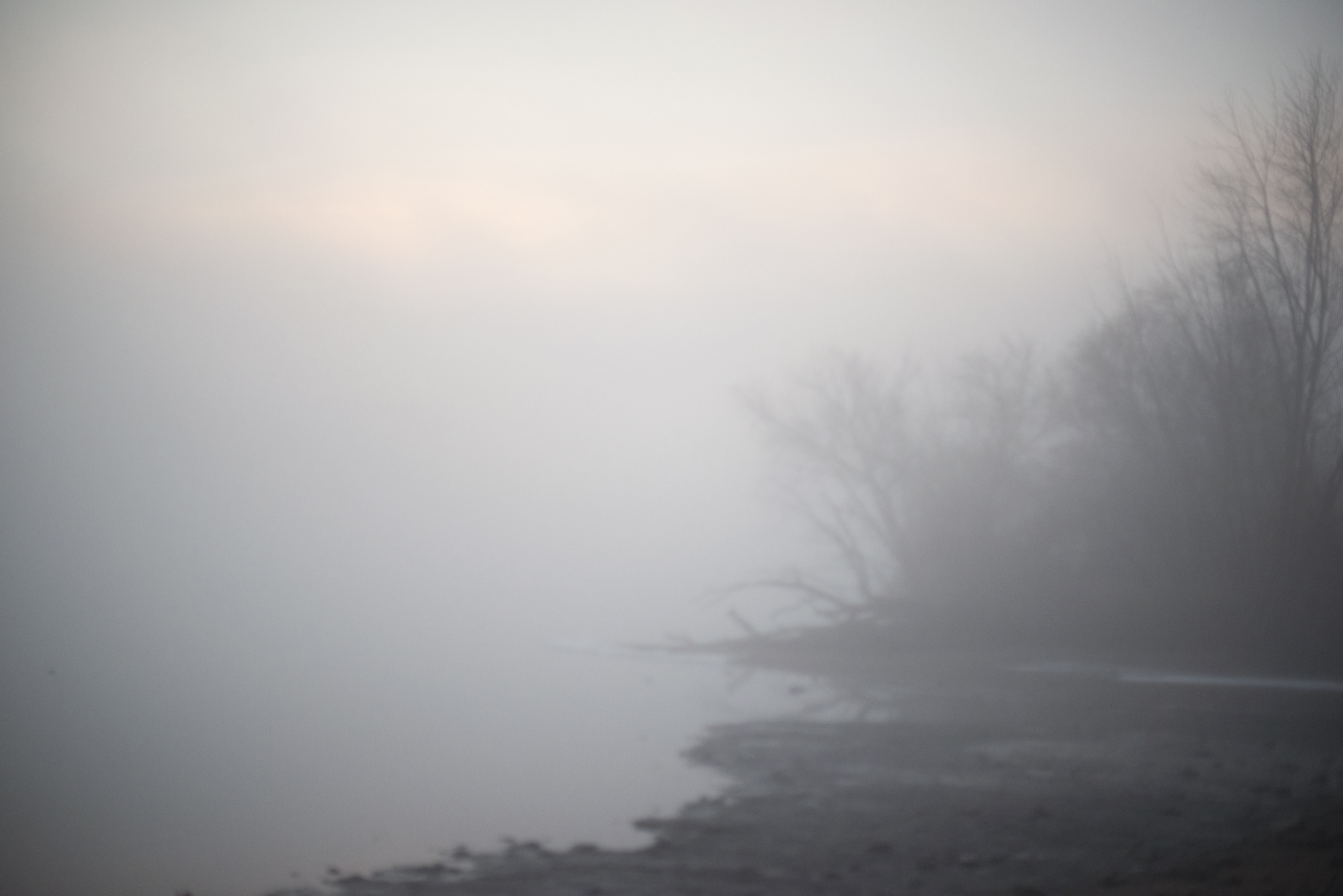 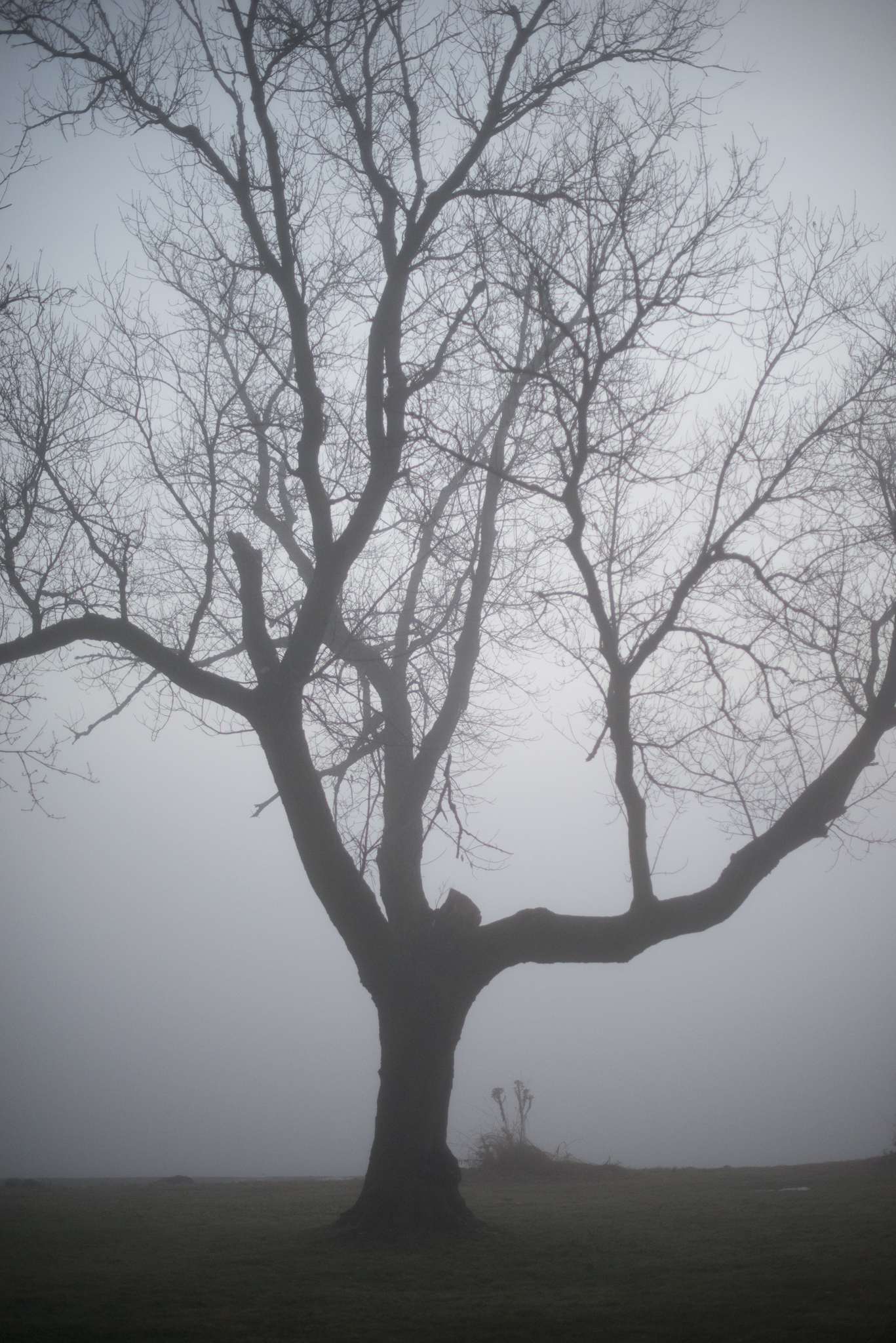 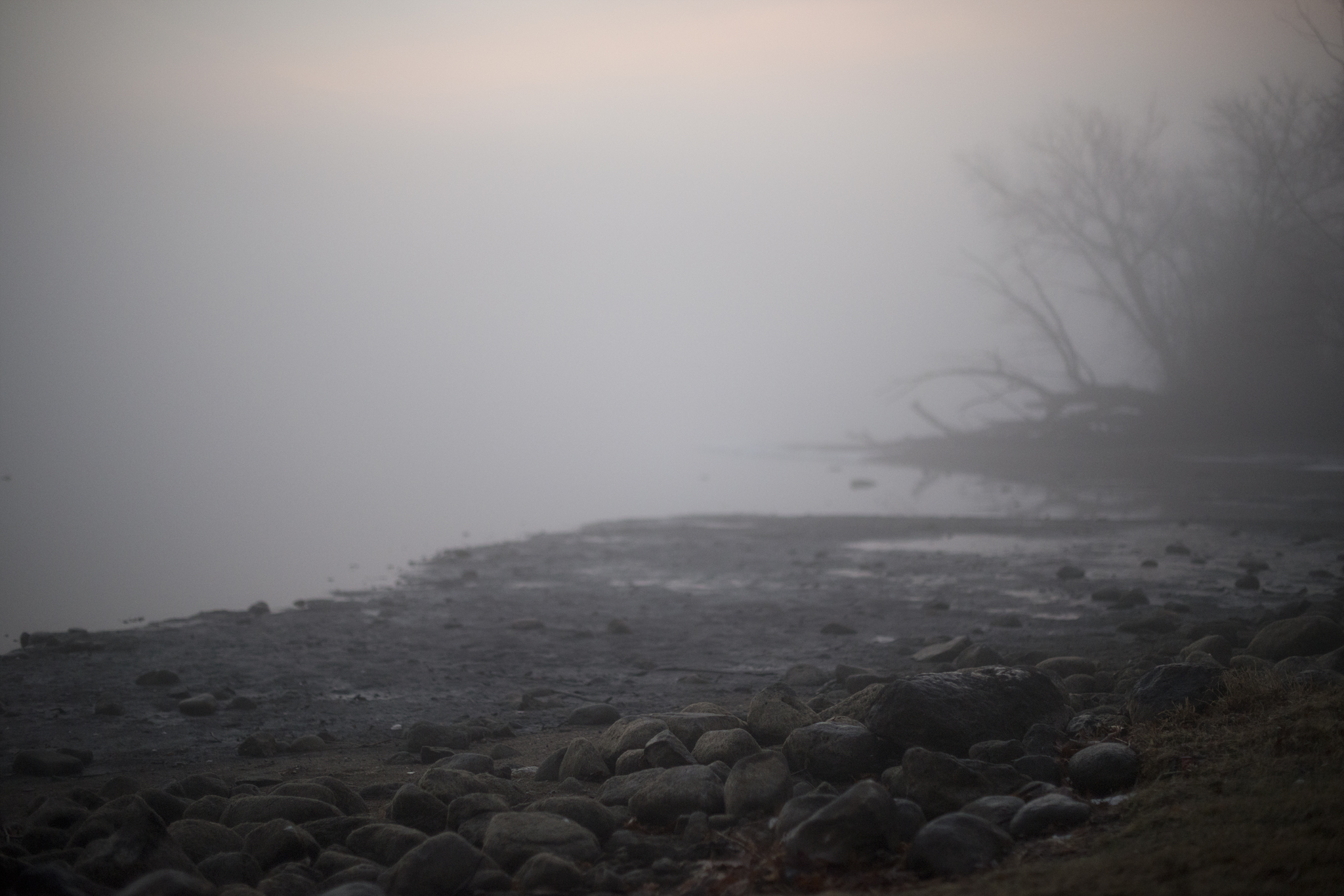 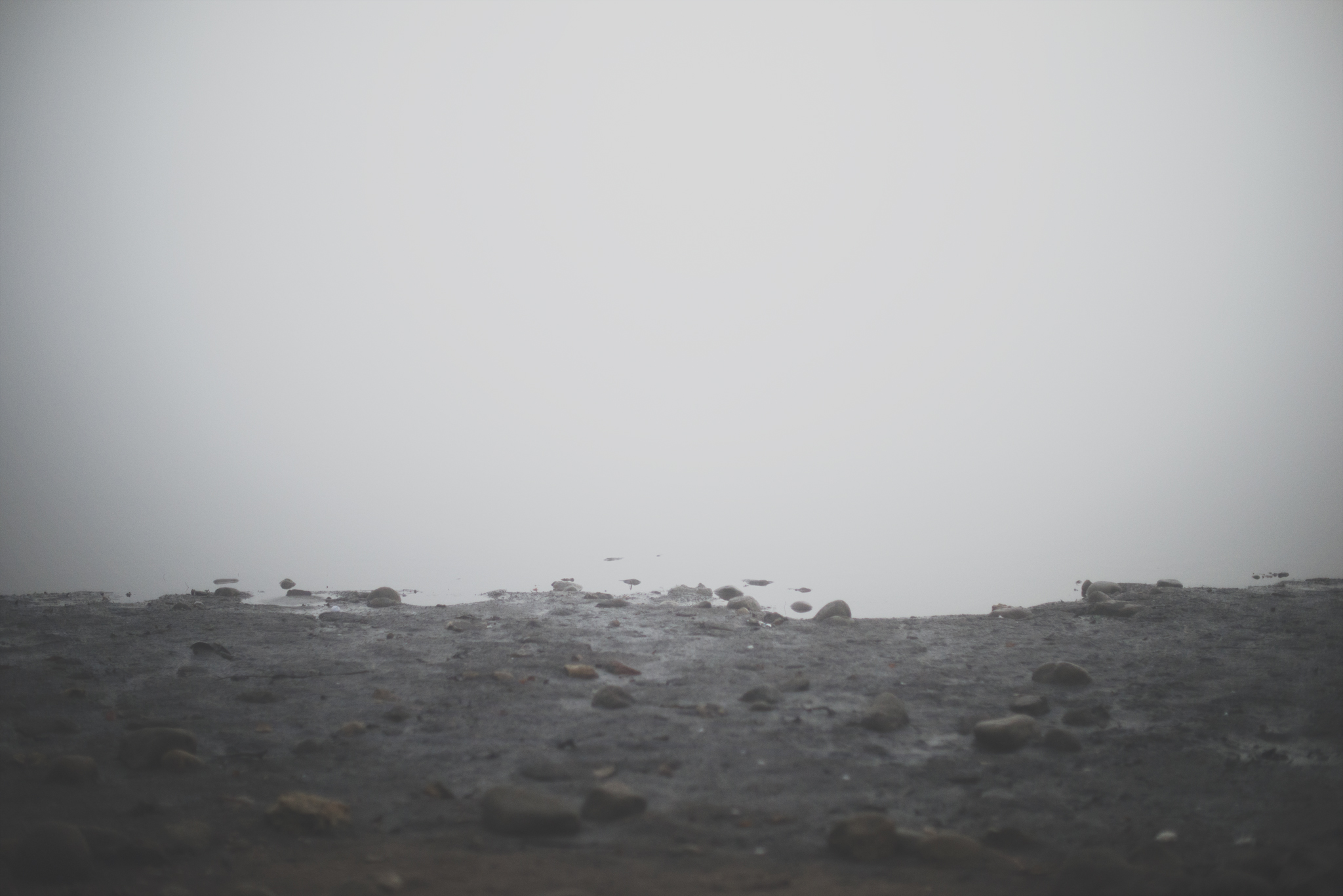 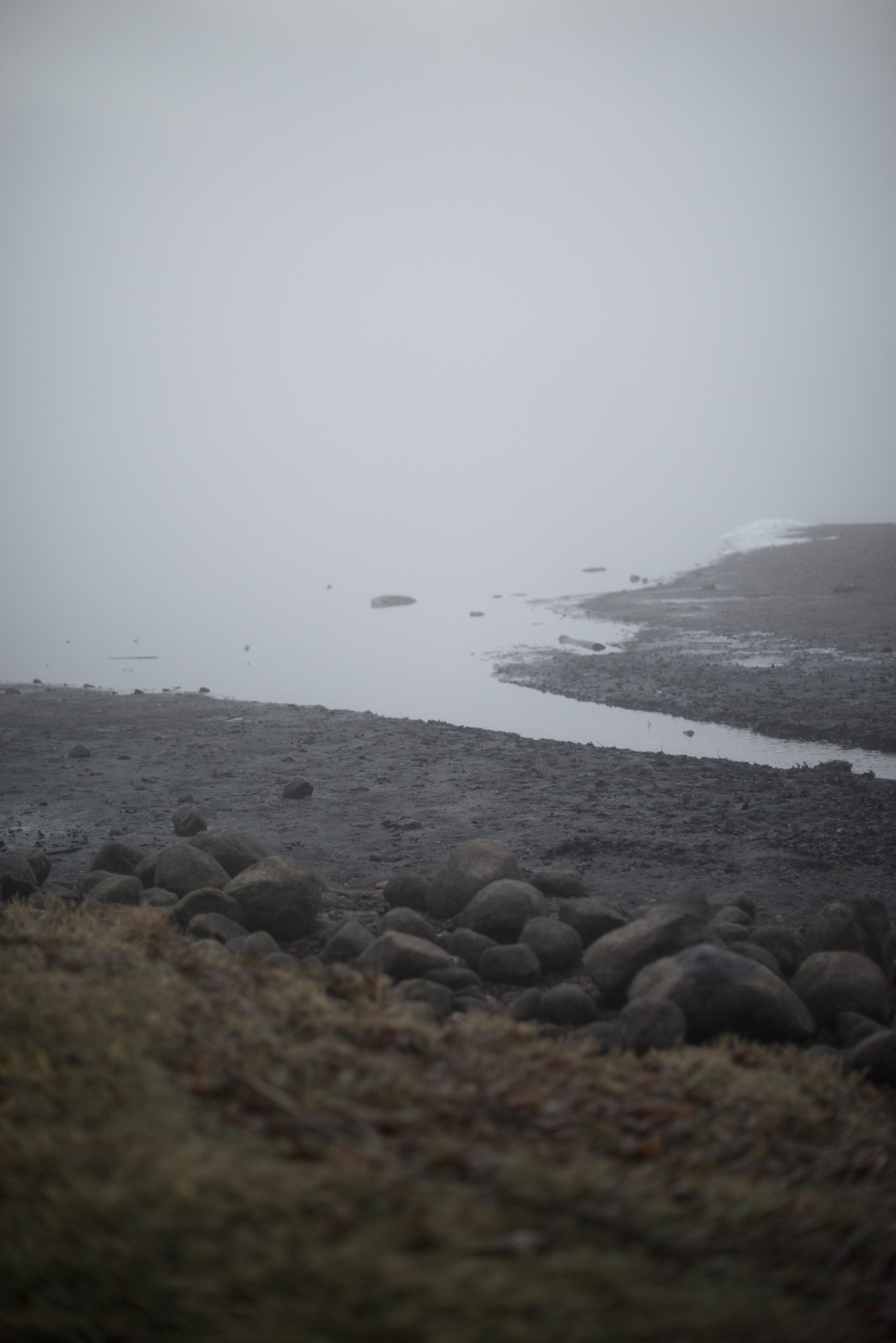 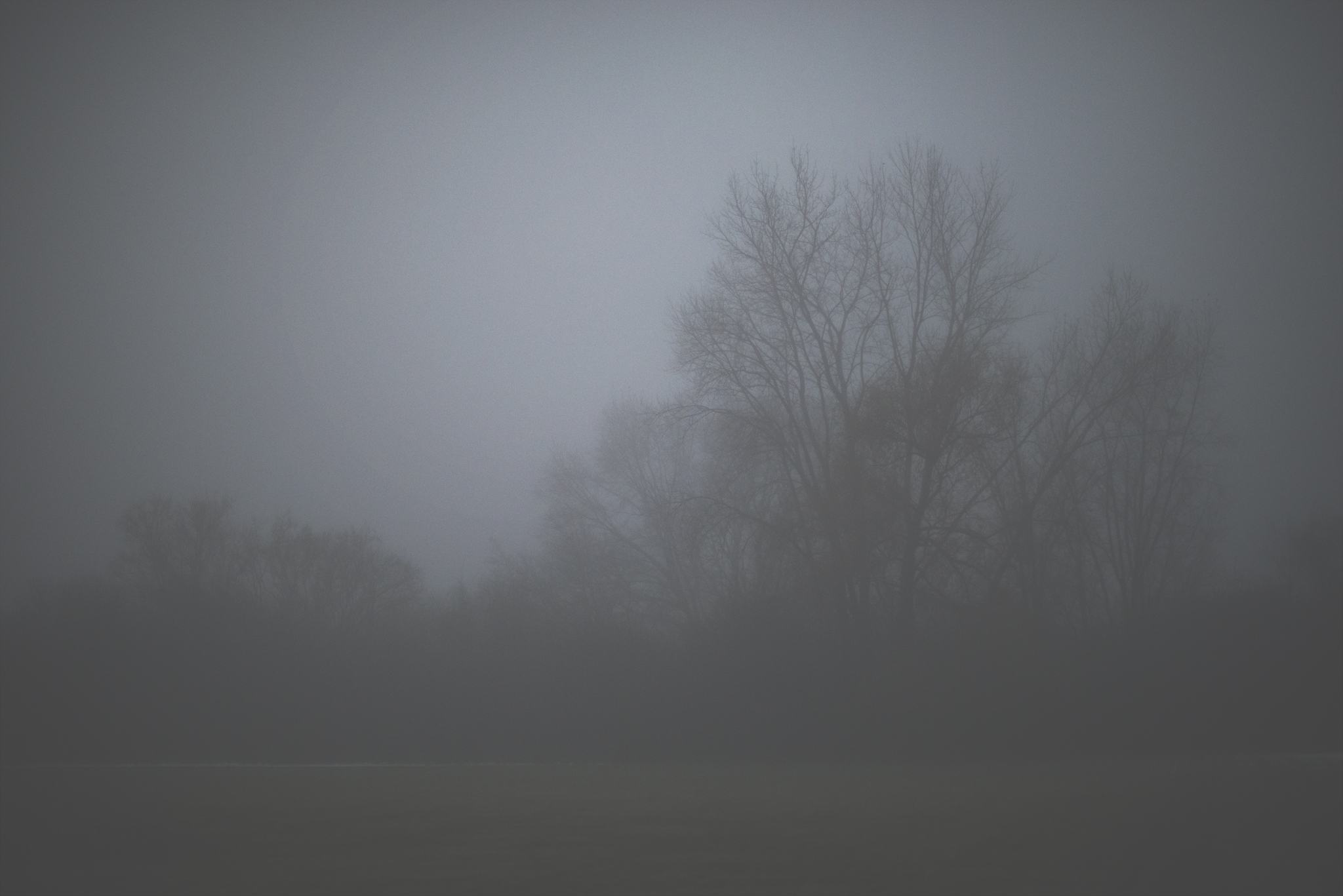 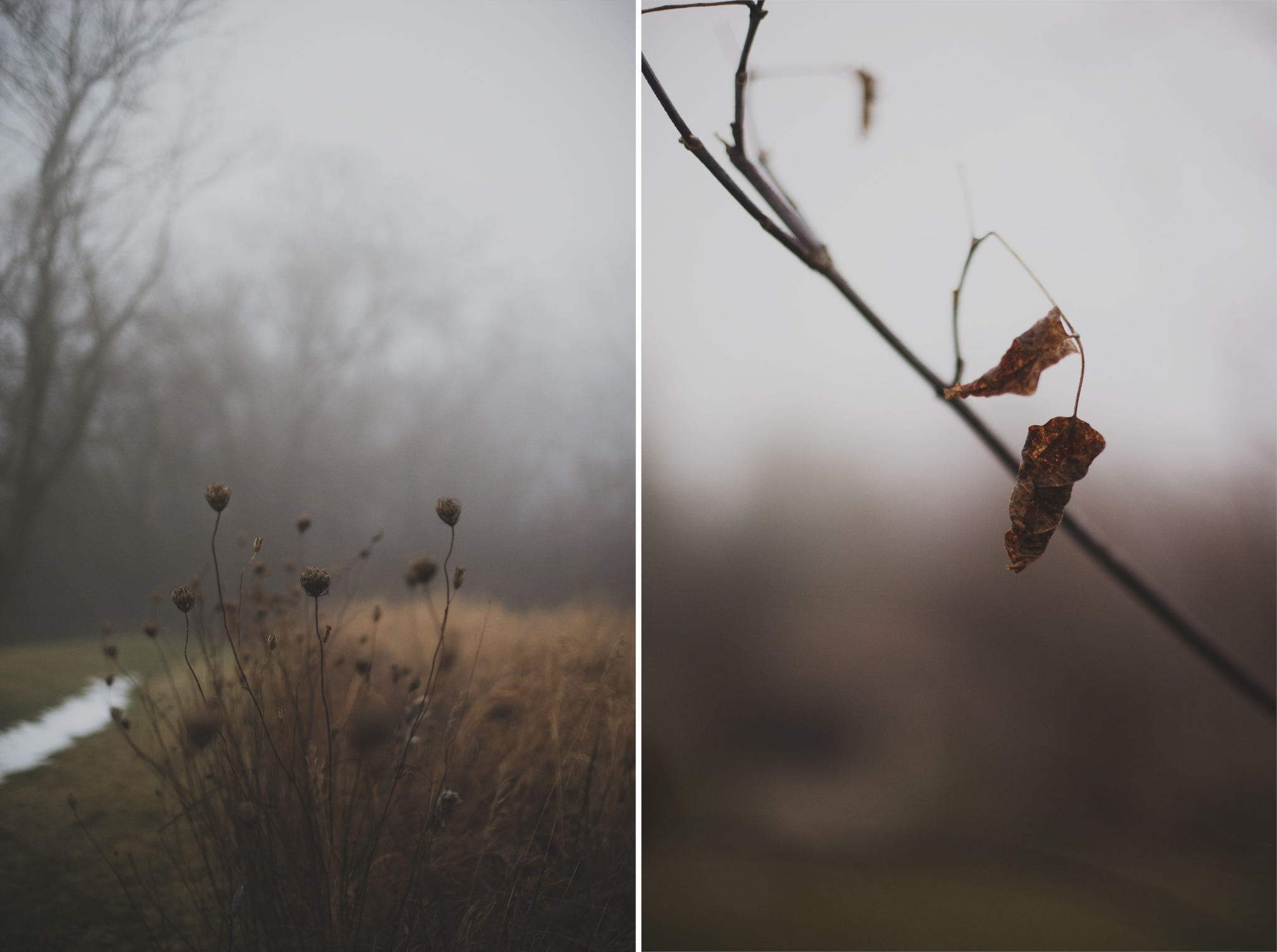 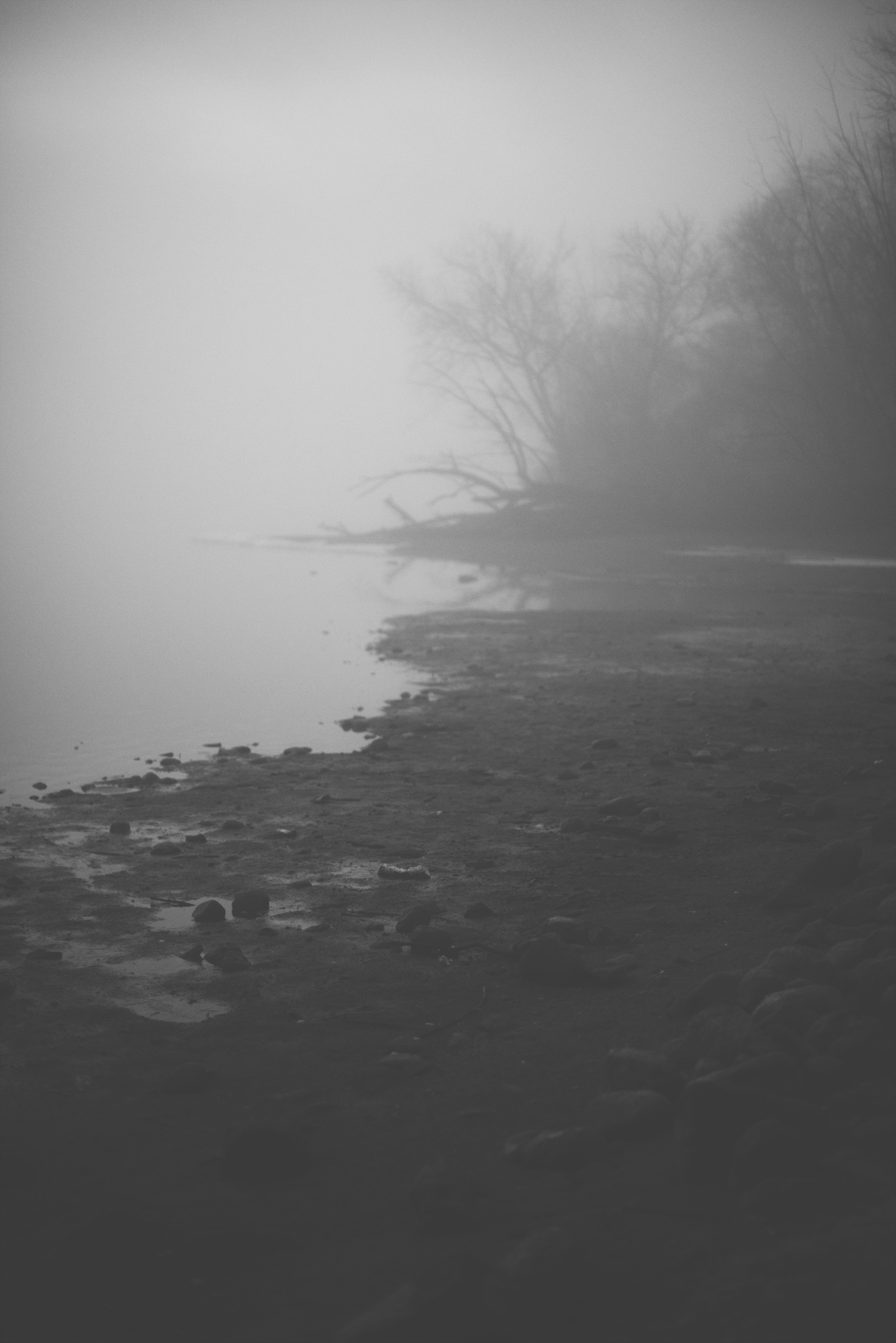 I never really get excited about photography in November. At least not in the non-people-picture sense. Usually, when I think of November, I think of dreary… especially toward the end. All the colorful leaves have drifted off their lofty perches, trampled under foot and rain, or buried beneath snow. The branches are bare, often backdropped by a canvas of gray, and the temperature keeps inching toward Winter. It’s just never seemed pretty to me the way early Fall does.

But today, this last day of November, was different. I woke up early to the dimly lit morning, almost ready to complain that we had another gloomy day… until I looked outside and discovered a beautiful fog covering the landscape, enveloped in every direction. The warm air of yesterday and the melted snow it produced met up with today’s chill… making gorgeous, thick haze.

So I quickly grabbed my camera and dashed off in my car to the river a couple blocks away before the fog could dissipate… not even bothering to change out of my flip-flops. Toes exposed, I walked along the riverside to capture the fog and its accompanying mood. The fog was so dense that I could not tell the water from the sky… well, to put it more accurately, I couldn’t see either. All that could be seen was the fog, making the river and sky appear as one, and by it, everything was made pretty. Despite how chilly I’d become, I wanted to stay out there to take pictures for hours. It felt good to see November in much a fonder light. It was a nice way to say goodbye to my least favorite month, which just might have moved up one notch after today.

Going into December, what will definitely be a difficult month for me, I’m glad to exit November on such a high note.

4 thoughts on “Before December”