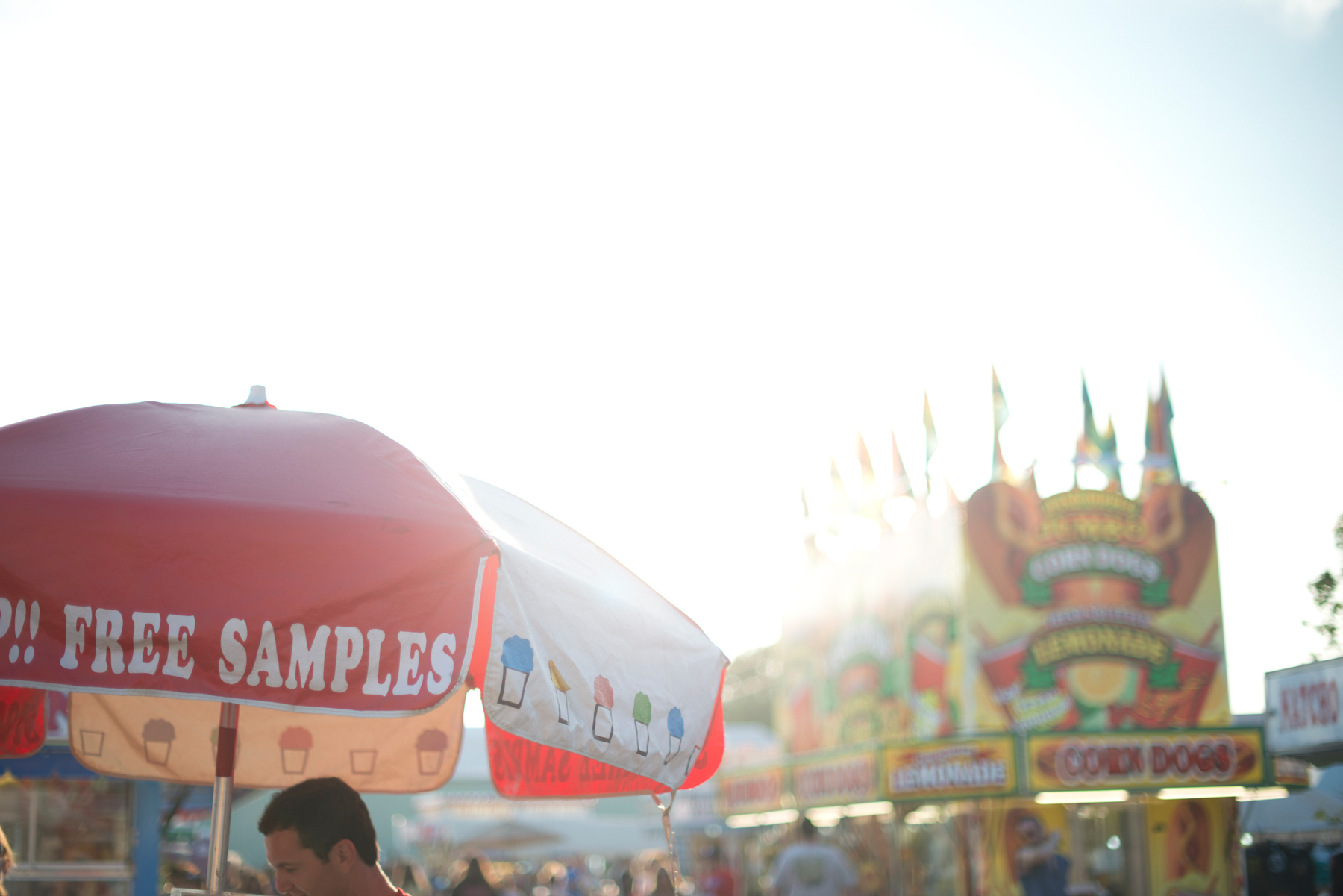 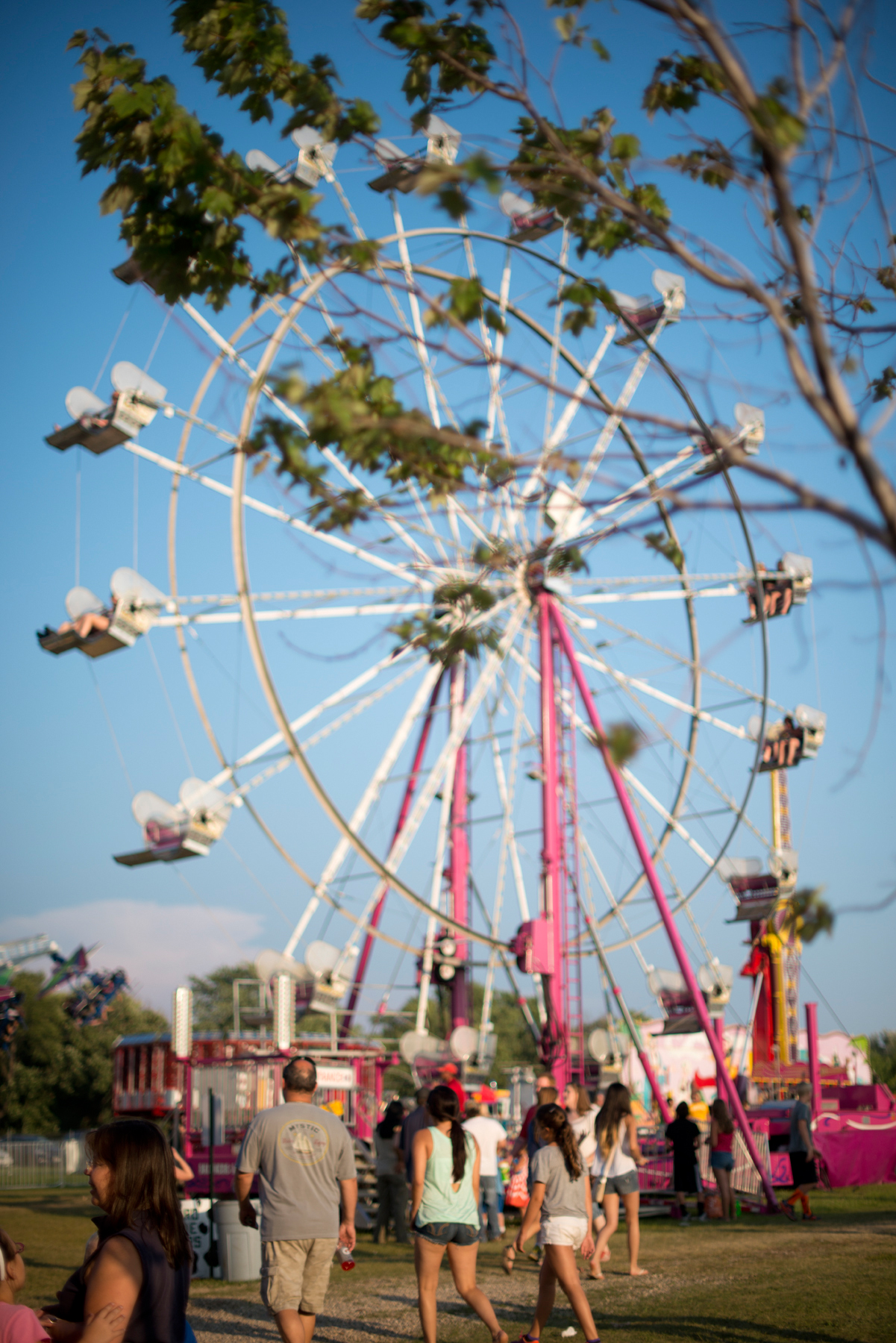 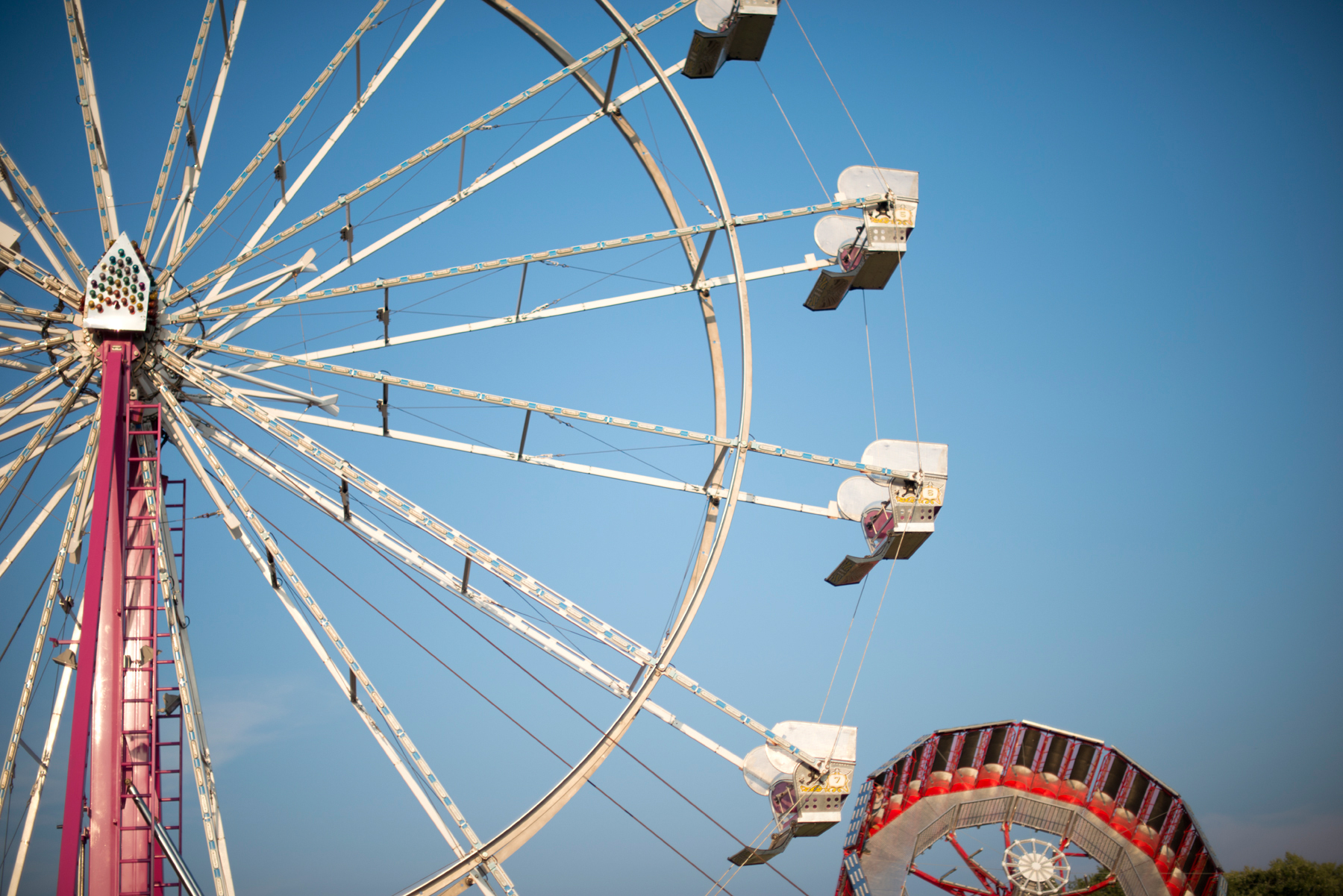 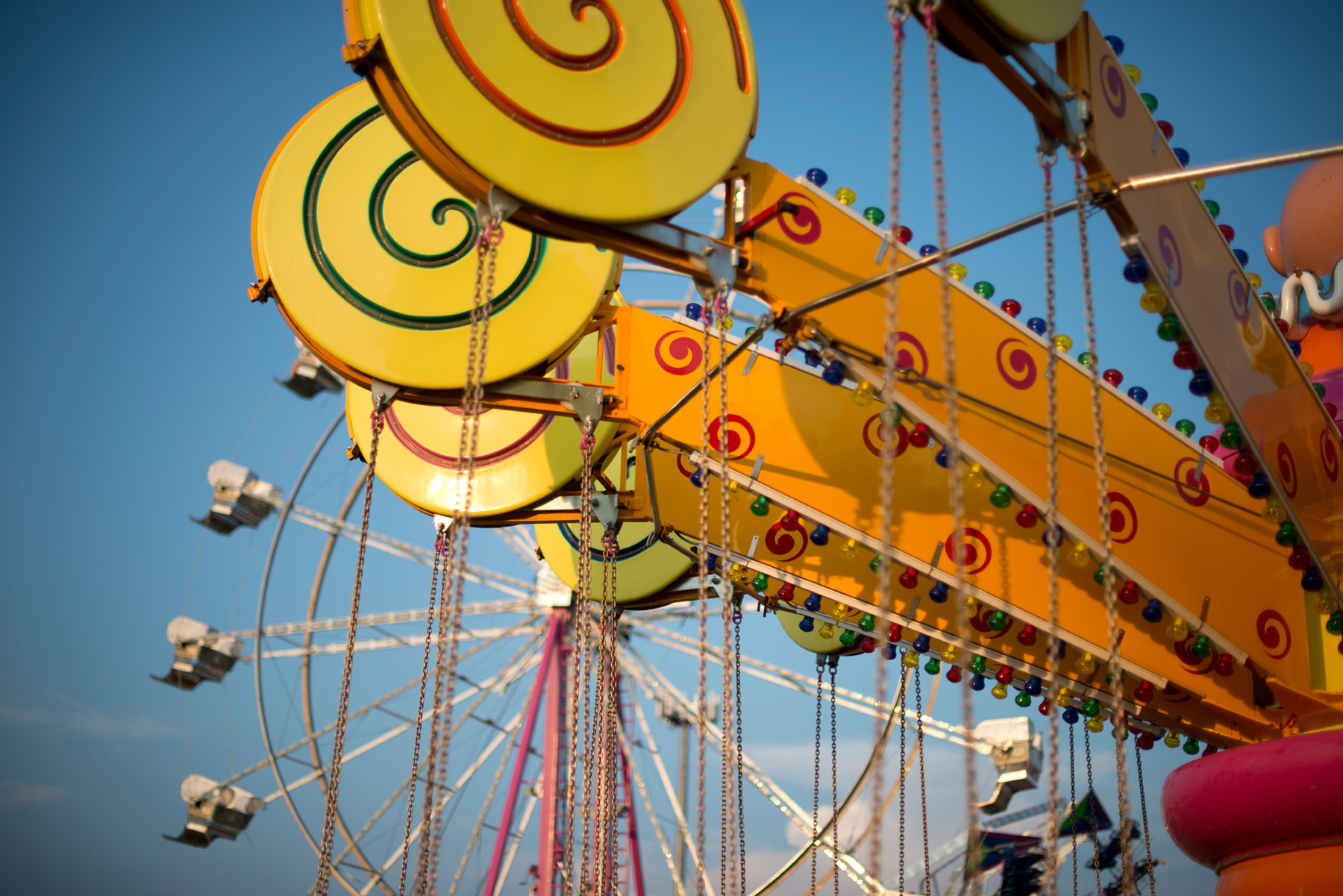 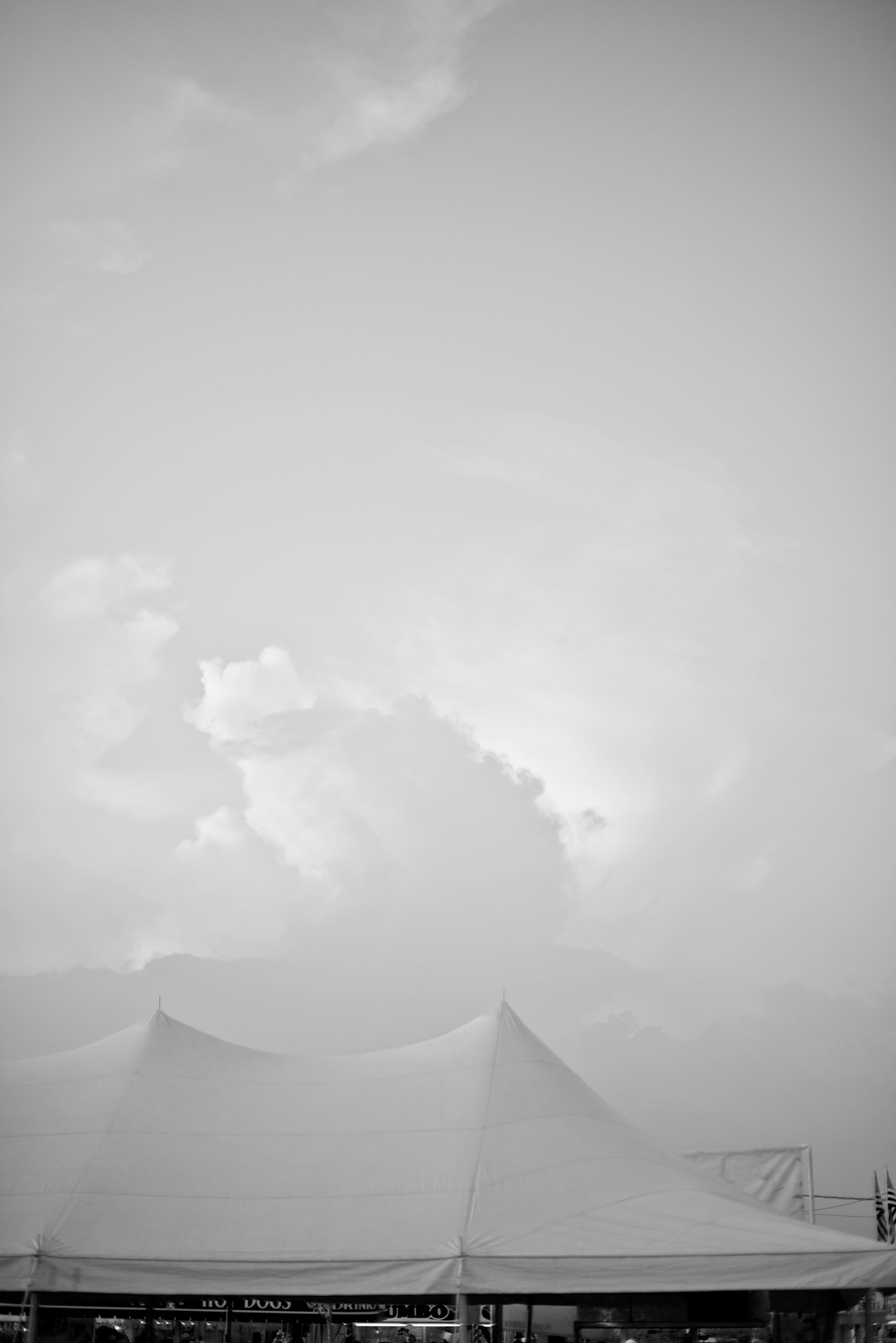 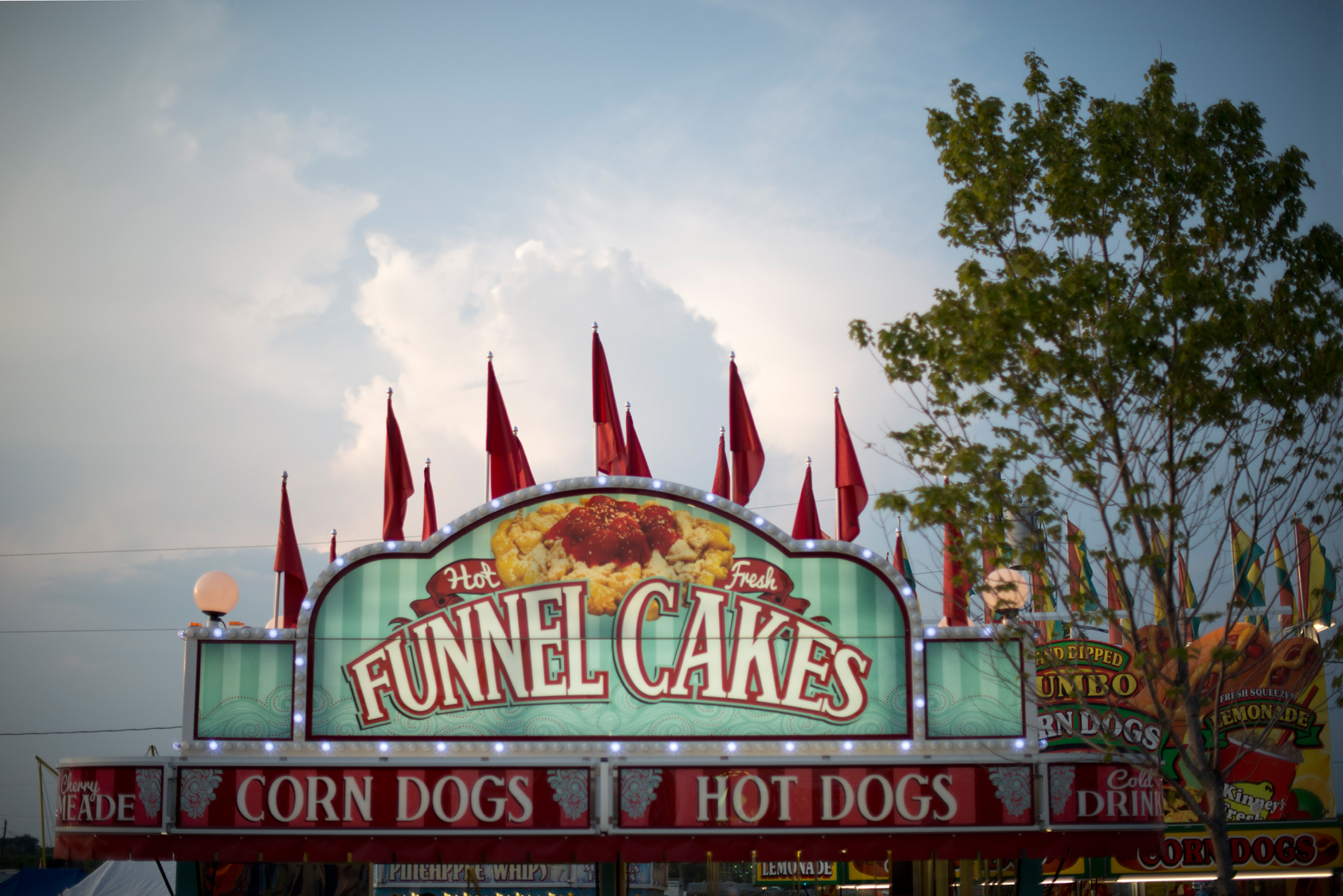 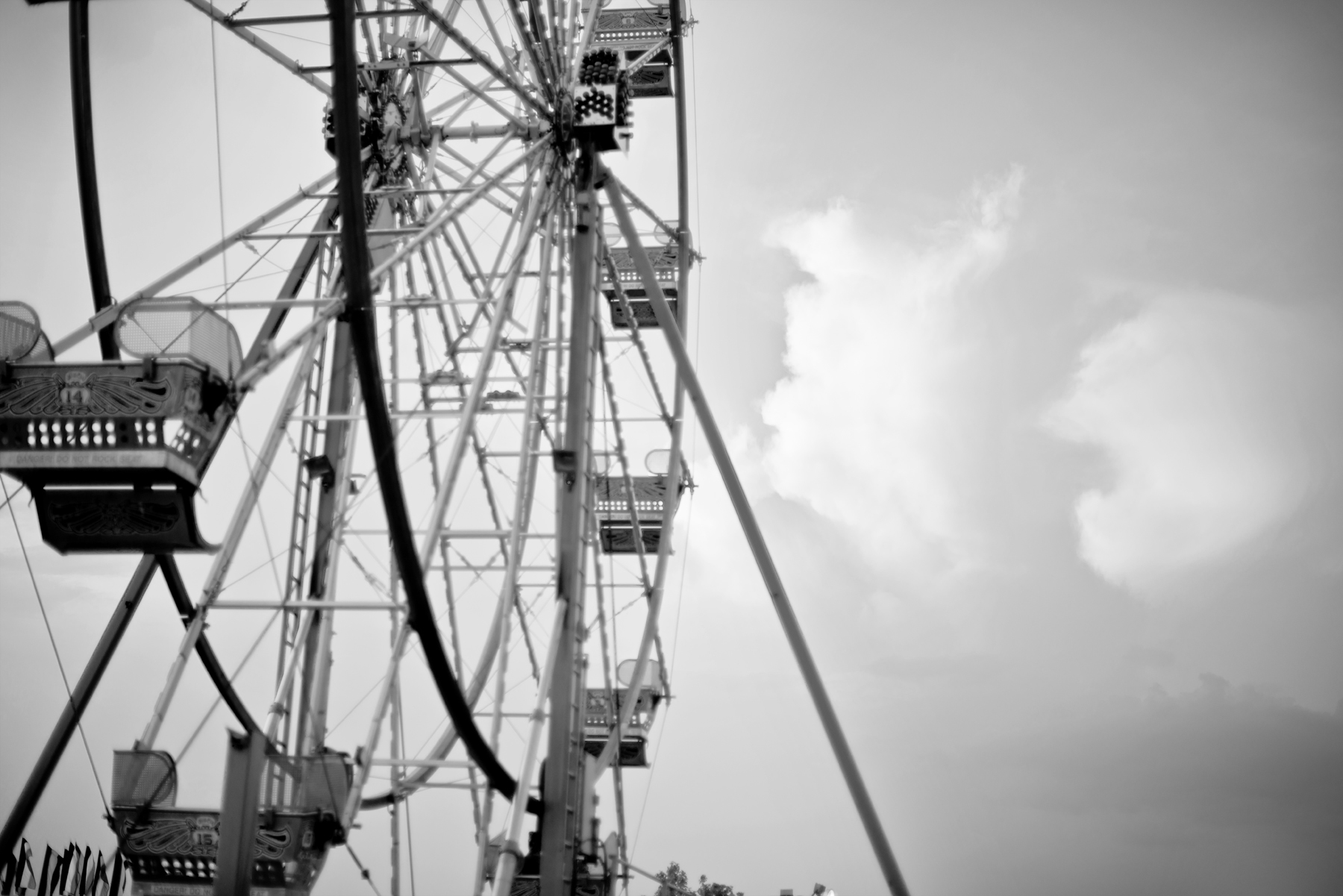 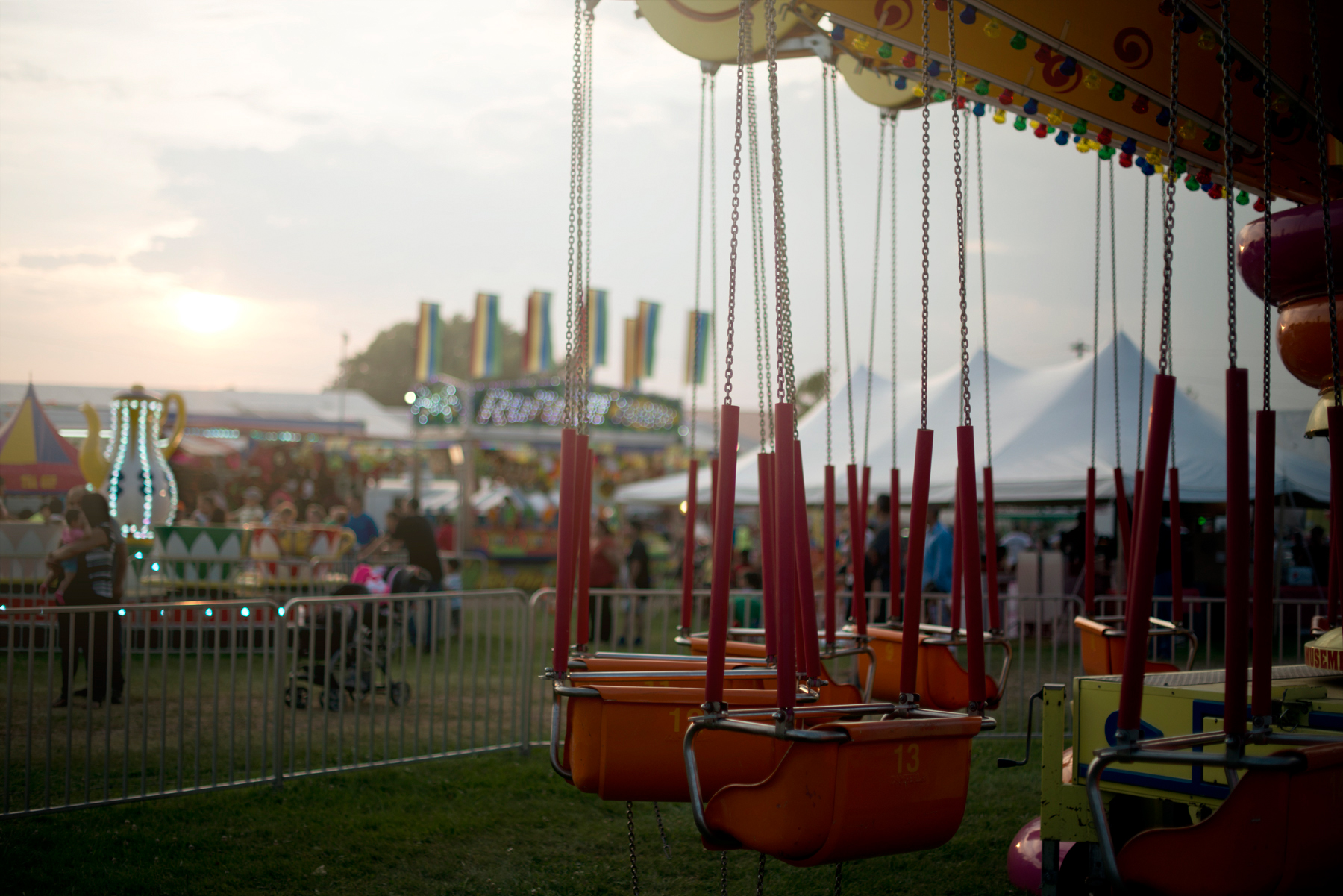 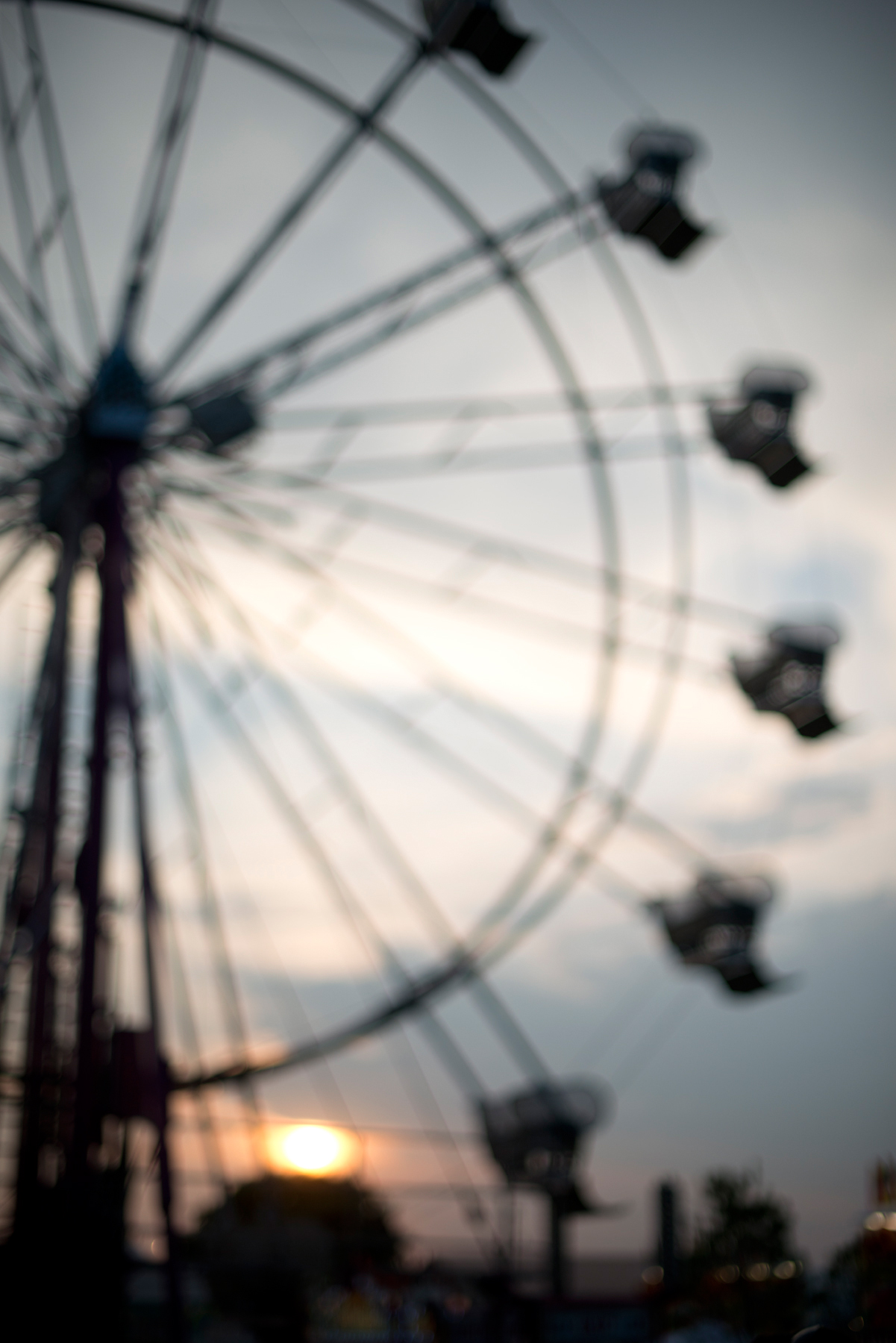 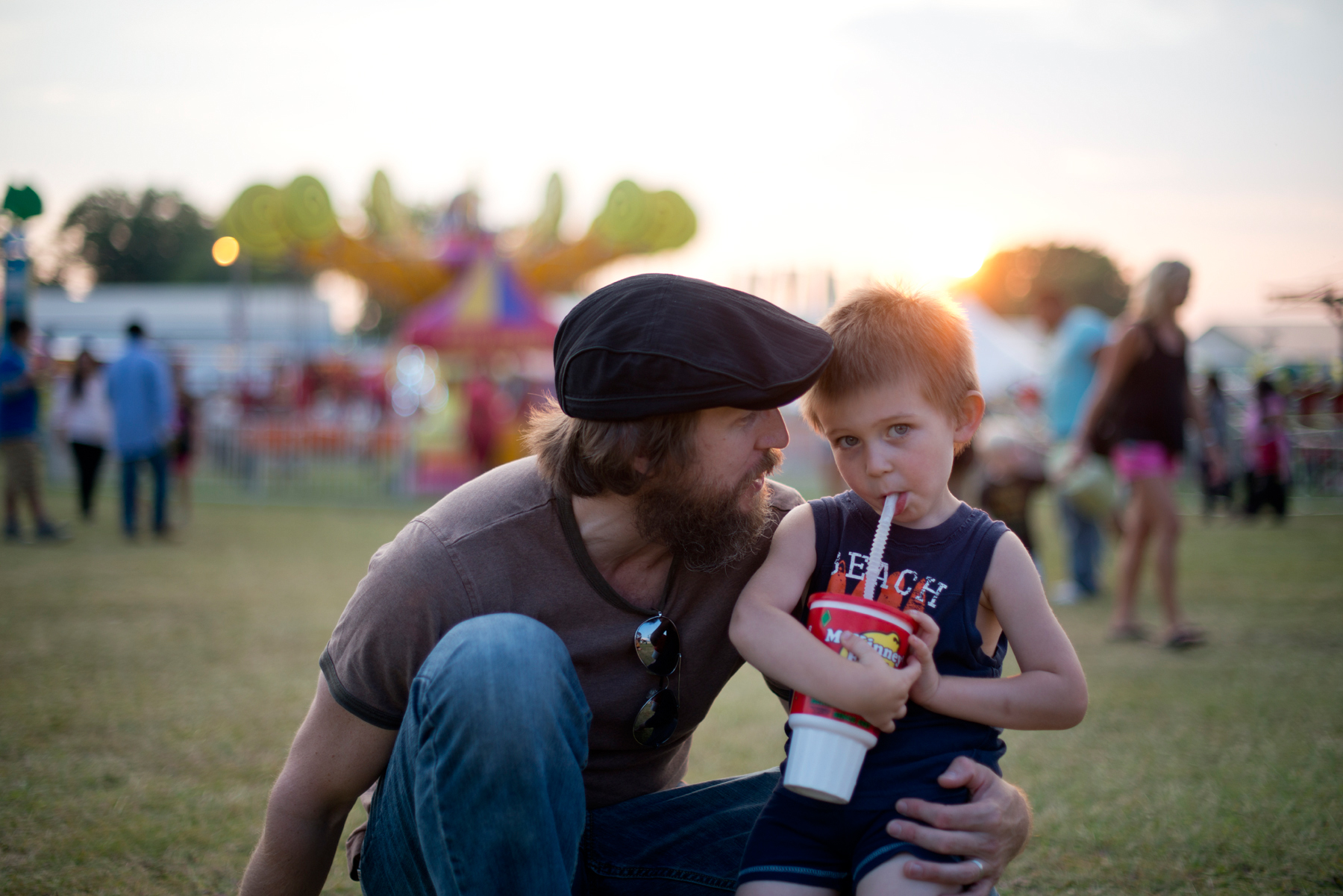 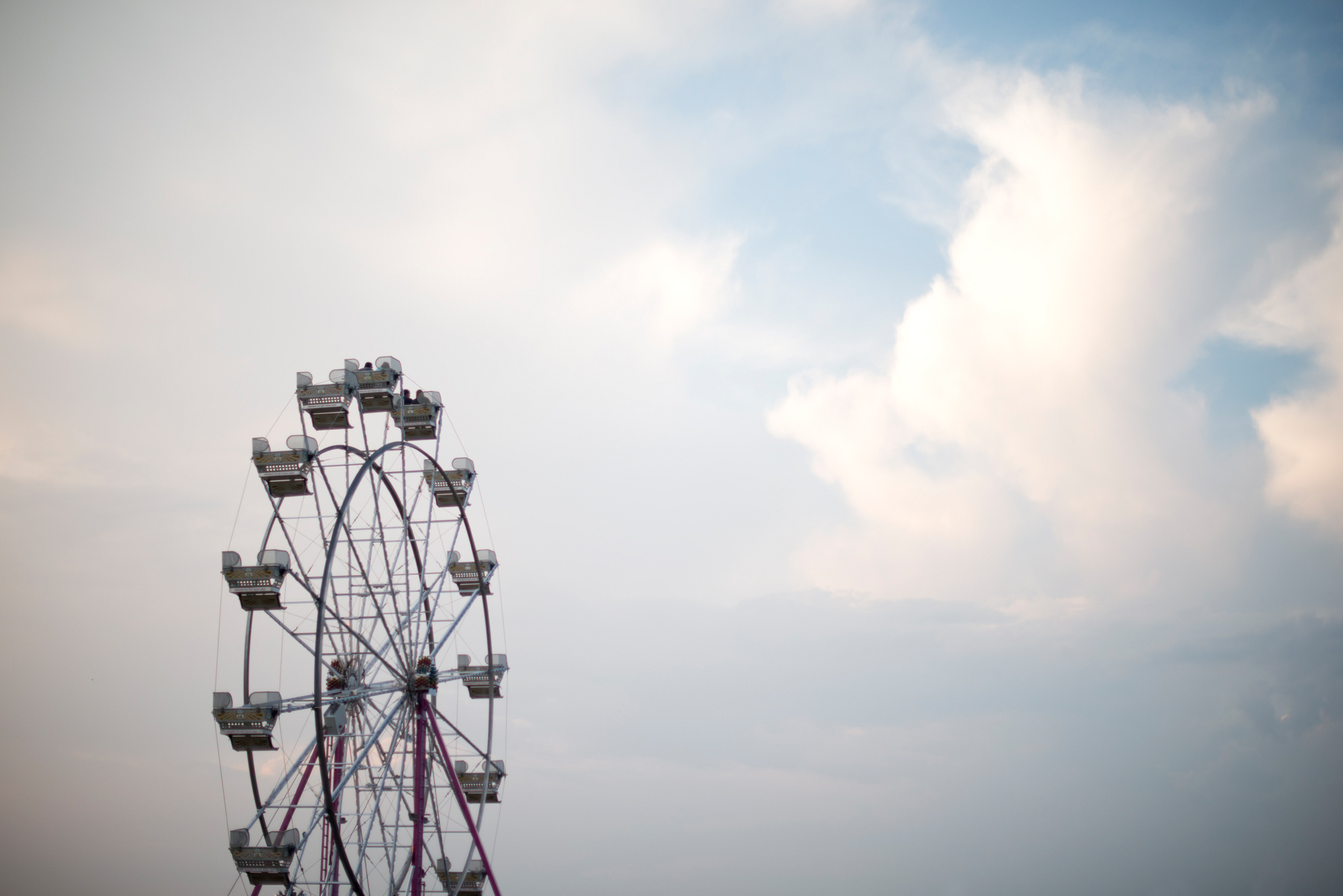 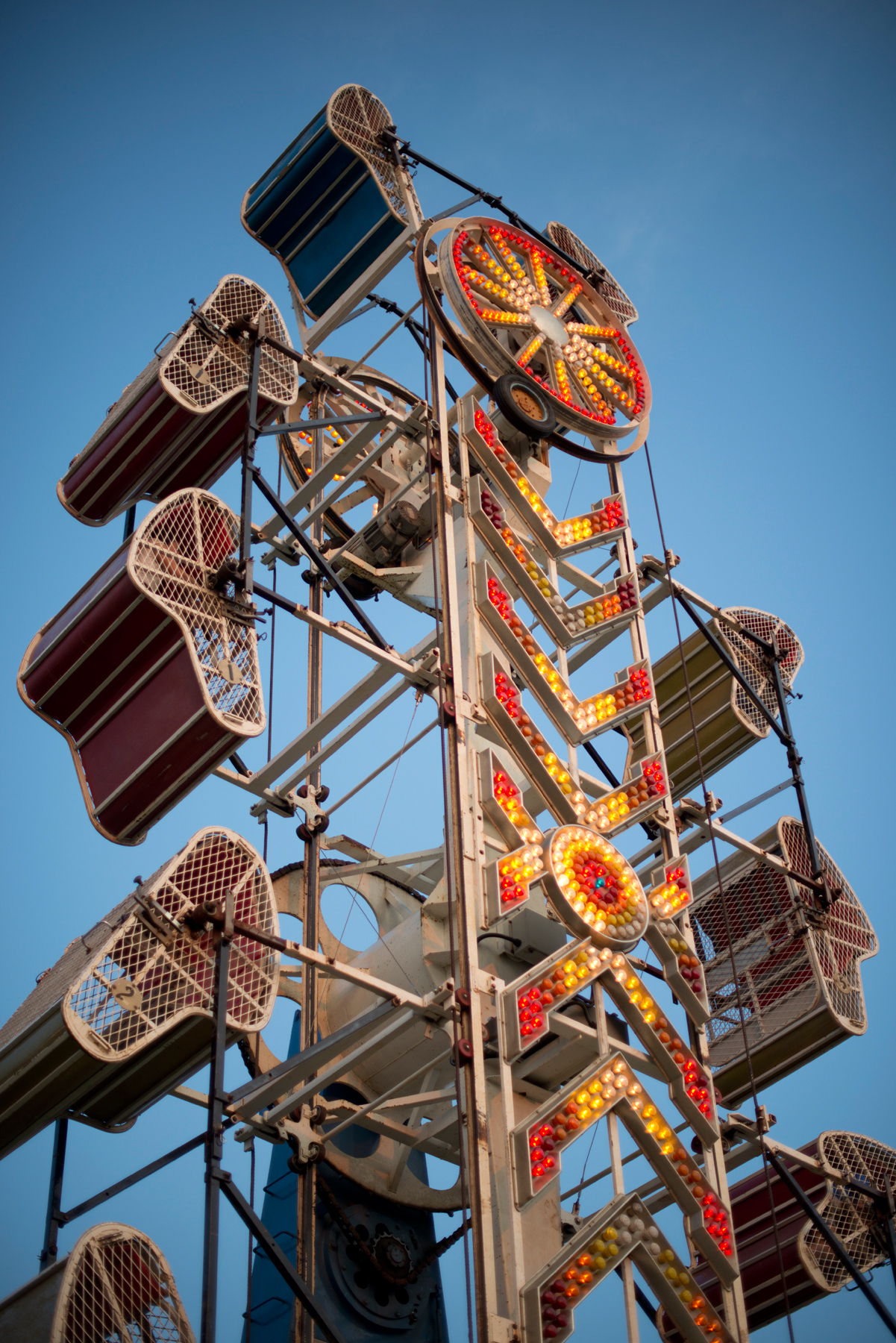 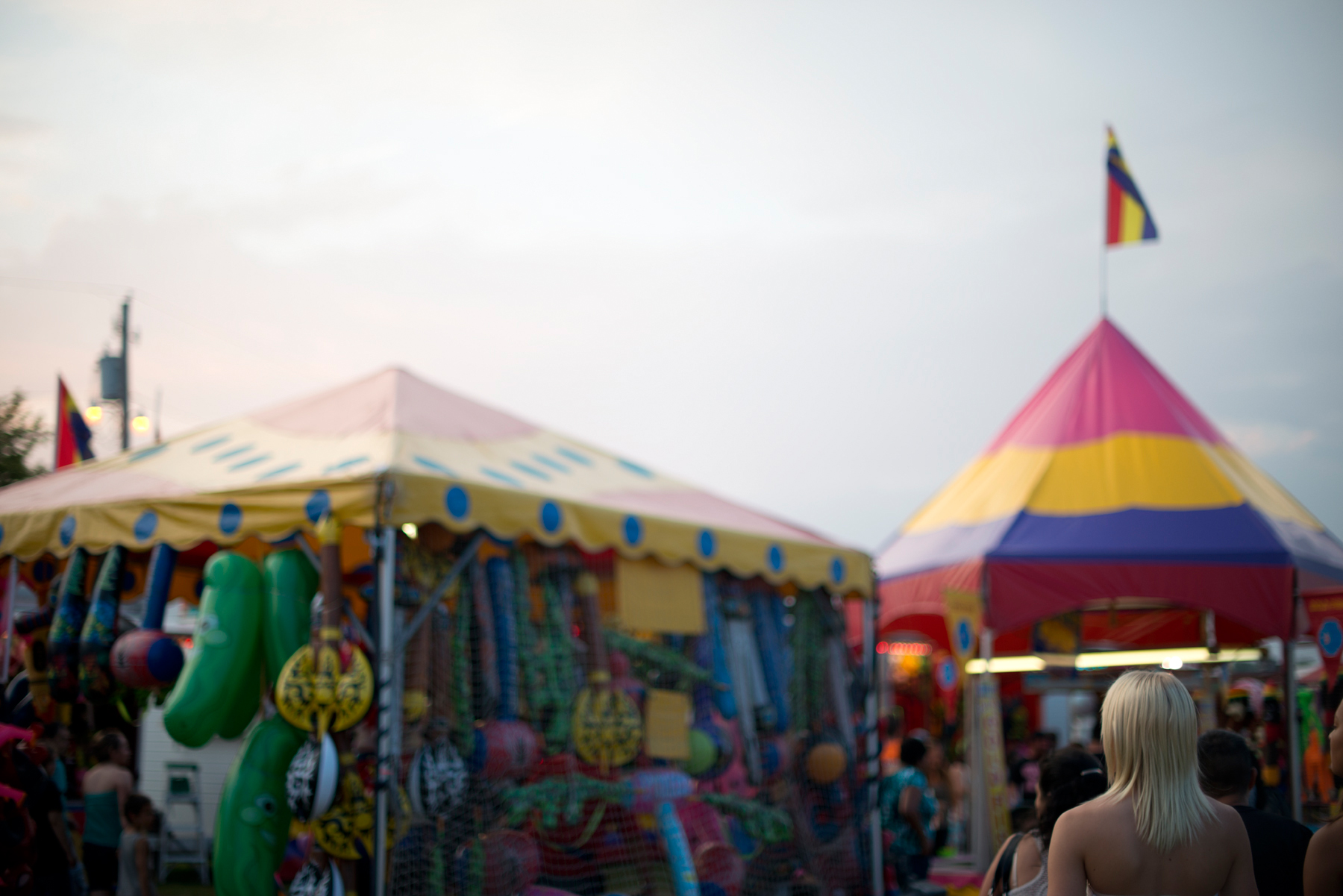 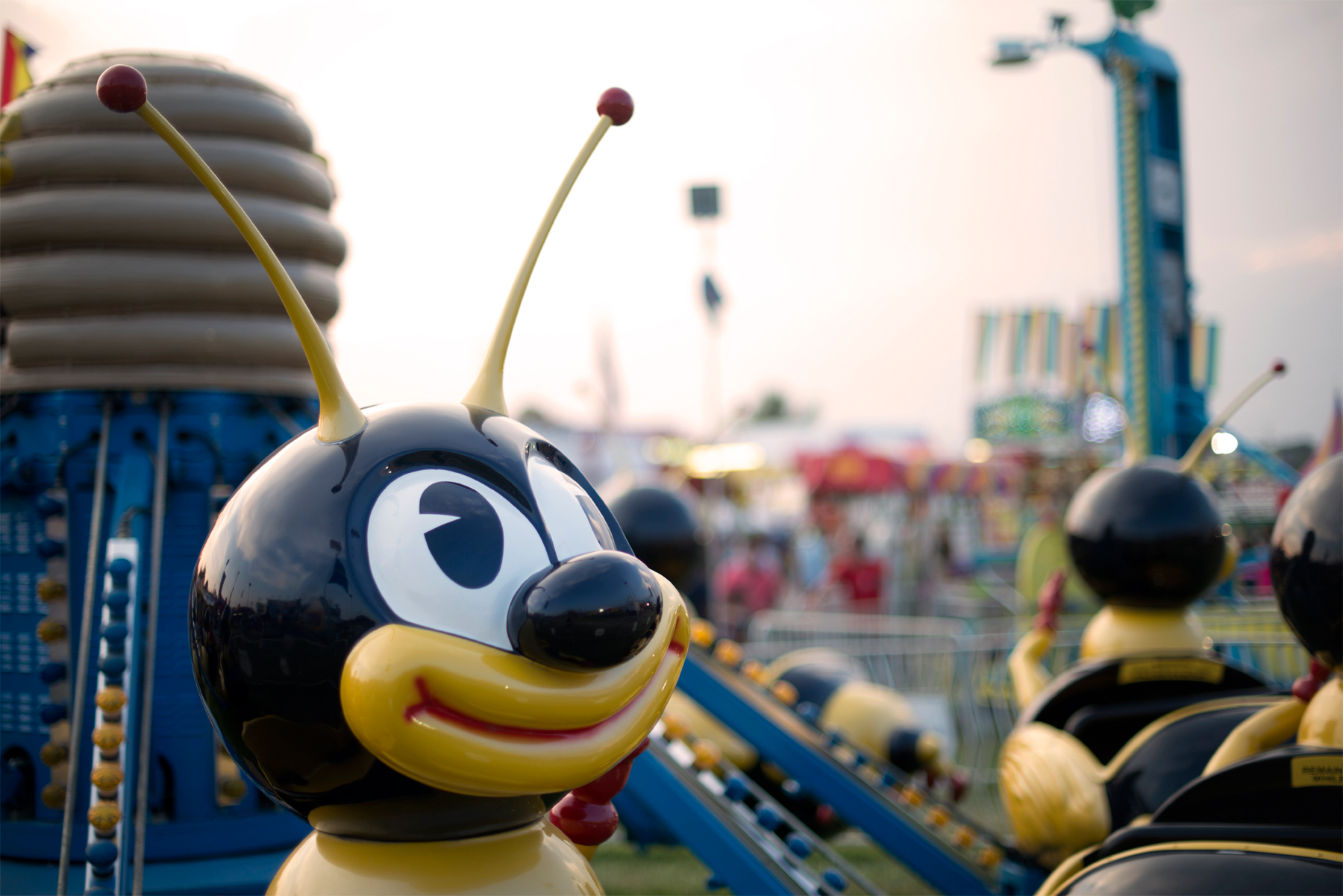 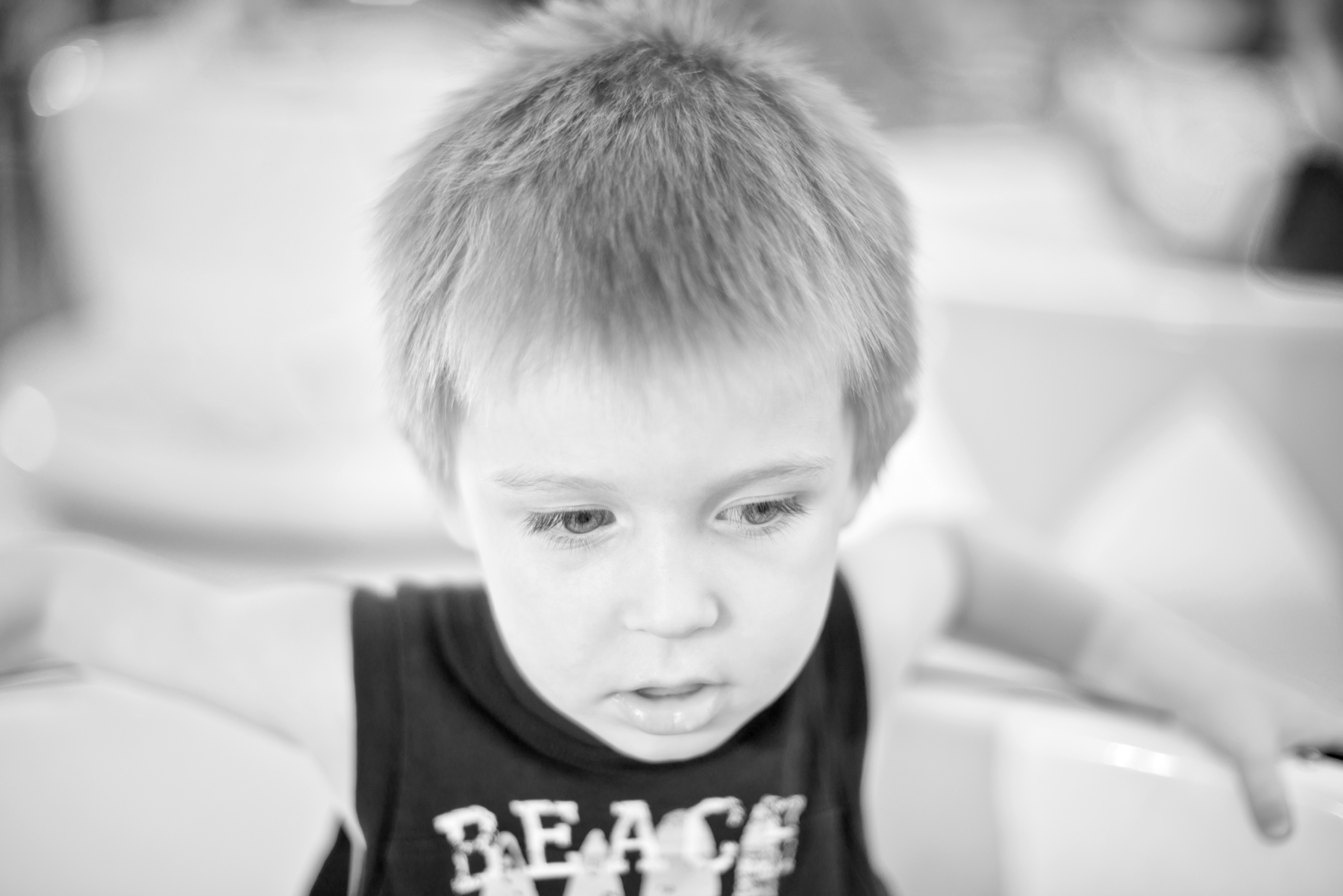 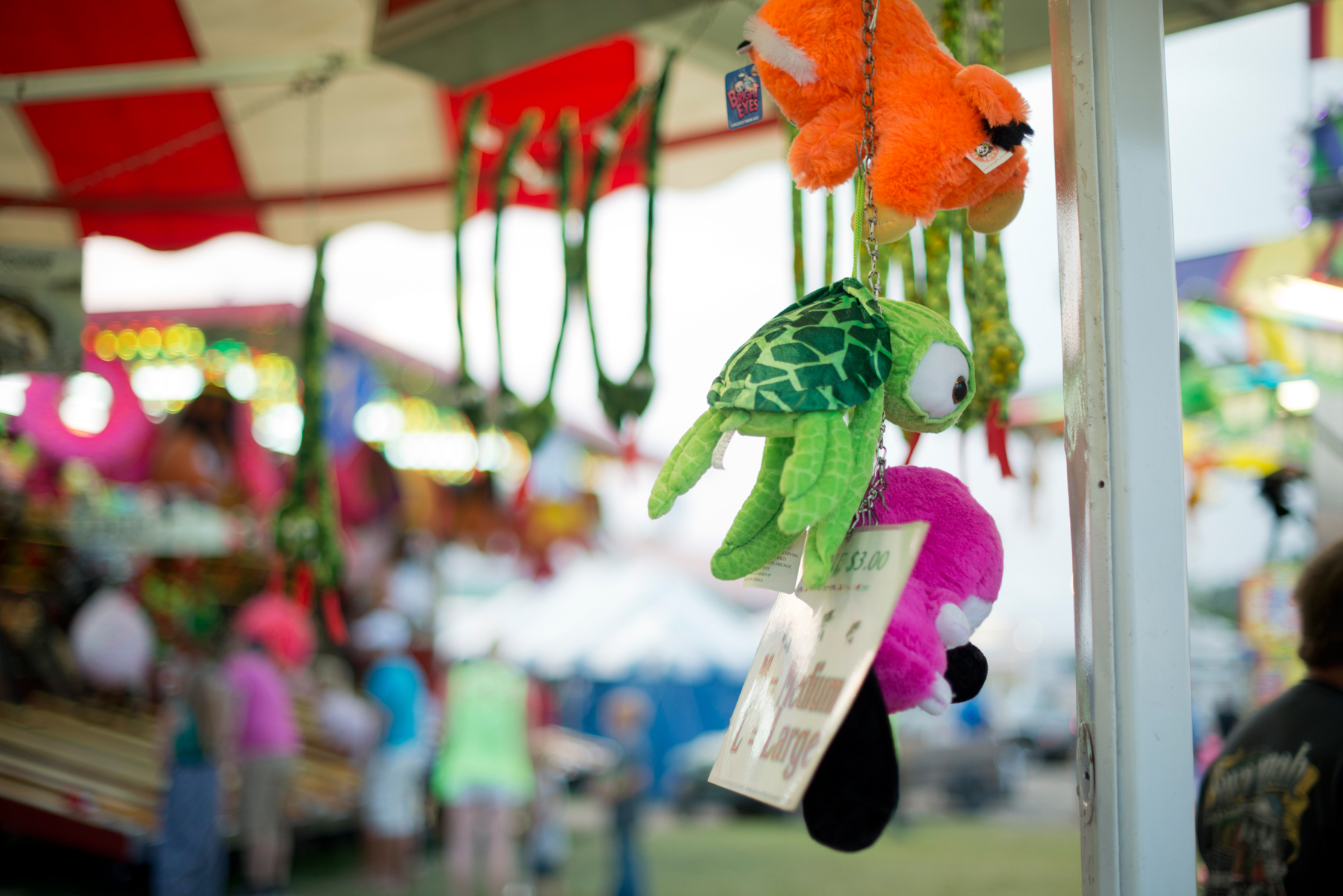 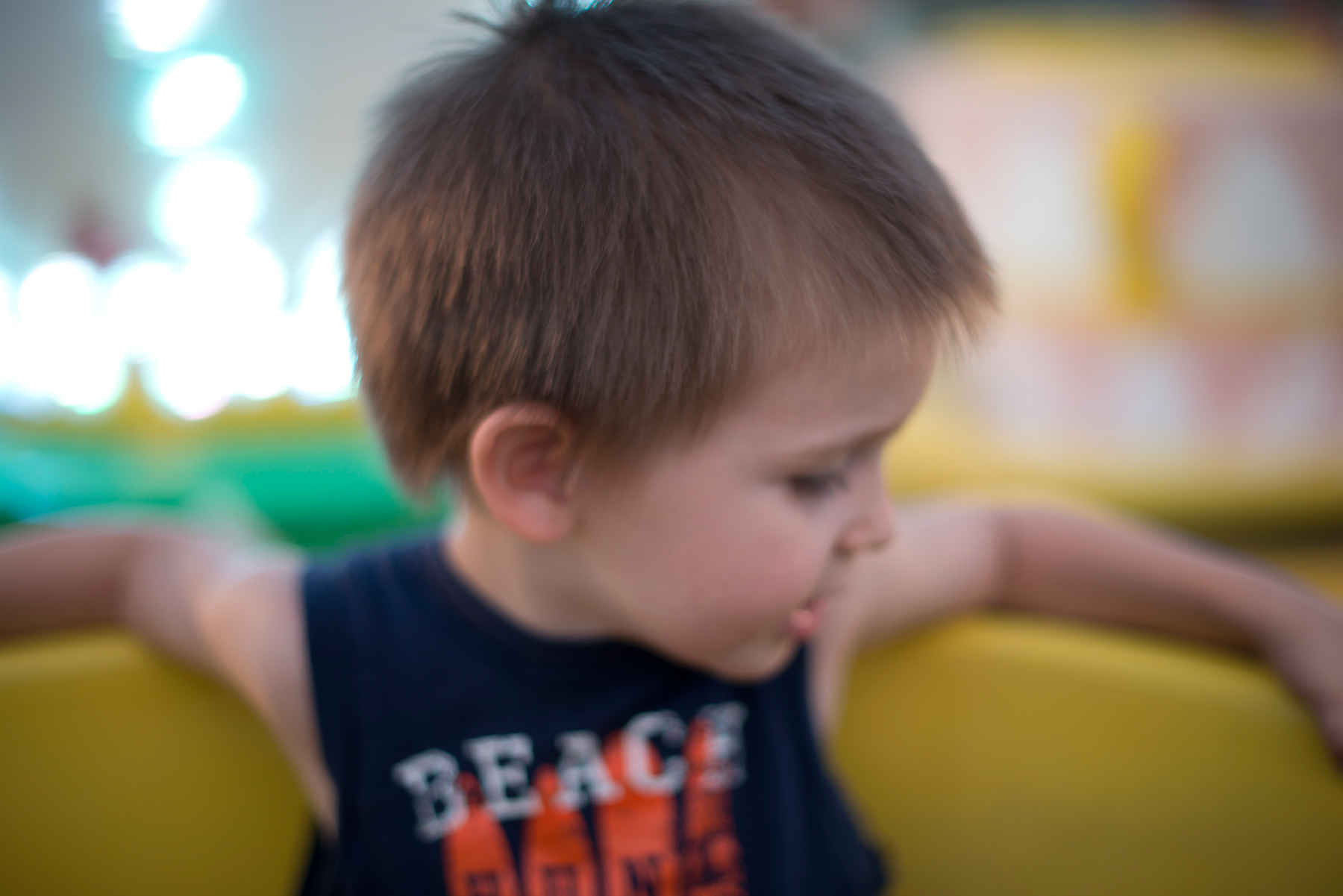 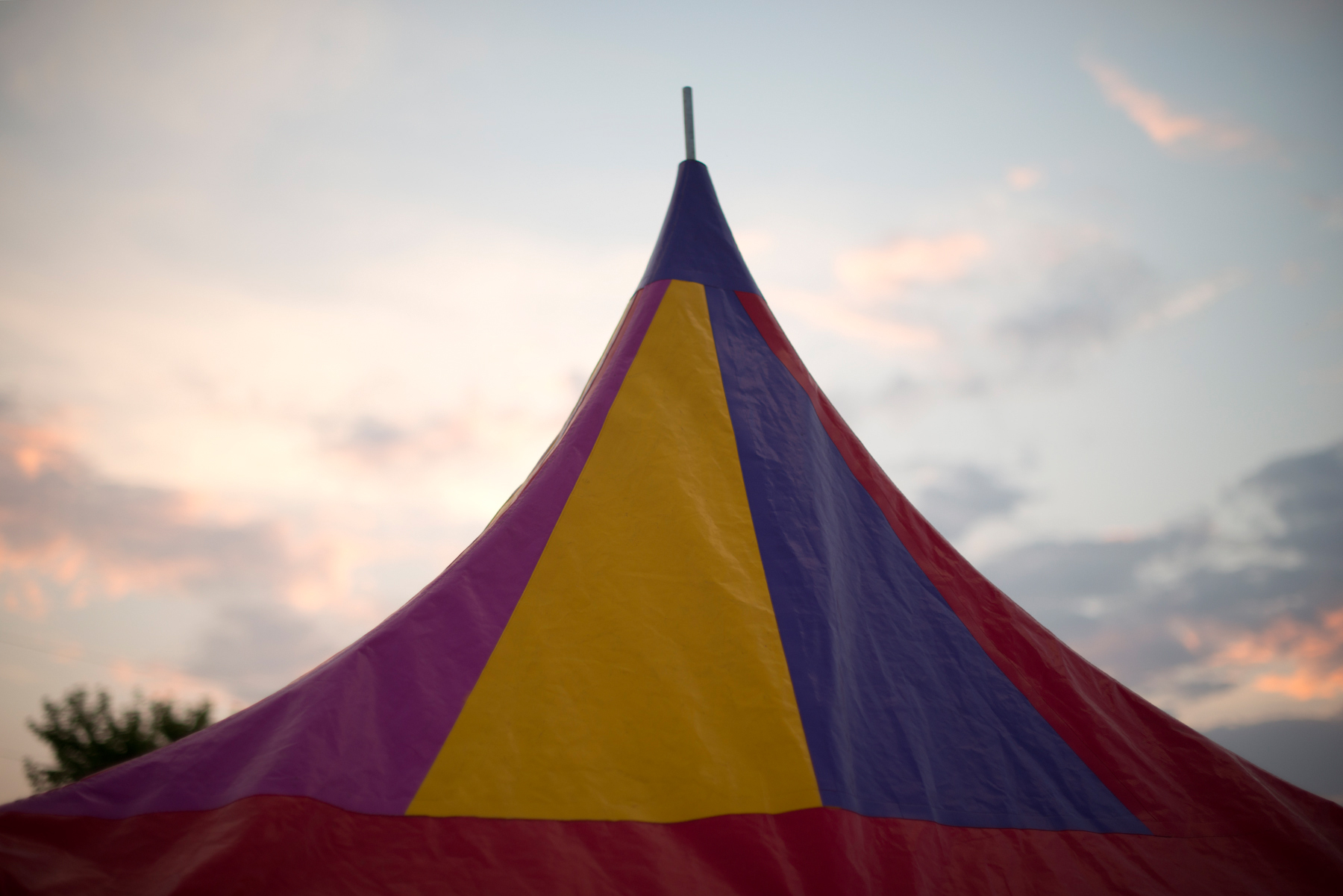 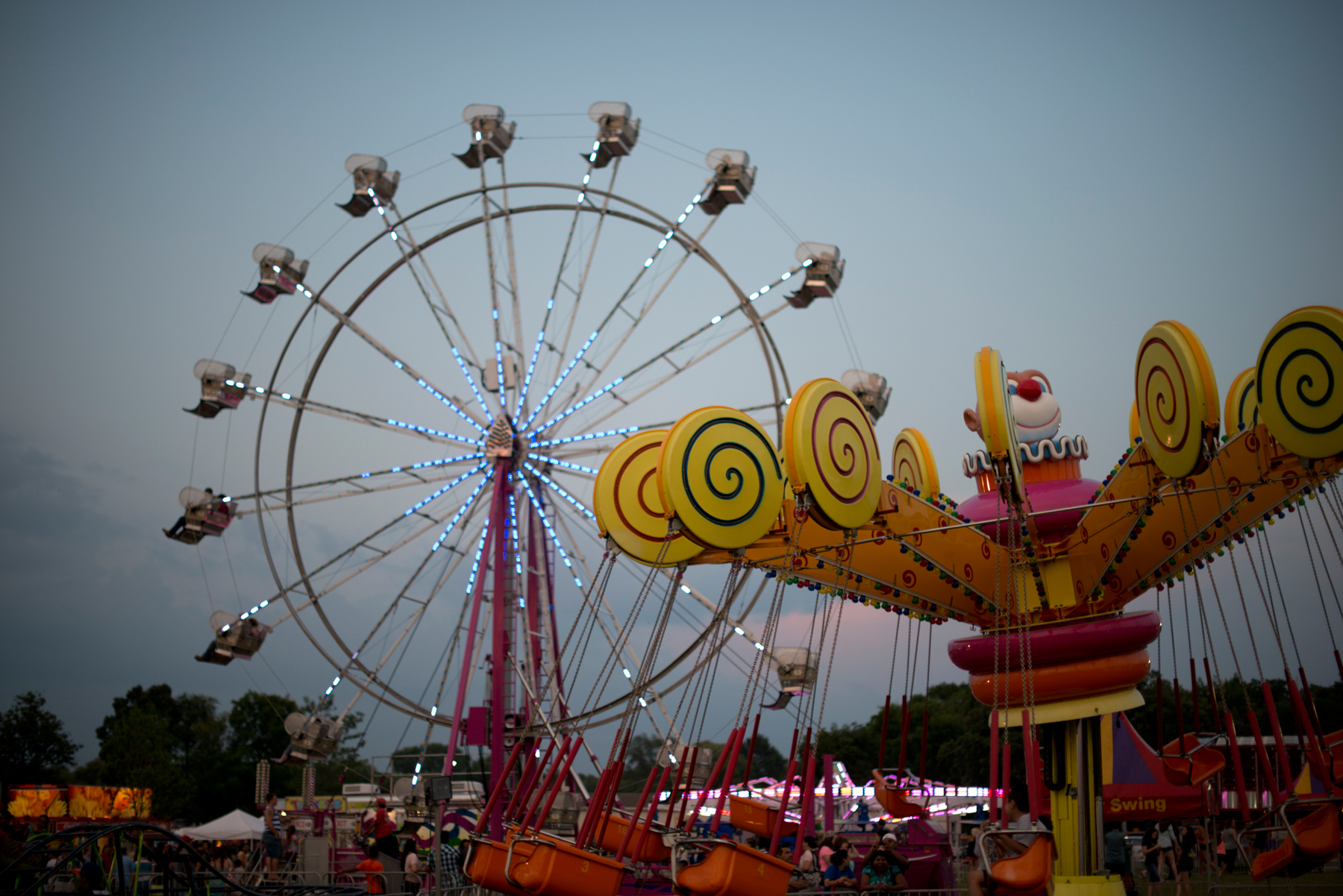 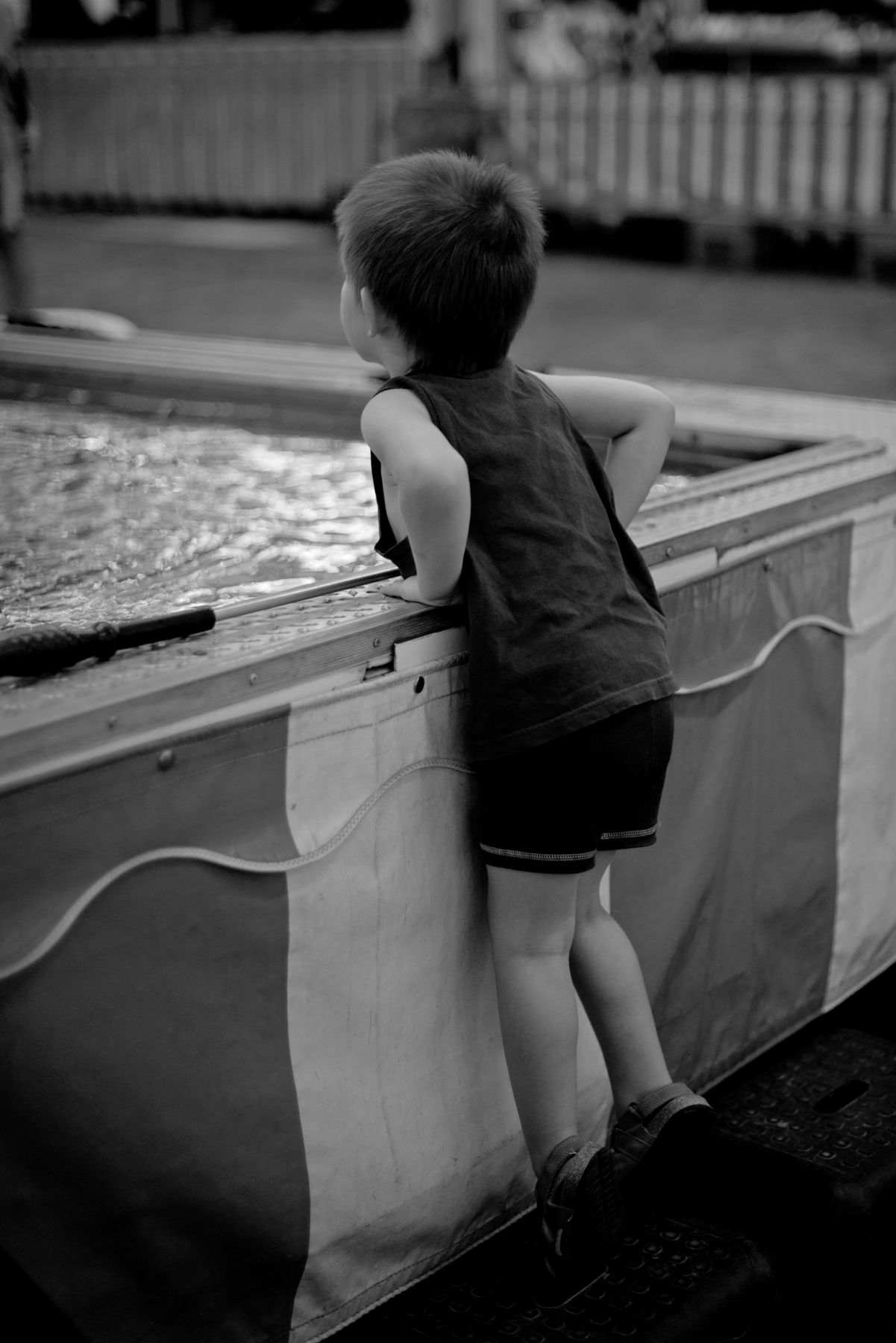 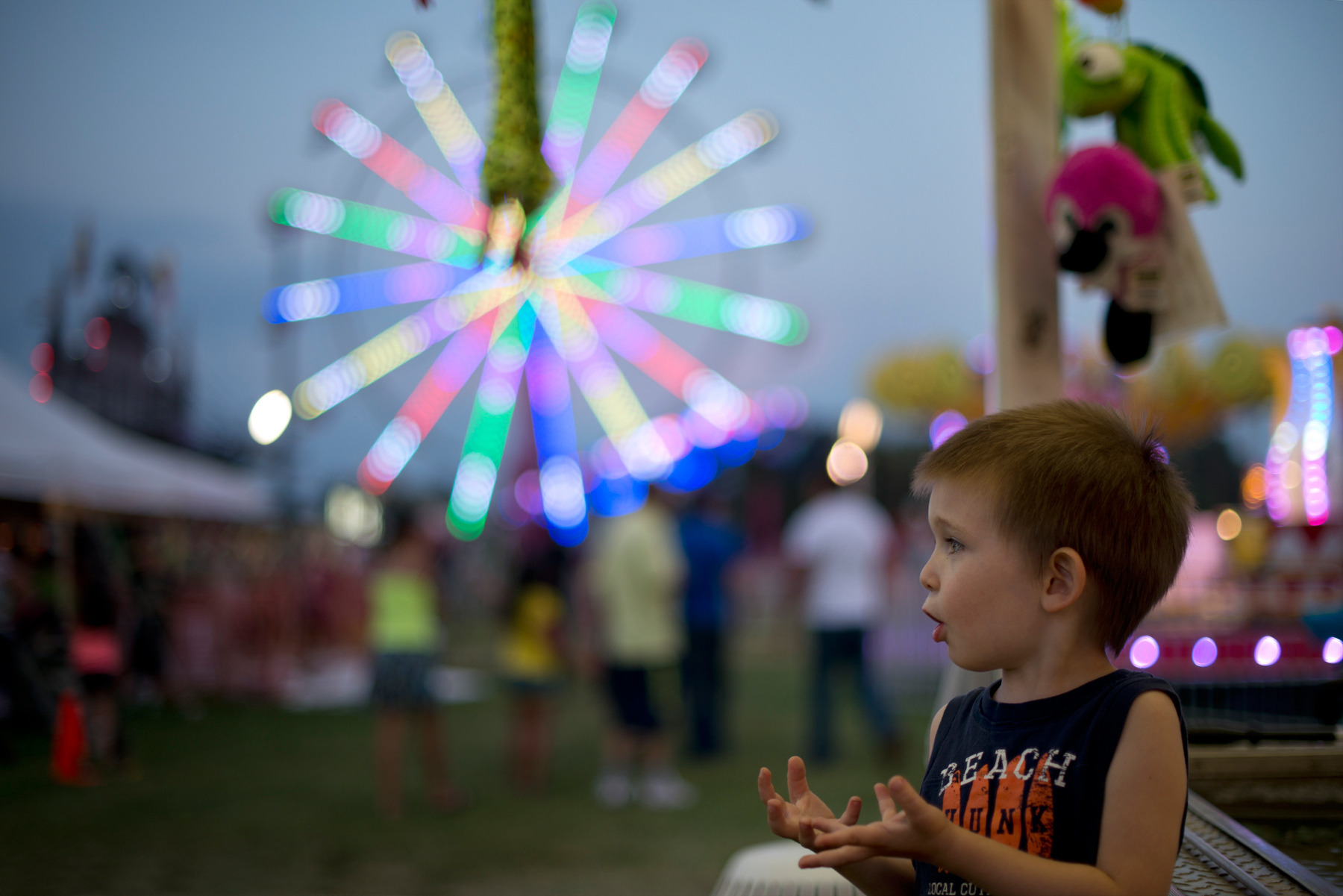 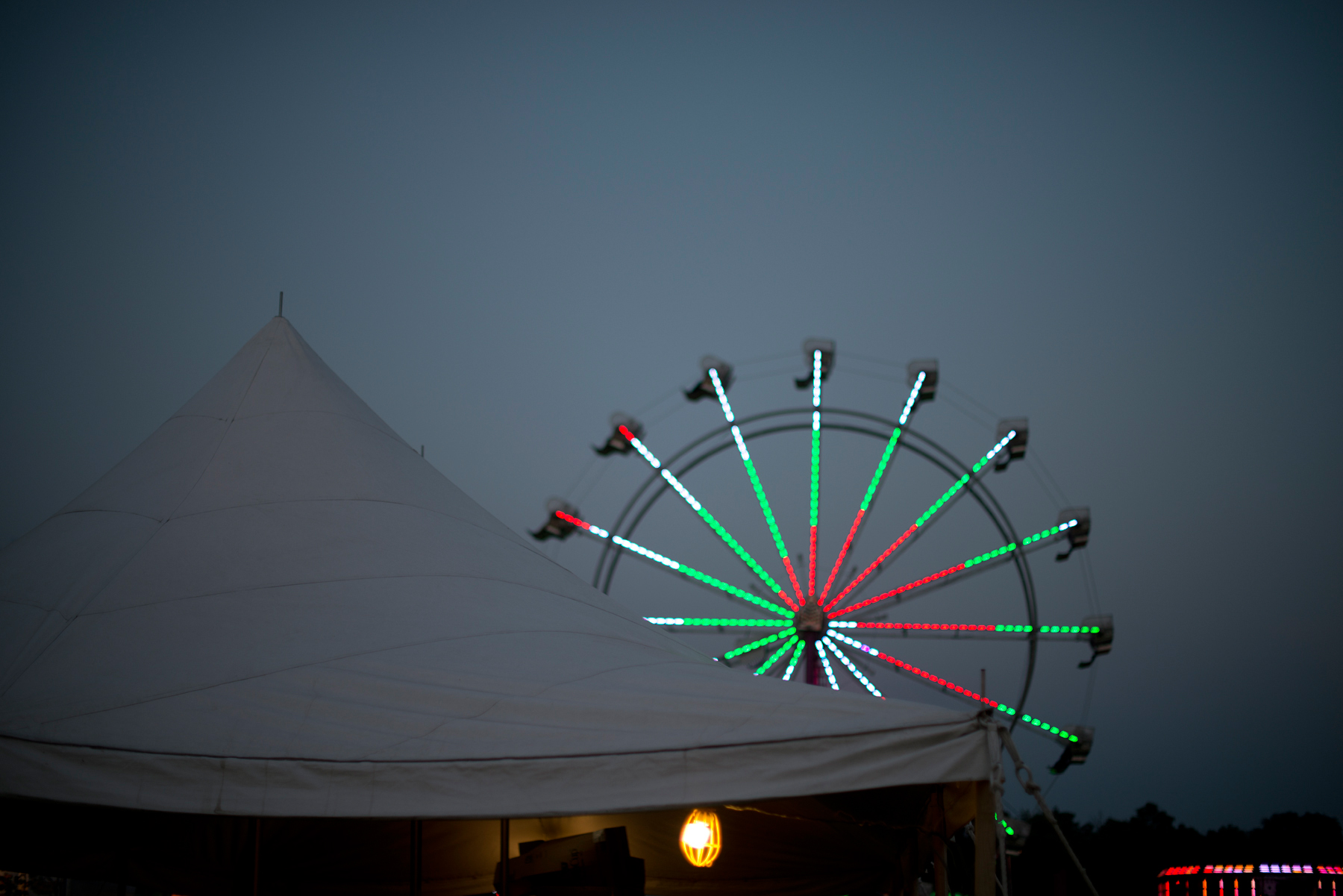 I hesitate to start my post this way… while there’s so much darkness, evil or heartache going on all around the world. But my writing about something good is not meant as a mask that might cover the pain. I, myself, have known deep pain and sorrow. All the more, I celebrate anything good that comes our way or that I find along the way, no matter how small.

My first exclamation has to do with this post as a whole. But specifically, it was said in response to solving a small problem I had. With the help of a very nice woman who chimed in on a Wordpress forum I posted a question on, I have finally figured out how to get large-format slide shows {even for my portrait—as opposed to my landscape—photos} that retain the color integrity {or most of it, anyway} of my photos! I thought it was impossible, and it certainly took me long enough to figure it out. But my persistence paid off in the end. This is good news, because I’ve got a boatload of colorful photos from our various summer activities to post.

So, below, I’ve posted a slide show of the many photos I took a while back when Mr. B, Izzy and I attended the county fair. Yes, I know there are quite a few shots already embedded above. That’s because I wanted to pick out my favorites from the 100+ that are in the slide show below and include them the way I typically post photos. The rest {which I’m happy with as well… but they can’t all be favorites!} are below.

As for the title of this post… it’s the first I’ll do in a mini series of posts that will be titled Quintessential Summer. There’s not a lot more to this series name other than me wanting to document all the things we’ve done this Summer that were the kind of quintessential things I did during my own childhood Summers. Whether we did them once {like the fair} or multiple times {like the beach or splash pad}, I made an effort to photograph those quintessential Summer activities. I brought my camera along one time for each outing. These albums will be what comprise my series. First up… the fair!

The main reason we chose to go the day we did {Sunday, the last day} was because we wanted Izzy to have the chance to see the Sunday-only demolition derby. We thought, being the car fanatic that he is, that he would love such an event. And mostly, he did… or at least after he became accustomed to the very loud revving engines. It’s quite evident in the first several photos that he was not a fan of the noise. At first, he just wanted to leave, which I couldn’t fault him for. He was also a bit bothered about cars colliding so destructively… and on purpose. But we did our best to explain that no one would get hurt because the drivers all knew what they were doing, that it was a controlled environment and that seeing those cars crash did not mean that something similar would occur when we drove our own car out on the roads…. all of which I’m sure he had a hard time believing when he saw firemen with extinguishers repeatedly running up to the scene.

If we had known just how apprehensive and bothered he would be, we would have saved the separate entrance fee it cost us to get in and just enjoyed the rest of the fair that we’d already paid general admission for. But he did end up having a bit of fun, so I guess it was worth it after all. He got to see mud flying through the air and silly cars ramming into each other. A three-year-old boy’s dream come true!

For me personally, the best part of the derby was when it came to an end… oh, and getting to watch my sweet son curiously watch with his hands over his ears the entire time. It’s all below, and as for the rest of our time at the fair, I’ll just let the images speak for themselves, and maybe wrap my post up below the slide show with some random thoughts from my noggin’ about it all.

I love to watch these two together {Izzy and Mr. B}… anywhere, especially new places… and this was no exception.

Seeing the wonder in Izzy’s eyes is just about the best thing I could ever witness. It’s amazing to see in any child, really. But all the more when he’s your own.

As we watched the derby and I observed the rest of the crowd, I kept thinking only in America would we pay to see something like this. Maybe not. Maybe this is a popular pastime elsewhere. But somehow I can’t picture it.

Our entire time there, the sky was filled with wonderful photo-worthy clouds and made the perfect back drop for my colorful photos. The light was awesome, too. Early evening is always the best. Depending on which direction I faced the camera, the sky kept changing between lighter and darker… thus the fluctuation in my photos. But overall, the sequence of the photos shows just how much and how quickly the light faded. Usually, I’d be slow to welcome the setting sun for picture-taking. But all the fair lights popped best when the sun was the lowest, so I actually looked forward to the setting of the sun. From beginning to end, I was in love with the light I was afforded in every direction and at any hour… but especially when it got to the point it was at in the last photo I posted before the slide show.

Is there anything quite as bad-for-you-but-oh-so-good like fair food is? Good thing the fair comes only once a year, and even better that I only go once in a blue moon. Though we only treated ourselves to just a few of the many choices of sweet and/or greasy morsels {cheese fries, corn dogs, cotton candy and lemonade tumblers as big as your head… the best lemonade on earth, I might add}, I pretty much wanted them all. Elephant ears. Funnel cakes. Hot pretzels with mustard. Cheesy nachos. Popcorn and caramel corn. Hot dogs. Gyros. Chicken Strips. Candy apples. Sno Cones or ice cream. Did I miss anything? Yum.

Izzy was pretty brave to ride the mini roller coaster, as well as the lolly swings {forgot what that ride is called} which get rather high. But he refused to ride that fabulous Ferris wheel. What a vantage point I would have had for photos if he would have agreed to go up in that ride with us. I couldn’t go alone… that’s against the rules. And we couldn’t very well leave Izzy alone on the ground while Mr. B and I rode the wheel. So we remained earth-bound, and instead, I made the best of the situation and got all my shots from below or while on the other rides.

Most of the shots I got of Izzy on a ride were taken on the twirling tea-pot. I was across from him in our own personal spinning tea cup. Looking back, I wish I had set the aperture differently to allow for a more in-focus background showing motion… so behind him, everything would have a motion blur, while he would have seemed still, and not a blur of movement. The shots  I ended up getting are still blurred in the background… but just a depth-of-field blur instead of motion blur.

Have I mentioned the colors? I’m not a very big color person. My home’s colors are mostly subtle. Usually my wardrobe, too. When it comes to color, orange and green have been long-standing favorites for both interiors and fashion, but I tend to let the muted colors of nature or wood tones influence my surroundings. At the fair, however, it’s different. Color is a feast for the eyes. It’s really color overload, but somehow, in a good way. Just as it is for smells, tastes and sounds of the fair, color is all about the nostalgia and memories of my younger years. It’s like getting to be a kid again, and with a three-year-old in tow, that’s not a bad thing. Giant bees, elephants, frogs and oversized, lit-up tea pots don’t hurt either.

There was something about that white tent and how the sky played off of it that I couldn’t take my eyes off of… or stop photographing. I sort of felt that way about the Ferris wheel, too.

What a fun time we had! I’m super grateful for the generosity of the person who gifted us the money to enjoy ourselves by indulging in a little extra beyond what we intended to go for. County fairs just aren’t the same if you can’t ride some rides and eat the fair fare.

I can’t wait to go back and be a kid again with my kid for at least as long as he’s a kid.