I See Them, But Do You See Them? 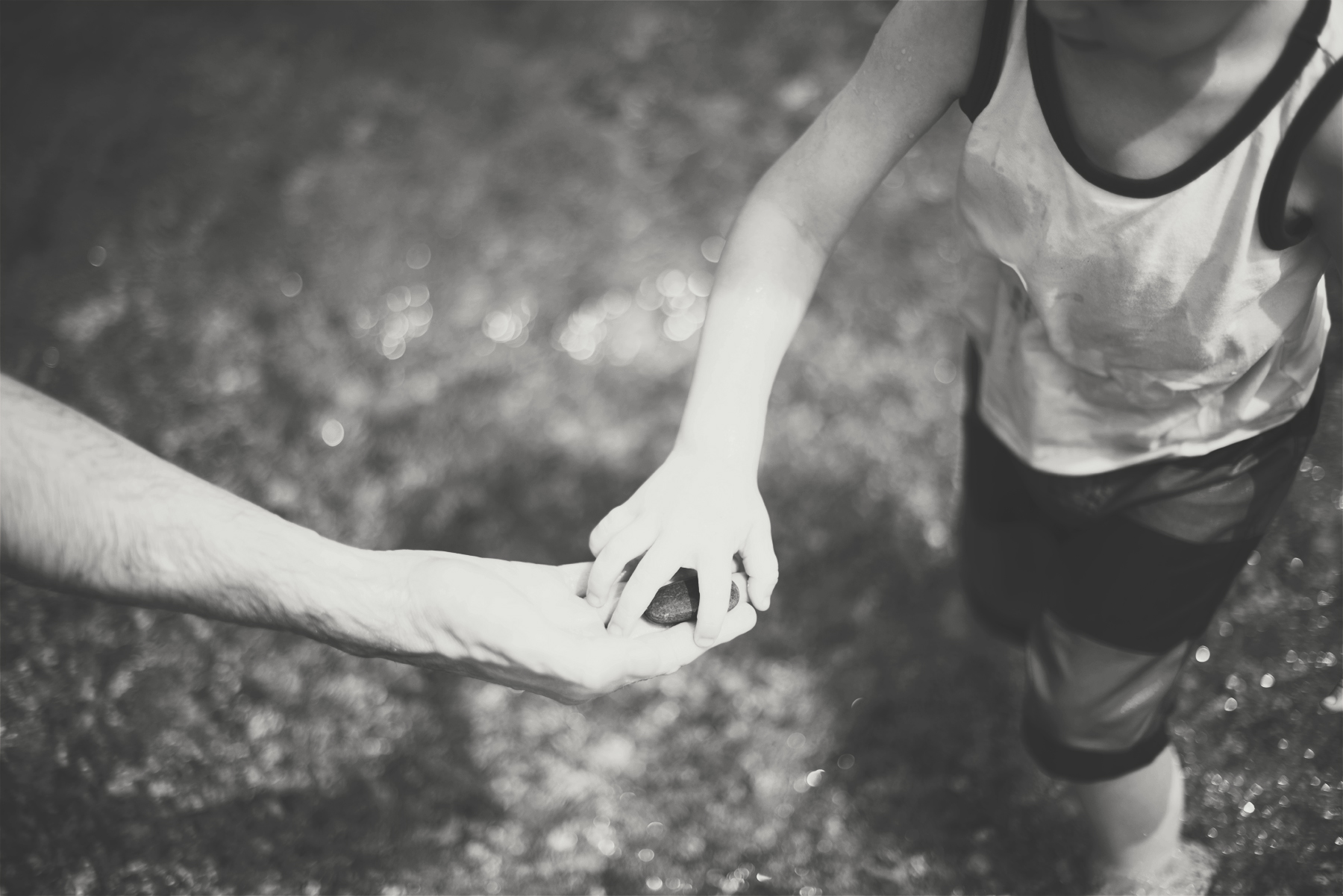 /
Last night, I happened upon the trailer {below} for a documentary film about Dorothea Lange and her photography. I so look forward to seeing the film in its entirety, and I wrote a little about why beneath the video window. The trailer is short, and very worth a watch…

As I watched this, I was most struck by the segment of the film that is seen and heard between 1:38 and 2:15. What is expressed in those seconds is what is at the very heart of why I take pictures and why I became almost instantly passionate about photography way back when, even when all I had was a cheap little point-n-shoot. It’s at the heart of the name I chose for my old blog as well as this one… explained in the first few paragraphs of my About page. Additionally, that particular part of the trailer also brought to mind some recent photos I took of Izzy, Mr. B and myself {or my hand} at the beach. I’d posted them in color here previously. But to go more with the feel of the trailer and her work, I converted them to black and white and reposted. There is another reason I include them… why I feel they relate to this film and my post in general. Throughout my years of enthusiasm in photography as a hobby {for lack of a better word}, I’ve heard or read others state {usually constructively} that being engrossed in taking pictures during moments in our lives is actually causing us to miss those moments the way we ought to have experienced them. In other words, “What did we do before cameras? We took pictures with our minds. We experienced things fully without distraction and without the barrier that is our cameras coming between the moment and our selves.” I somewhat agree with that philosophy. There have been times these last several years where I intentionally chose not to have my camera with me because I didn’t want to miss out on any aspect of someone or some place or experience… I merely wanted to fully soak it in and create something intimate and personal that could reside only in my mind. Times like those only make me think of this gem of a photography quote…
.

“There will be times when you will be in the field without a camera. And, you will see the most glorious sunset or the most beautiful scene that you have ever witnessed. Don’t be bitter because you can’t record it. Sit down, drink it in, and enjoy it for what it is!” {Degriff}
.

I’ve loved that quote more than usual lately because, with a three-year-old, I often find myself without my camera {whether I intended it or not}, but wishing I had it as I come upon something so picture-worthy or rare or once-in-a-lifetime. Like the most amazing cloud formations I’ve ever seen in my life, seen the other night, that I was not able to capture because I was driving and sans camera.

But when I see something like this film trailer and read what other photographers and artists say about photography as an art form, I am 100% on board with embracing the camera as a tool with which we might see better. One of the best quotes I’ve found about that is by Lange herself, which I’ll get to in a bit.

Though Lange’s is work I am not highly familiar with, I definitely recognize some of her more known photographs when I see them. {The photo at 0:45 in the trailer is likely the one she is most known for.} But what I’m probably more familiar with than her photos is what she’s said about photography… or the many quotes I’ve come across by her over the years. One of my favorites and the one I just referred to above is this…
.

“The camera is an instrument that teaches people how to see without a camera.”
.

I know she fully believed this… or, I should say, it’s rather evident. And it’s why she not only told her granddaughter to see her rocks and shells, but she also photographed them. I love that. It is the very reason my blog is named See Things. I so want to teach Izzy to see things… and not just see them. Of course, before I had my son, I couldn’t say that it was one of my goals as a photographer… to teach him how to see without a camera. But it was a goal I had for anyone else who might look at my photos or tag along as I took them. Now that I have a son, I hope to teach him to see things… take notice. Actually, I think he already has the instinct to be extra observant of his surroundings. It’s something I’ve noticed and am very delighted about.

He and I picked out these rocks from the many that covered the water’s edge. We talked about them and all their different attributes. I remember my college choir professor once telling me {as I sat eating an apple next to him on the bus while on a choir tour} to experience the apple before I ate it… to see it. To smell it and notice its color and shape and texture. He gave me a mini “sermon”—or admonishment, rather—on not taking anything for granted… not even an apple that might be seen simply as a snack for our road trip. I never ate an apple the same way again. I think he got that whole “see things”, too… the part that has to be there whether there is a camera around or not.

Anyway, I plan to watch the film as it re-airs on PBS tomorrow night. I have a feeling I will love it. It might just be the inspiration I’ve been needing lately.
. 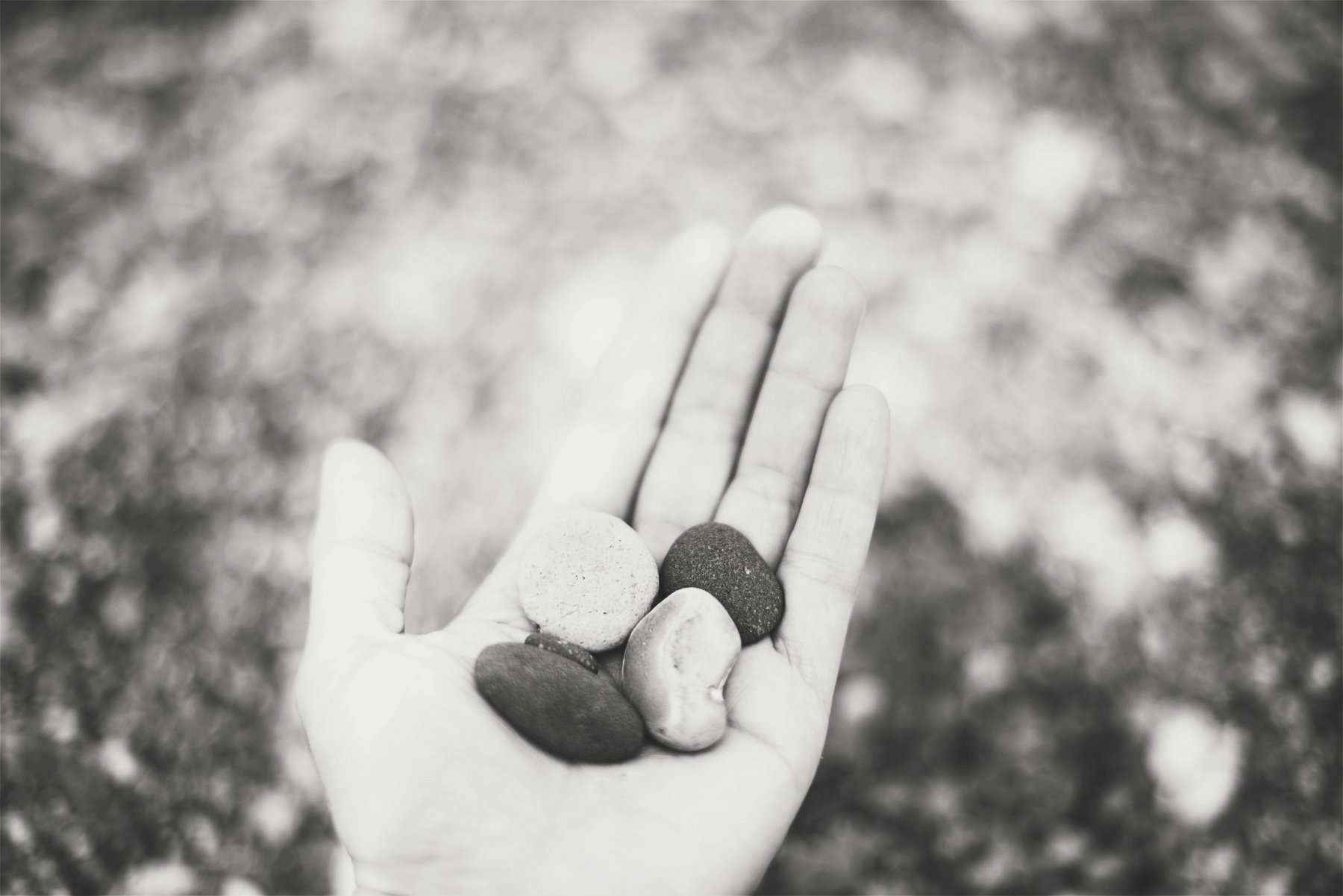 .
Here are some more quotes from Lange, as well as from other photographers, that I love and that touch on this theme {grabbed from a page of favorite photography quotes I once compiled on my old blog}…
.

“While there is perhaps a province in which the photograph can tell us nothing more than what we see with our own eyes, there is another in which it proves to us how little our eyes permit us to see.” {Dorothea Lange}
.

“One should really use the camera as though tomorrow you’d be stricken blind.” {Dorothea Lange}
.

“To me, photography is an art of observation. It’s about finding something interesting in an ordinary place… I’ve found it has little to do with the things you see and everything to do with the way you see them.” {this one’s my favorite photography quote, by Elliott Erwitt}
.

“Your photography is a record of your living, for anyone who really sees.” {Paul Strand}
.

“In my view you cannot claim to have seen something until you have photographed it.” {Emile Zola}
.

“As i have practiced it, photography produces pleasure by simplicity. i see something special and show it to the camera. a picture is produced. the moment is held until someone sees it. then it is theirs.” {Sam Abell}
.

“There is only you and your camera. The limitations in your photography are in yourself, for what we see is what we are.” {Ernst Haas}
.

“We look at the world and see what we have learned to believe is there. We have been conditioned to expect. but, as photographers, we must learn to relax our beliefs.” {Aaron Siskind}
.

“Beauty can be seen in all things, seeing and composing the beauty is what separates the snapshot from the photograph.” {Matt Hardy}
.

“Obviously we can see what was in front of the camera, but if a photograph is honestly made, it’s a bit of a self-portrait. I think it’s impossible for a photographer who is working honestly to keep this from happening.” {John Sexton}
.

LOVE that last one. By that definition, I hope I’ll always be an honest photographer.