Sometimes All You Need is Your Red Bike, Some Grape Juice, a Sandwich, Popcorn and Minions, and a Friend… a Really Good Friend 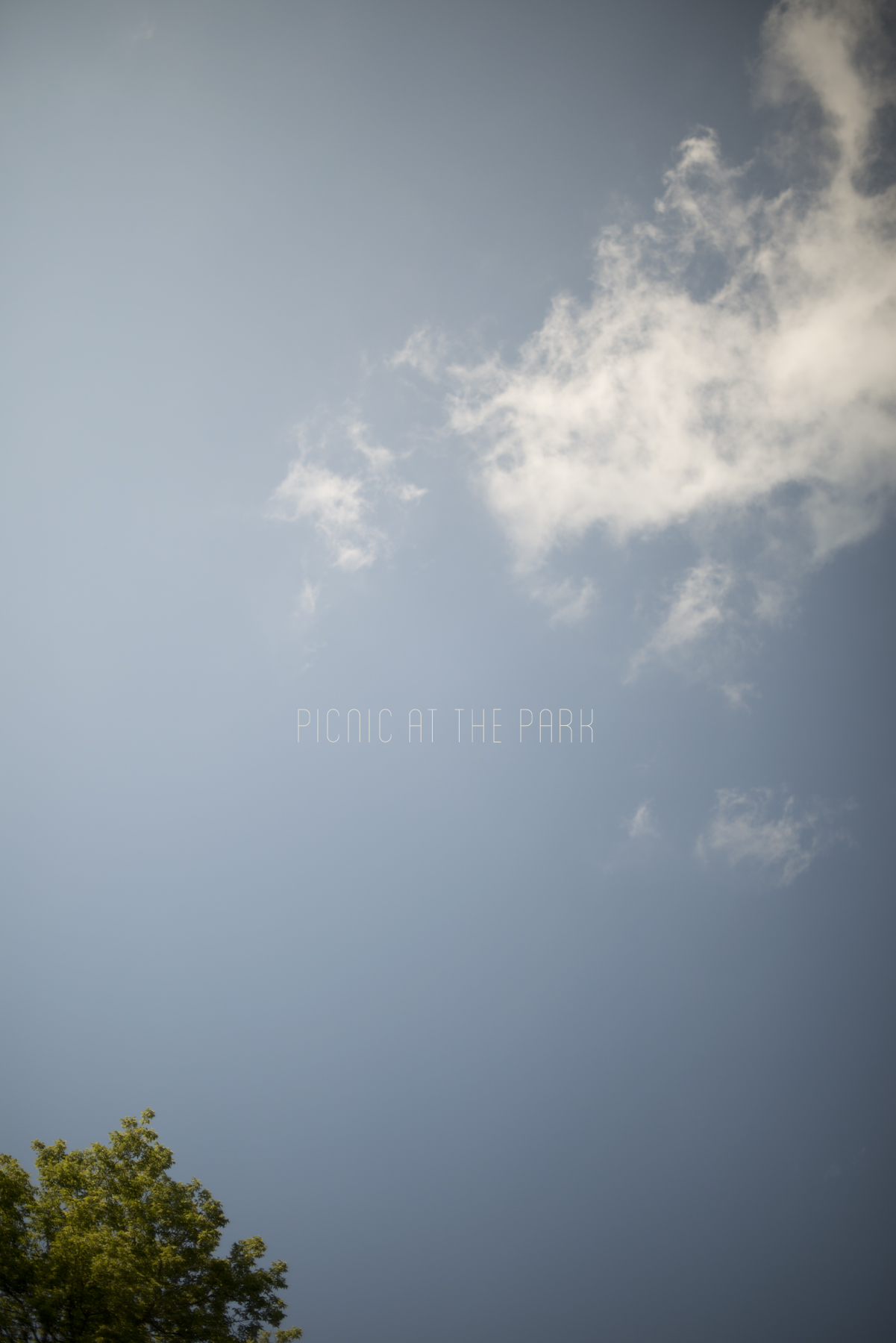 / /
This will be the first of several “how we spent our summer” photo dumps here. Today’s is from our picnic last week.

Yesterday, I spent more time than I would have liked to researching a way to get slide shows into my posts that have been embedded via external sources {like Flickr}… or, on other words, using photos hosted on another site instead photos directly uploaded to WordPress {the blogging platform this blog is on}. The reason for that is that I don’t like what happens to my photos when I upload them here. I’m not sure why, but the vibrance and color of the images changes when I do. So I usually just embed them via Flickr. It’s an extra step I wish I didn’t have to take, but it’s the only way to preserve the integrity of my photos… to keep them looking exactly as they do when viewed in my photo software.

I tested embedding a Flickr slide show on my old blog, and it worked perfectly {which was on the Blogger platform}. It just won’t work here in Wordpress. When I inquired about it on a WordPress forum, the answer I got was “If you are referring to the flickr slide show error message that appears that they do not support slide shows appearing in a frame, it is a known issue without any current solution.” Okay. I can live with that, WordPress. But then, can you please just fix the upload change that happens… or eliminate it? Then I will be a happy WordPress camper.

To illustrate how annoying the loss of photo integrity, look at the difference between this photo that resides on WordPress and that same exact photo as it looks on my Flickr site. Noticeably different, right? *pout*

Well, all that to say, I have far too many photos from our Summer to post in the normal format that I usually use {where each photo takes up its own post real estate, one after another, for the viewer to scroll down to see}. I’d have either far too long of posts or far too many posts after dividing up all the albums I want to publish. So I am forced to use WordPress’s gallery/slide show feature. Last time I did this, I used the smartphone-shaped slide window. But I didn’t like the small format, so this time, I’m creating a gallery where all the photos can be seen at once in a varied-size gallery layout {below}. But the photos can also be viewed as a slide show… just by clicking on any one of the photos. This will enlarge the photos and make them viewable one at a time with the ability to scroll through using the clickable arrows or by swiping {if on a tablet or phone device} or by using the arrow keys on the keyboard. {I’m throwing that—what might seem obvious to some—in for any reader who might not be as tech savvy as others.}

This is how I will be posting most of the photos I’ve accumulated over the Summer and haven’t had a chance to post yet. But who cares about all that, right? If you come here to catch up on all of us {eh-hem, Mom}, then you’re just here to see Izzy… not for a dissertation on how my photos and blog functions work, right? So, I’ll get right to it.

Izzy and I went on a picnic last week. We had little in the house to pack anything worth writing home about. That is to say, none of what we brought on our special little picnic was Pinterest-worthy. But it was the best little picnic pack I’ve ever partaken in. I scoured the fridge for whatever could make a modest-but-tasty sandwich. Roast beef with cheese, mayonnaise and mustard on a ciabatta roll is just perfect for me, and my little picnic date thought so, too. I threw in a couple of packets of his favorite Minion fruit chews, popped a bag of Orville’s Simply Salted Popcorn, and filled his bike-friendly sip-cup with cold grape juice for a hot summer day… and then we were off. The simplest of picnics I’ve ever been a part of. And it was mostly his idea. I couldn’t resist when he asked me to go along.

Unlike most of our park visits {which have always been sans food}, we went in style. He on his red tricycle {a first}. Me with my rarely used canvas and rope beach bag in place of a clunky picnic basket. The juice and Minions went with him in his little tricycle trunk.
. 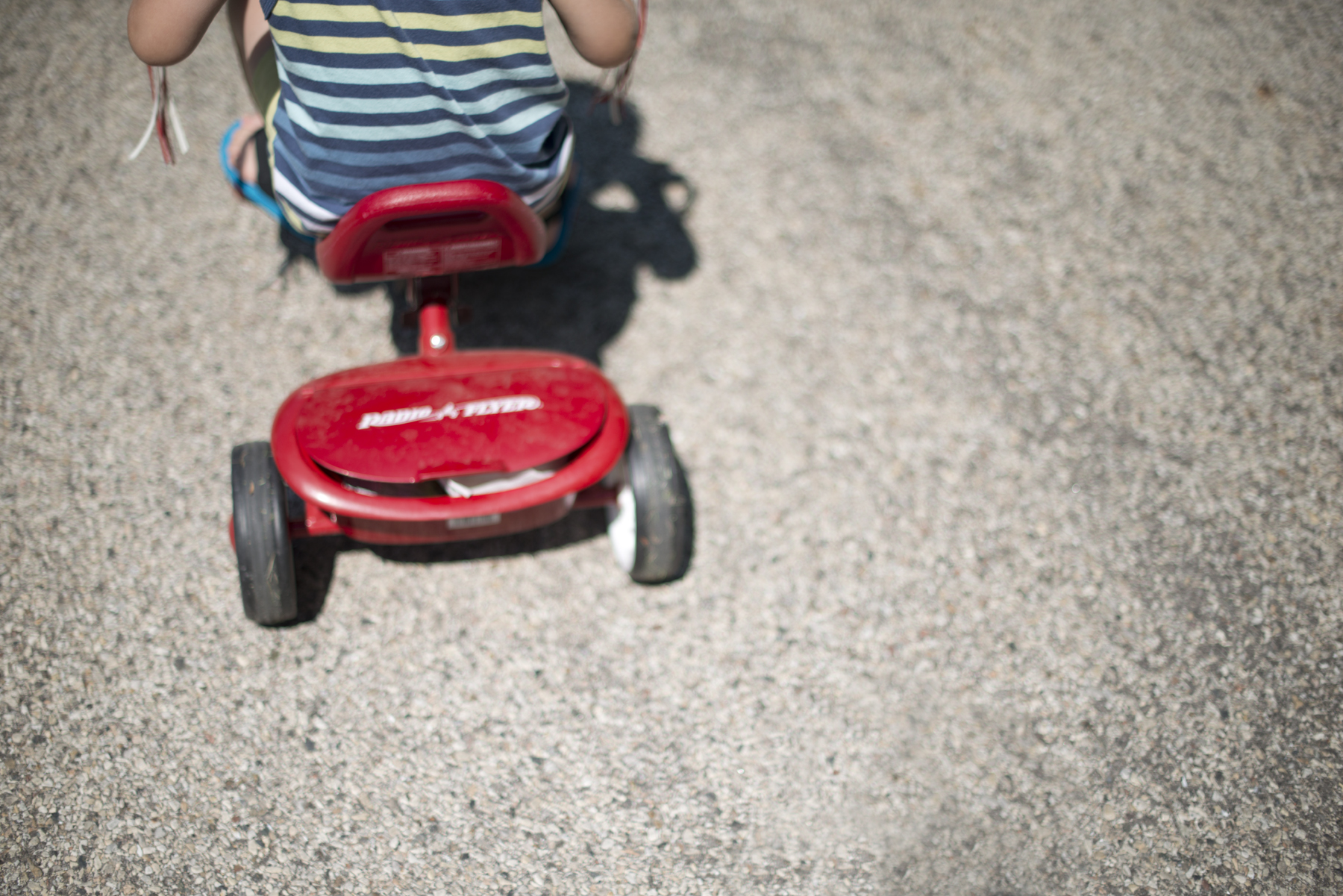 This was a very important request that would have prevented us from going had it not been fulfilled.

Just him and me.

Possibly one of the sweetest times I’ve ever shared with him.

So here we go… click this one ↓ to start at the beginning. Scroll through to see them all, as well as any captions I’ve added to expound on our date.

This is the main stretch of our trip to the park. There are hills… little ones, but still significant when you’re only three. I just knew he’d sleep well that night after riding his bike all the way there and back. Sure enough, he did.

His eyes are very sensitive in the daylight… something I still intend to look into. It’s really hard to get him to look up if we’re outside mid-day. Thus, the squinting, cheesy smiles… which I love every bit as much as the “normal” ones.

Roast beef on ciabatta with Minion fruit chews, popcorn and grape juice. Makeshift picnic fixin’s if I ever saw any… but delicious and sustaining none the less.

He’s very friendly to the earth. “Mama, I will throw these out, notherwise I’ll get Earth messy.” Good job, Isaac!

We had ideal shade from the hot Summer sun, with a perfect view of the park all to ourselves

This just makes me happy and sad all at the same time. I remember when we gave this to him… for his second birthday. I was pregnant with Anysia. I thought at the time, “This child will get to ride this one day, too… after Isaac has outgrown it.” It will never be. That’s the sad part. But I love how it looks parked there as he plays. I love that he’s riding it now, and has mastered the coordination it takes to do so. I’m sad that it won’t be long before he has outgrown it.

It’s not a fancy or big park by any means. But it’s full of beautiful trees. And it’s a little oasis in our neighborhood that has meant much to me since we moved here.

There were a couple trees with these little animal abodes in them. What could be more curiosity-triggering to a three-year-old than that?

These pretty little dandelion-like wild flowers grow along the stream. Isaac picked one for me. He’s always doing that. And I always smile when he does.

This was the best part of the day. He shyly inched his way over to three young teenage girls sitting by a cluster of trees. He was too shy to walk right up, so he slowly approached them, only to arrive a few feet away and throw handfulls of grass toward them. They thought he was sweet and started asking him questions… like “what’s your favorite color?”. I was suddenly not even “in the room.”

When he was finally brave enough, they invited him to sit down with them. They all chatted, and it was the sweetest thing…

…until they had to leave. He watched them walk away in disbelief.

Then he sat in their spot to wait for them, because they told him they’d be back.

And then he waited some more…

He finally got the picture that they’d be gone for a while, so he found something new to preoccupy our time.

And then, I was once again his date.

He even gave me a pretty little yellow leaf.

He found another tree with an animal-hole. This time, he was brave enough to dig into it with a twig. It wouldn’t be a true outing with a three-year-old boy if he didn’t somehow find a way to get dirt under his fingernails. =)

We sat under this tree for the rest of our picnic excursion, because, well… there was no better place to be.

We watched the clouds go by. And that’s how you end a perfect date, with your perfect date.

Until I can find a better slide show solution, this is how I’ll post them. I’ll have several more Summer albums coming over the next couple weeks. Lots of photo dumps to catch up on before Autumn starts, and with it, the picture-taking of our little man out among all the colors Autumn brings.

13 thoughts on “Sometimes All You Need is Your Red Bike, Some Grape Juice, a Sandwich, Popcorn and Minions, and a Friend… a Really Good Friend”