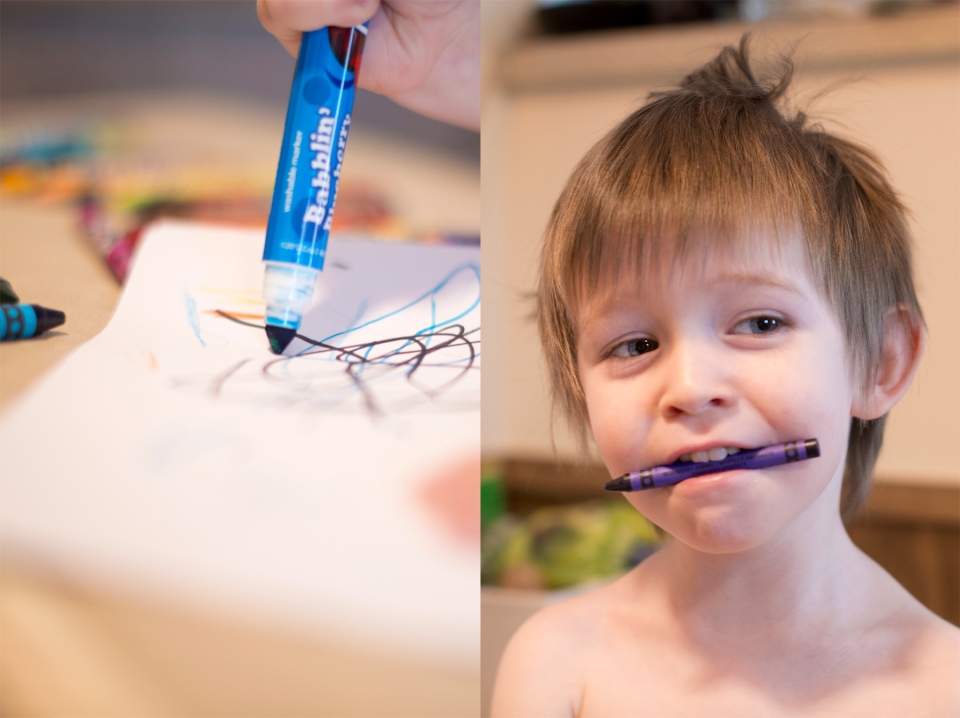 / /
“Every child is an artist. The problem is how to remain an artist once we grow up.”
~Pablo Picasso
/ 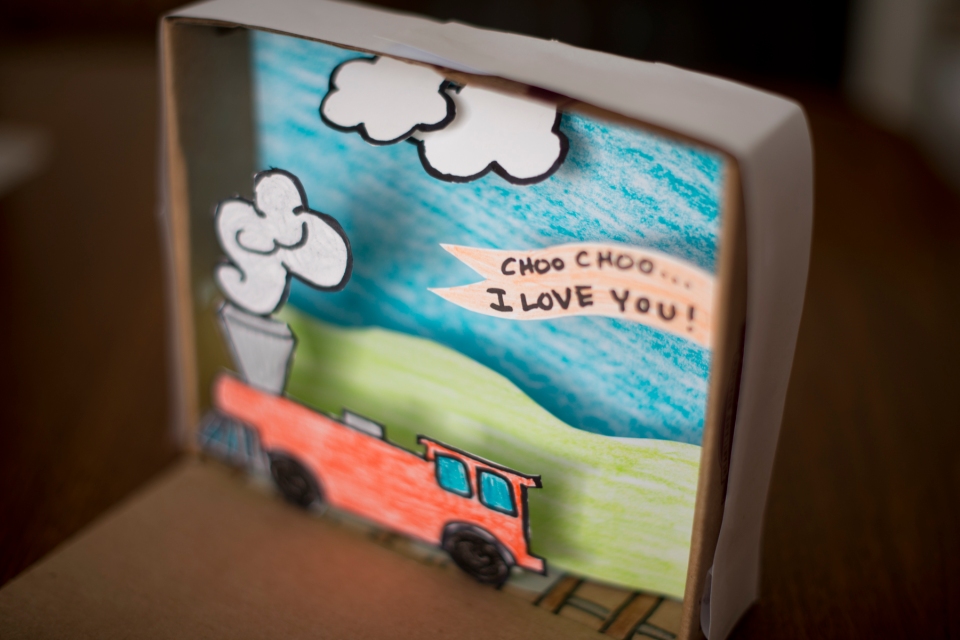 I thought I would get some shots of Mr. B’s Valentine from Izzy {and me} before it gets smushed in a box somewhere or before the giver rips each delicately scotch-taped piece out of its place. Never again will I spend this much time helping my son make a valentine for his dad. Come next February, he’s on his own. By then, I’m sure he’ll be crafty enough to make a valentine entirely on his own for his best pal {which would make it a pal-entine, no?}.

We had fun making this. I guess you could say I did most the work. But a lot of delegation and color choices went into this masterpiece by the project’s all-important foreman… my son. I had more fun watching him scribble {what he REALLY wanted to be doing} while I scrambled to get it all done before Mr. B arrived home from work. But the most fun I had was watching Mr. B’s face when he came through the door and was handed his first-ever valentine from his little guy, which he promptly and proudly displayed on our dresser next to his side of the bed.

I used a leftover box that previously contained gifted Omaha Steaks jumbo hot dogs {thanks, Grandma!} as our little valentine shadow box. I drew the shapes and cut them out, then let Isaac pick the colors and help with coloring them in. After that, we taped it all together.

It didn’t turn out exactly how I’d envisioned it, but that’s okay. Better to let creativity flow and have it come out a little different, than to stick to an ideal at the cost of having fun.

Mr. B brought home chocolates for Izzy and me and said, “I think I got the better end of the deal on this one.” But I quickly disagreed. I was sure he knows about my weakness for chocolate. Clearly, though, he does not know how over-the-moon his son is when given some. Well… now he does, if he didn’t before. Chocolate would make up all three of Izzy’s meals every day if he were left to his own {de}vices.

Anyway, since this was probably my last elaborate valentine-making with the boy, I had to document {as proof} that it happened at least once. Of course, any time I can capture my little arteest doing something creative, even if just scribbling, I will. It’s one of my favorite things to observe.

There will be a lot more documenting of his artistic endeavors over the years, I’m sure.

← Undefeated
What I Remember, Before I Forget →

9 thoughts on “For his Pal-entine”